The president of Business Cercle Marina Alta, Sonja DietzIt has released the companies that will be recognized this year CEDMA awards gala to be held on Thursday March 5 in the Denia Marriott Hotel. 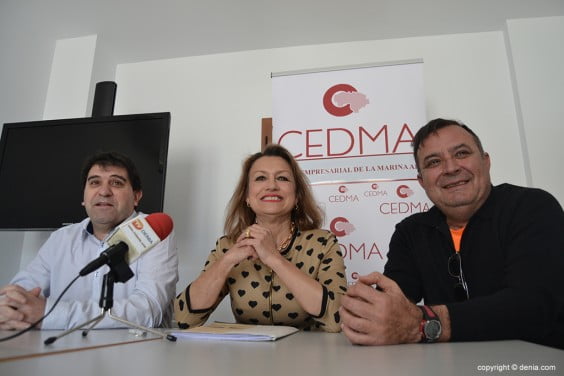 This year's winners will be the active tourism company Tururac, Plumbing Fernández Moon and Pharmacy Archduke Carlos, Aehtma nominations by the Association of Builders and Allied Companies of Denia and the Association of Pharmacists, respectively.

Tururac It has been awarded for its more than 15 year history, becoming the first active tourism company of Valencia that transmits the values ​​of national and international natural resources of the region to its customers.

The candidacy Plumbing Fernández Moon The jury praised his driver, Antonio Fernández Luna was an entrepreneur in the late 80 years, creating a company that grew to 60 jobs during the tree construction and even today, when times are harder, has a staff of 20 workers.

The jury also valued innovation in the company with the addition of other services such as air conditioning, while greatly appreciates the quality service offered and its important links with sporting events.

Finally, the Pharmacy Archduke CarlosOf MªPaz Antonio, it has been recognized for over 45 years of professional experience in an open pharmacy in a popular neighborhood and is now run by the second generation of pharmacists.

The winners will receive their awards next March 5 at a gala It will involve the speaker José Luis Pastor and which it will be given special importance to entrepreneurs and business associations that are part of CEDMA.

By far they have confirmed their attendance at the gala Vice President of the Valencian Government, José Císcar; the Regional Secretary for Industry, José Monsonís, and the Director General of Tourism, Sebastián Fernández.

The last gala of this directive

2015 of the gala will be the last of the directive headed by Sonja Dietz, since next June ends its mandate and the current president has already announced that it will not be resubmitted to charge.

Dietz for regeneration at the Cercle is necessary, after four very hard years, now that CEDMA occupies its rightful place in society and has opened the door to new businesses. In the general assembly of March, the date of presidential elections will be established.