Turisme awards eight Qualitur flags to the beaches of Dénia

The regional secretary of Turisme, Francesc Colomer, has visited Dénia today to deliver the eight Qualitur flags awarded to the beaches of the municipality by Turisme Comunitat Valenciana. Colomer has been greeted on the beach Punta del Raset by the mayor, Vicent Grimalt, the Councilor for Beaches, Pepe Doménech, the president of the Association of Hospitality and Tourism Entrepreneurs of the Marina Alta (Aehtma), Cristina Sellés, and the councilor of the government team and provincial deputy Óscar Mengual. 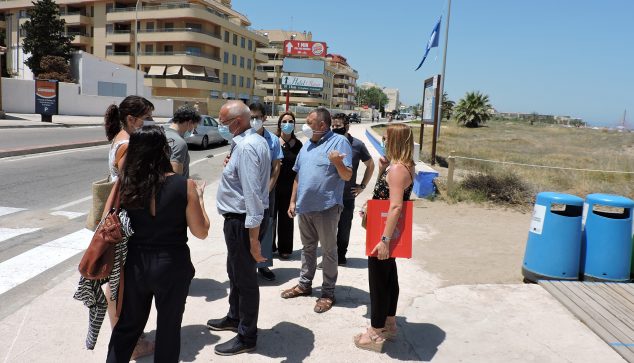 The head of Turisme stressed that the Qualitur flag "It is the best recognition of the daily work carried out by the city council so that the beach can become a tourist experience, valuing concepts such as equipment, services, endowments and the philosophy of the city that has wanted to work on tourist quality".

In addition, Colomer has emphasized that "This recognition is very important, especially this 2020, a year in which a transition must be carried out and resist to ensure that the productive fabric and the tourism sector can compete again". 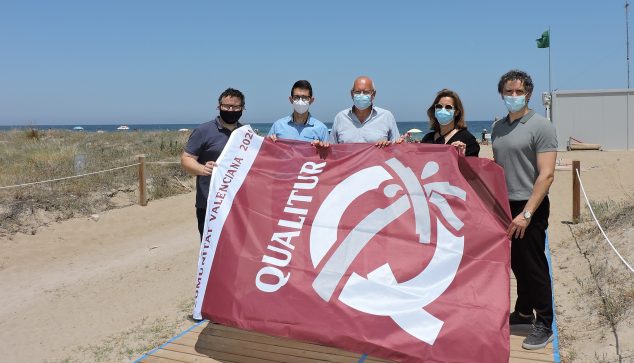 The regional secretary has put Dénia as an example of a city "That has not thrown in the towel, but has worked to certify its beaches and in defense of its tourism model, linked to gastronomy and other models such as environmental or cultural". For this, he congratulated the city and thanked him "For being the vanguard of many values".

Colomer wanted "Double the message of trust" of our tourism brand and has highlighted the importance of "Reinforce the values ​​of safety, health especially at this time, but also and always citizen, food and, from now on, also climatic".

In this line, the mayor of Dénia, Vicent Grimalt has stated that "We are a destination that offers security for this summer, thanks to the work done by the City Council itself and by the local tourism business sector". Grimalt added that we can overcome this situation “With responsibility not to go back and lose what we have achieved so far; that would be a drama ”.

The mayor has also highlighted "The great effort made by the municipal department of Playas" to put the beaches of the municipality ready after having suffered many damages by the DANA of September of last year and the passage of the temporary glory in January of this 2020 and has underlined that the recognition of the Qualitur flags "Gives us strength to continue working".

Qualitur flags, recognition of the excellence of the beaches

Through the Qualitur Flag, Turisme Comunitat Valenciana wants to transmit to tourists and users of the beaches of the Community the quality of cleaning the waters and the sands, as well as the hygienic services and recreation and leisure areas that increase the sensation user comfort.

In 2020 there are 174 beaches recognized with the Qualitur flags that certify the quality of their equipment, environmental quality and the accessibility of the beaches of 37 municipalities in the Community. By provinces, 11 municipalities of Alicante, 10 of Castellón and 16 of Valencia.

Through the Qualitur de Turisme Comunitat Valenciana program, the promotion of quality activities in companies, establishments, destinations and tourist resources of the CV are centralized through the recognition of the following certificates: the ISO 9001 and Q Tourism Quality certificates, the certificates in environment ISO 14001 and Community Regulation of Ecogestión and Ecoauditoria; and the accessibility certificate UNE 170001.