Last weekend there was a new day at the Teulada-Moraira Regional Tennis League. The players of our Club played great games and obtained good results again. 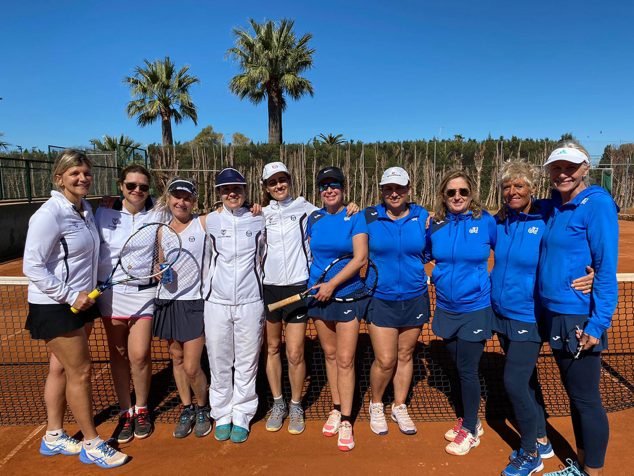 Veterans team A of CT Dénia

The team will fight this weekend for third and fourth place against CT Gandía.

Triumph for Veterans "B"

The team of Veterans +40 B won this weekend at CT Altea by 3 to 2. The players played great games and showed a great level. In simple, Sandra Díaz won Brita Silcok 4/6 6/4 7/5, Paloma López took the second Dianense point after winning Magdalena Devesa 7/5 6/4 and Elena Romany fell against Yanara Mancherey after a disputed match for 5/7 6/1 3/6. 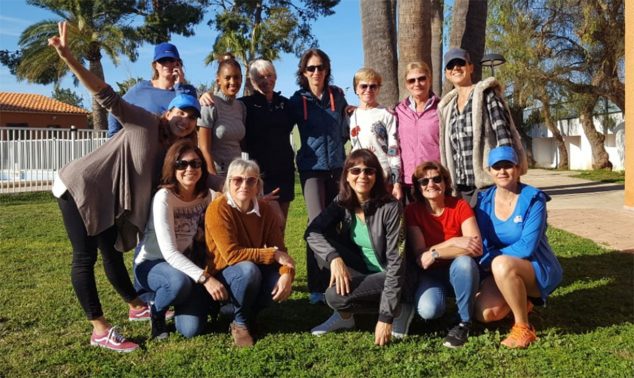 Veterans team B of CT Dénia

In the doubles, Silvia Moncho and Toya Alemany fell against Britta and Moira 3/6 3/6. The decisive point of the tie was obtained by Natalia Garcia and Inma Martí, who won Klaver and Martínez, after a very close match, by 6/2 4/6 10/6.

The cadet team fell against a powerful CT Torrevieja by 0 to 7. The Torrevieja team demonstrated their superiority after not giving up any points to the Dianense team.

Hugo Fuentes fell against Alberto García 4/6 3/6, Antonio Sentí lost to Vicent Micó 1/6 1/6, Hugo Menu fell against Linus Lovenhaft 1/6 1/6, Ángela Contrí fell against Lucía Ros 3/6 0 / 6 and Victoria Berleeva could not against Lucia Pascual falling by 1/6 1/6. In doubles, Fuentes and Sentí fell against Guerrero and Ortega 4/6 5/7, and Contrí and Berleeva lost against Moratalla and Juan 3/6 4/6.

The juvenile team fell 0 to 2 against CT El Collao. The dianenses players Carla Millarengo and Daniela Pont fell in their respective matches, where the CT El Collao team demonstrated their superiority.

Tomorrow, February 29, the women's and men's individual finals of the XV Juan Postigo Memorial will be played. The order of play is as follows: at 9:30 a.m., Elsa Bordehore will meet Sandra Díaz and then Ramón De Cárdenas will do it before Stewart Jorda.

At the end of the games, around 12:30 pm, the prizes will be given to all the champions and finalists of the disputed events, and to finish the event, a wine of honor will be served.