Triumph of the Paidos-F. Fernández without getting upset before the Pinoso FS (6-1)

Good start for the youth league Paidos-F. Fernandez who got a hard-fought victory against a tough rival. the Pinoso FS that they won by 6 to 1.

The initial dominance was soon reflected with a goal from Isaac after a quick wall with Aitor. Those of Pinoso raised the lines and took advantage of an error in the exit of Paidos to steal and beat the local goalkeeper. The premises disposed of 2 double penalties of which one crashed into the post. With a tie to one came to rest.

The second part followed with local dominion but it was not until the 30 minute when Jorge was planted only before the goalkeeper and frame after a Vaseline. Iker then pushed the third to the network. Save after a nice individual action made the room. From this moment, the visiting coach opted to take out goalkeeper player. In his first attack, Salva stole the ball and from his field he made the fifth.

Just a minute later in another visitor approach was intercepted by the school goalkeeper, José Antonio, who signed his great individual performance with a goal from his goal. With the 6 to 1 the end was reached.

Hard defeat for the Paidos cadet

Hard defeat in the debut of the Paidos cadet against the clear favorite to win the league as is the New Elda FS, who beat them by 7 to 0.

The schoolboys started the match well until the 12 minute that scored the first goal the Elden team. With 3 to 0 came to rest. In the resumption, with 2 goals followed, the premises sentenced the match. Already in the final minutes they extended the score to the definitive 7 to 0. 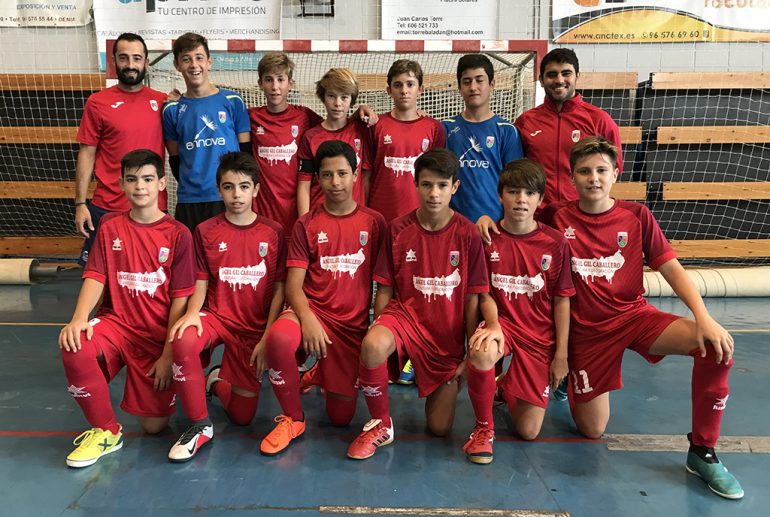 Solvency and good play in children

In the regional derby played in the municipal pavilion of Dénia, the Dianense were imposed on Calpe Futsal by 5 to 3. The shock was exciting as it was the visitors who got ahead on the scoreboard. Paidos reacted well, putting 3 ahead of 2, although the Calpinos returned to enter the match after achieving a draw at three.

In the second half the successful auctioneer of the reds it allowed them to score two more goals to end the clash with an important victory by 5 to 3.

Great debut of the Alevín team

The Alevin team, new in the category, won a meritorious victory, beating the Alfás del Pi by 3 to 7. The dianenses did not have a good start of the game and the 2 minutes had already conceded two goals. Saul reduced distances, but in the next game the locals made the 3 to 1. Just before the break, Adria scored the second as much schoolboy.

The second part was a storm of visitors and Andreu and Adria ahead of Paidos. In the 10 minute of the second. Pau, Saul and Pablo made the definitive 3 to 7.