Triumph cup in the local derby for Paidos-F. Fernández before the FB Dénia (3-1)

The Youth Cup competition in futsal left us in the municipal pavilion of Dénia, the local derby, between the Paidos-F. Fernández Luna and the FB Dénia. This exciting clash ended with victory for the student group by 3 at 1.

It was a match that had a high pace in its start with chances for both teams. Neither team was lucky at the time of the auction. With the passage of minutes, the kids led by Jaime Moreno took over the ball against an opponent that ended up defending in their own field. At rest, the initial score was reached. 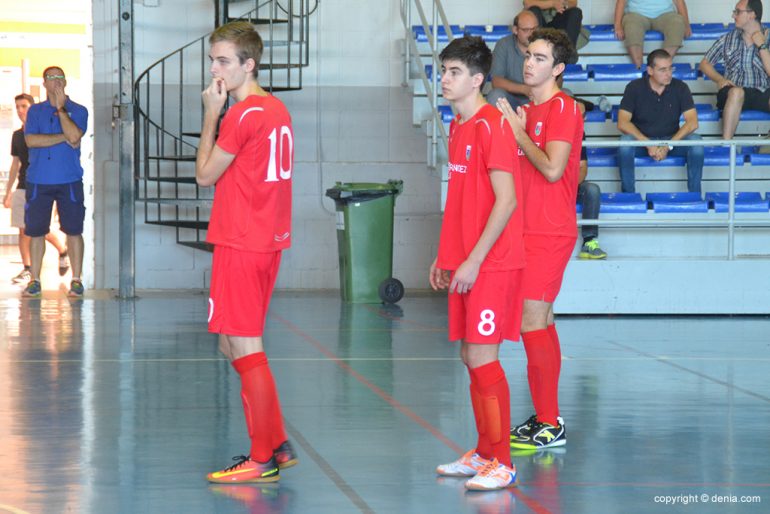 The second part started with a Paidos overturned knowing that he could not escape this game. Fruit of that domain came the 1 to 0 for the "reds"Scored by Sergio with an outside shot adjusted to the stick ,. Minutes later this same player marked the 2 to 0 for a Paidos who played his best minutes.

Pablo Ferrando after a nice individual play beat Vaseline the goalkeeper of FB Dénia. Two minutes later, it was Aaron who got the goal of honor for FB Dénia. With this victory the schoolboys remain in command of the group.

Victory of the child against the New Elda FS

In the children's category the second day of the Cup was played in which the Paidos and the New Elda FS "B" were seen, in a clash that ended with a Dianense victory by 3 to 1. 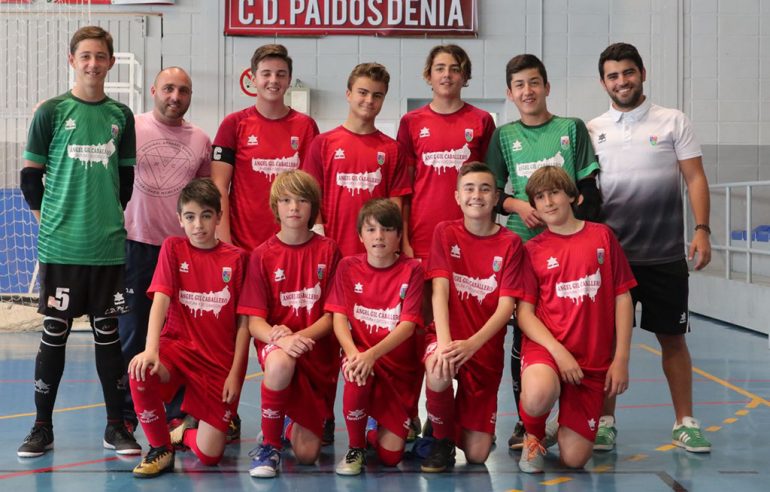 It was a difficult game for the home team as it was at stake to continue fighting for continuity in the cup. Both teams came with a loss in the first game. The match started very electric with two clear chances for Paidos. In the 10 minute match, Pablo Gateau opened the scoring with a personal play.

In the second half, the New Elda FS, started stronger and had several chances to tie, but a great play by Marc Ferrer made Nicolás Rodríguez put the 2-0. After a loss in own field of Paidos, his rival took advantage to reduce the advantage. However, the captain Iker Orquin, after the center kick, scored a great goal by the whole squad that put the definitive 3-1 for Paidos Dénia.