"I work looking for the causes of cancer": the projection of the scientist from Dénia Lucía Torres

Her name has recently resonated because she has just become a Doctor of Molecular Medicine from the University of Bonn. In full confinement and by videoconference, Lucía Torres Fernández has defended her doctoral thesis on a topic that interests us all: a protein that can hold answers about the causes of cancer. The case of this researcher from Dénia is not exactly that of "brain drain", because she did not leave in search of work and opportunities. However, although it is not strictly an escaped brain, it is a great value that, for the moment, does not plan to return. 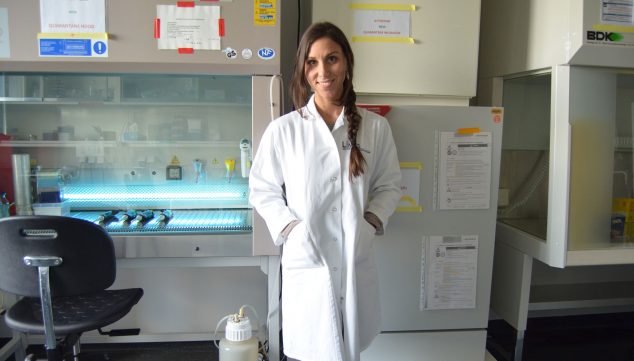 Recent image of Lucía Torres, taken at her workplace

Lucía Torres studied at the Alfa & Omega school and later at the IES Maria Ibars. He graduated in Biotechnology at the Polytechnic University of Valencia, and went to Germany in 2013. "I had a lot of German classmates at school and although many people find it a difficult language, I loved listening to them. So when I graduated I decided to find a future in Germany to learn it"Torres explains. After the Master in Molecular Medicine at the University of Bonn, he has completed his doctorate at the Life & Medical Sciences Institute (LIMES), which has ended with his thesis on protein TRIM71 / LIN-41. But let's clarify concepts.

What is Molecular Medicine? According to Lucía Torres, they work in the investigation of the cellular processes that cause diseases. They differ from the pharmaceutical industry in that They do not seek cures for diseases, but their causes. It is about understanding them better in order to attack them. "In the laboratory I work with stem cells and cancer cells. People do not know, but these two types of cells are closely related: in embryonic development an entire individual forms, and in the case of a tumor, something similar happens. In other words, the biology of stem cells is very similar to that of tumor cells, "explains the scientist. The TRIM71 / LIN-41 protein, which has starred in his doctoral thesis, is present in both types of cells. And if they manage to inhibit it, that is, stop it, it could stop the growth of certain types of tumors, without side effects for patients. Could it be that a researcher from Dénia contributes to achieving a very important goal for cancer? "I think some of what I do can help," says Lucía Torres. 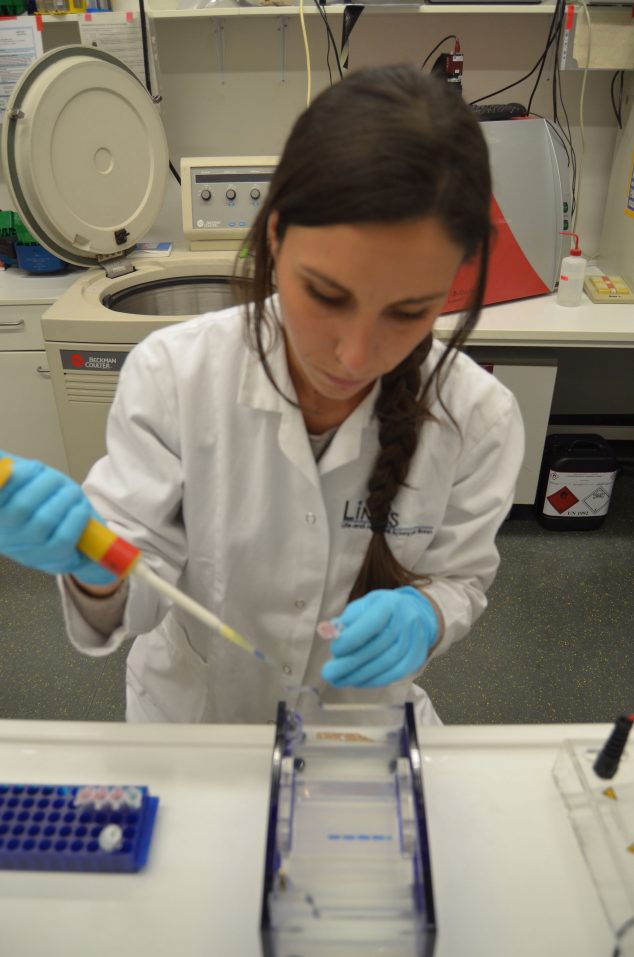 Now 32, she is aware of where it all started for her: "I would not be where I am without my biology teacher at school. We need teachers who want to get out of textbooks, have a different, applied teaching, with many practical examples. Science starts at school, and it is very Good that they let you experience it without these group practices in which you hardly touch anything. In Germany I had personalized studies, with solo practices, where I saw the independence and the power to create something by myself. "

"We are more than what we see: if I take a piece of skin there are many cells, an army that works for me."

But even before, Torres already had contact with science: her father, the gynecologist Paco Torres, already explained to her under the microscope when she was very young "We are much more than what we see: if I take a piece of skin there are many cells, everything an army that works for me. " His case is somewhat special, since in a family of toilets (his mother, Mati Fernández is a midwife), scientific knowledge was much more at hand. 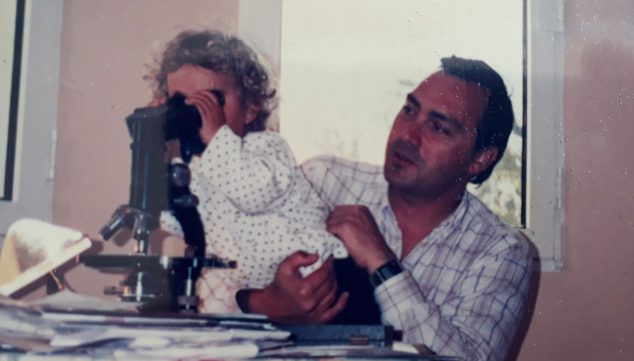 A photo to remember: Lucia and her father in front of the microscope

There is a lot of scientific vocabulary that has crept into our daily lives and that we use without understanding. This is especially due to advertising and the cosmetic industry. "Many people talk about proteins and believe that they are only part of the diet or that they are good for when you go to the gym. They don't know that they come from DNA and that they are the army responsible for all our functioning", explains the scientist. Nor are concepts such as that of transgenic, which tends to be negative. However, according to Torres, transgenics do not pose any health hazard.

"Technology should not be demonized, but its use."

"If you put a gene from one species into another species, it does not affect anything. The problem is how that transgenic plant is raised, with what type of compounds, and what environmental problems can be generated". Torres believes that the problem is not technology, but its use, and the great disinformation of citizens regarding scientific dissemination: "You fight with a series of arguments that are not true and in the end people do not even know why they are fighting, there is a lot of misinformation that has to be fought." 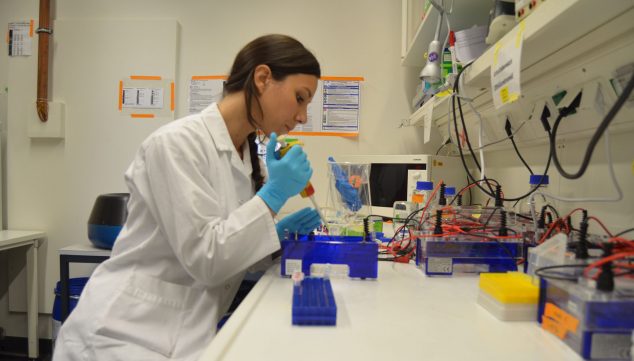 Lucía Torres where she feels most comfortable, in the laboratory: she thanks all the women who led the way

"Women think more of the common good than of power"

Rosalind Franklin worked with Watson and Crik, the discoverers of the DNA double helix. However, they themselves comment that they knew nothing, that they were overwhelmed by the amount of knowledge accumulated by Rosalind Franklin, so much so that they ended up giving all the credit and merit to her. "I admire her because she was a very fighting woman, and yet her name does not resonate"Lucia explains. "It is probably still happening, we are making a lot of progress, but there is still much to do. In Germany I am very satisfied with this issue, my boss is an absolute feminist, he recruits many professors. At the University of Bonn there are many initiatives for scientific mothers can reconcile. Spain should take note. "

Lucía Torres contributes a feminist vision: "If there were more women in government positions, bigger businesswomen, there would be more heart and more empathy, less a cold head. If there had been more female figures in science from the beginning, surely there would be no vision of the manipulative scientist who wants to destroy the world We women think more about good than power. "

The role of science to prevent future crises in Dénia

First of all, you have to publicize and educate people in science: on a personal level, there are many games for children that can open their minds: "We don't always give away toys to use, but games that stimulate in them another way of thinking." The scientist believes that at a collective level, initiatives can be launched to get people in touch with science. From workshops in schools and institutes, where young people can see and do experiments, to workshops open to all people (talks in which attendees actively participate). In all this, the City Council would have an important role, marking the objective of spreading and fighting disinformation.

Something more than sun and beach: "The world is ours"

In the opinion of Lucía Torres, "Science and technology can play all the role in changing the production model. In Dénia we have already covered entertainment, hotels, tourism, which are wonderful. We just need to invest to put ourselves at the forefront of everything else. Young entrepreneurs have many ideas: the world is ours, we have to build something to move towards new horizons, and that starts by helping people who have brilliant ideas by improving conditions for entrepreneurs, who in Spain are fatal. " 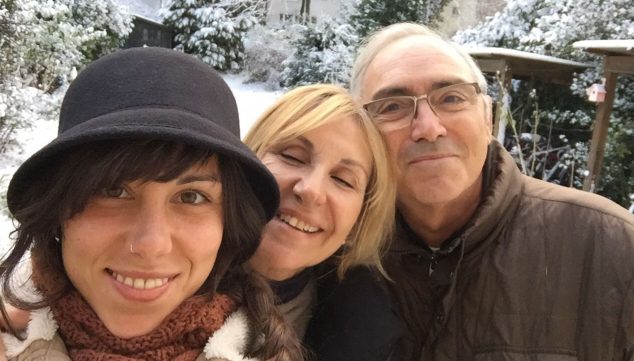