The residence for the elderly Santa Llúcia de Dénia, one of the few public management that exist in the Marina Alta, has carried out since the beginning of the health crisis a recognized great work to maintain its service and operation safely for users this. However, the workers have not been compensated for their extraordinary effort that has kept the coronavirus at bay so that it did not enter the building. 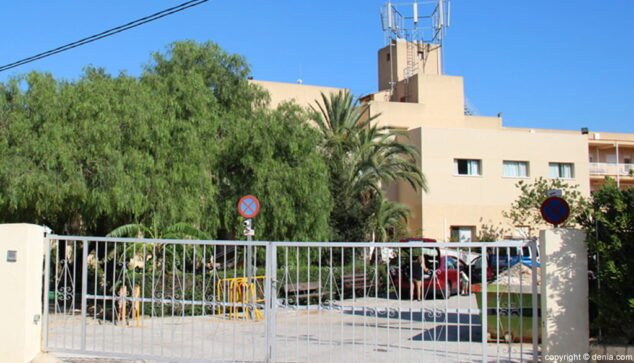 The center's nursing team has shared with this newspaper a series of demands and demands to improve their employment situation, as well as to achieve an improvement in the quality and safety of the services provided. It is a document signed by all the members of said team that they have presented to the City Council, the body in charge of managing the residence, which, if not attended to, as stated in the letter, will motivate the calling of a strike by the personal.

"The nurses of the Santa Llúcia Residence, after 7 months of working uninterruptedly against the COVID-19 pandemic, in which we are giving our full potential and dedication, assuming functions such as health surveillance, carrying out diagnostic tests or preventive isolation , we have become aware of the lack of resources and infrastructure of our center that should be addressed to improve the quality of care provided to the elderly in our population ", reads the document.

"Likewise, we consider that our professional recognition by the administration is very far from the preparation we have, the effort we have made in recent months, the risks we continually run and the responsibility we assume with each action we take", keep going.

For all this, the entire nursing staff of the center has met and unanimously, according to what they say, have agreed to raise with the City Council this series of minimum demands to correct the deficiencies suffered and indirectly suffered by the elderly in Dénia.

In it the application is claimed "immediate" of the list of jobs in the nursing category, as presented at a Negotiation Table for approval. This, according to the workers who signed the document, has been done in other municipal positions of higher categories. In the same way, and along these lines, they ask for the creation of a commission for the approval of the professional career.

In addition, they ask to increase the nursing staff by creating two new positions, one nurse and two assistants, also assuming an immediate replacement of the vacancies that due to illness or quarantine must be filled in the residence. It is true that during the state of alarm the staff was increased with two more nurses to provide better service, but in June it was abolished, the same staff as always having to bear such a load and without, apparently, any negotiation.

They also demand a specific and continuous training plan in nursing care, respect in accordance with current regulations on the rights of family conciliation, a supplement for nurses with the specialty of geriatric nursing, payment of extraordinary services performed outside hours regular (overtime pay) and the voluntary exemption of nights from 55 years.

"Noting that we subscribe to these claims all the nurses in the residence, which are proposals that will improve the quality of the service and that in the case of historical claims, which have never been addressed, if they are ignored again we will resort to our legitimate right to the strike to be taken care of ", concludes the text.