Toni Cantó: «The port of Dénia is mistreated by a Generalitat that violates the law»

This morning, the spokesman for Citizens in the Generalitat, Toni Cantó, together with the deputy Tony Woodward and the representatives of the municipal group, Susana Mut and Estefanía Schwamb, have announced in the port of Dénia the non-law proposal that their party presents today in Les Corts, in relation to the under-financing of the ports of the Valencian Community. 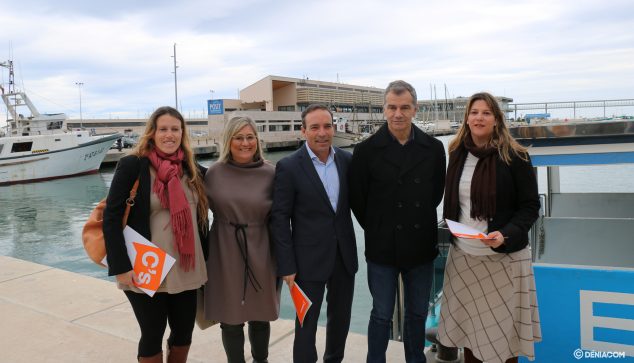 Citizens announces their non-law proposal in the port of Dénia

Cantó has pointed out the lack of action by the Generalitat in ports such as Dénia, accusing her of breaching the law that requires them to reinvest 40% of the benefits in the infrastructure and maintenance of the port. "The port of Dénia is a great creator of wealth and employment and, nevertheless, is being mistreated by a Generalitat that is breaking the law", stressed the spokesperson for Citizens. "We wanted to announce that we are going to present an NLP in les Corts denouncing this fact and urging the Government to comply with its own law".

Woodward, in the same vein, pointed out that the intention of his party is for the Botanic Council to comply with the law and take charge of the 40% it owes to the ports of the Community. "We come to Dénia because it is the port that collects the most from the Valencian Community and, up to 16 million euros in the last 4 years, but only € 600.000 have been invested during that time, 10%, when it should have been invested 6 million euros ", said the deputy, insisting that you should reinvest annually in the port of Dénia 1 million euros. 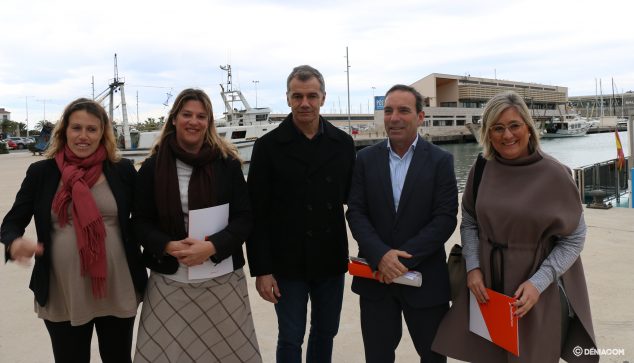 Citizen representatives in the port of Dénia

In addition, the deputy of Citizens has announced that motions will be carried out in all affected municipalities, starting with that of Dénia where, according to Susana Mut, expects it to be supported by the parties since "It's a good thing for Dénia". The intent of the motions is that it is the municipalities themselves who claim these amounts from the Consell.