The smallest of the commission Paris Pedrera had a very important event this Sunday morning: the proclamation and exaltation of Thais Fear Arbona as the district's top child fallera for this exercise.

Surrounded by magic and remembering the upcoming celebration of Halloween, Thais lived, along with its president, Yan Andrin, an unforgettable day in his short but intense life fallera. Arancha García Orozco served as an anchor, sometimes accompanied by the young Virginia García.

The voice-over of his little brother, who was waiting for him on stage to hand him the president's staff, announced the arrival of Yan Andrin, who addressed a few words to the audience, thanking the committee for its love in such a special year. 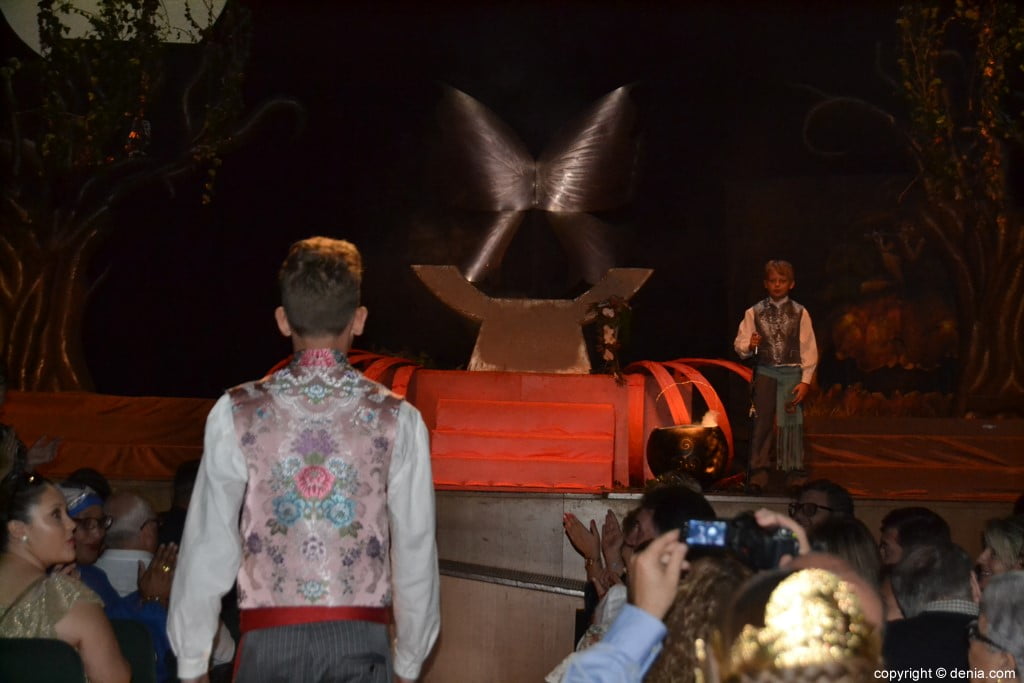 Yan, accompanied by a fairy, received the components of the xicalla of Paris Pedrera, which were presented to the public themselves. A new voiceover, in this case that of her mother, presented to the audience the infantile senior faller, Thais Fear Arbona, a greeting that was completed with the live performance of the song by Brave in the voice of a friend of the family. 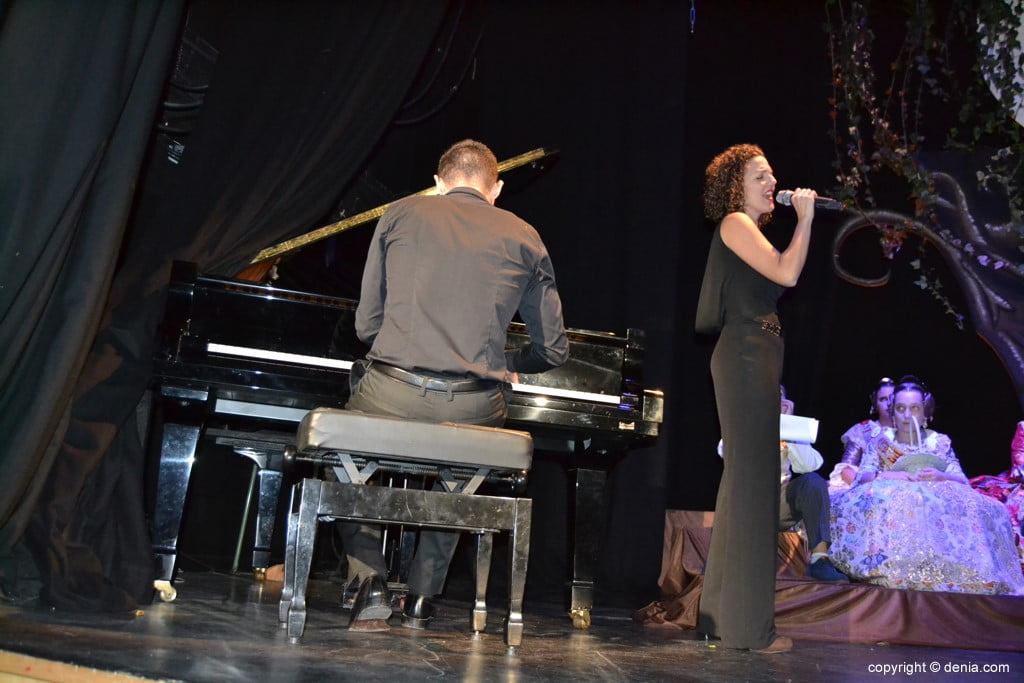 The brother of Thais was wearing the band that identifies him as a major infantile faller and imposed by its president, making the little girl wear her best fallas. After this special moment, Thais received the affection of his predecessors; this year's charges of failure; the Comissió de Festes de la Mare de Deu; the party councilor; and the biggest infantile faller of Dénia.

Next, Thais discovered who would be responsible for his exaltation, and was neither more nor less than his predecessor in charge, Noa Mas, who addressed the little emotional words that were not free of tears. Both falleras, intimate friends, have shared a thousand confidences and, now, a dream fulfilled as major falleras of Paris Pedrera. 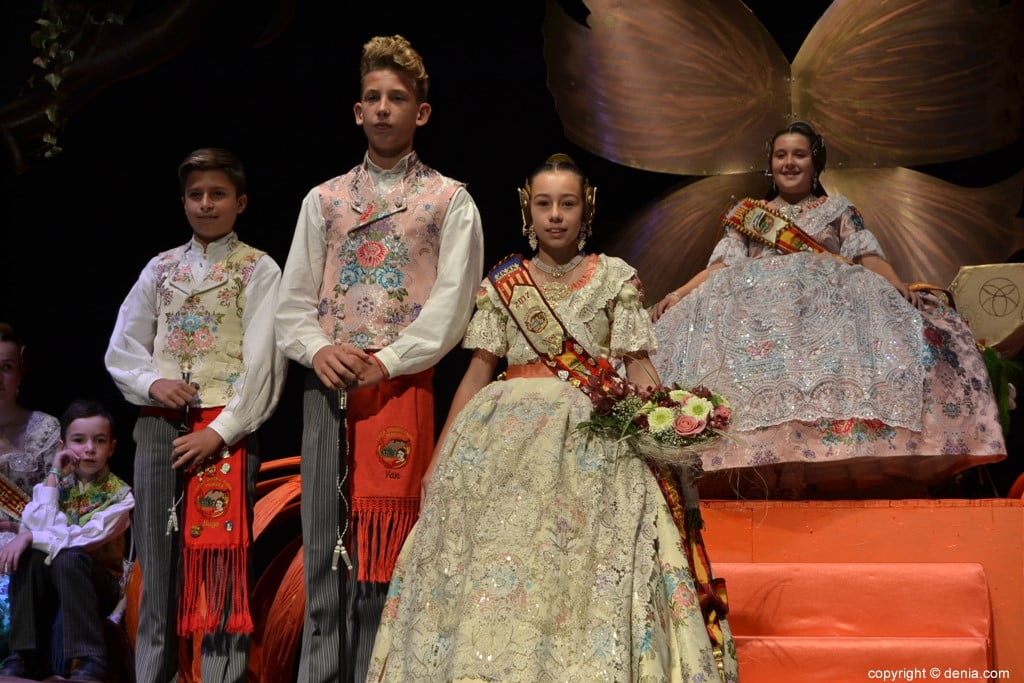 Finally, it was Thais who took the floor. The little one only had words of affection for its relatives, especially for Noa for being that it contagió the love for the them failures and by whom he became part of the family of the Paris Pedrera fault. 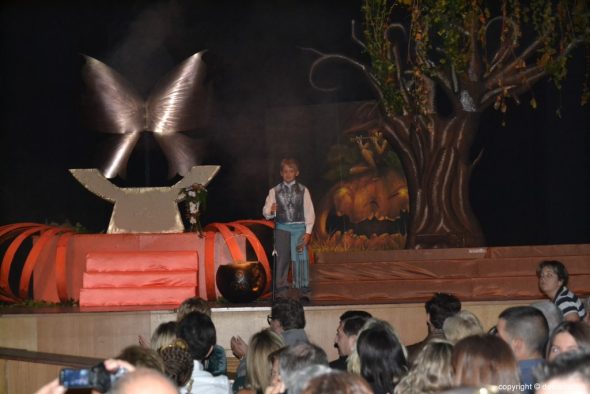 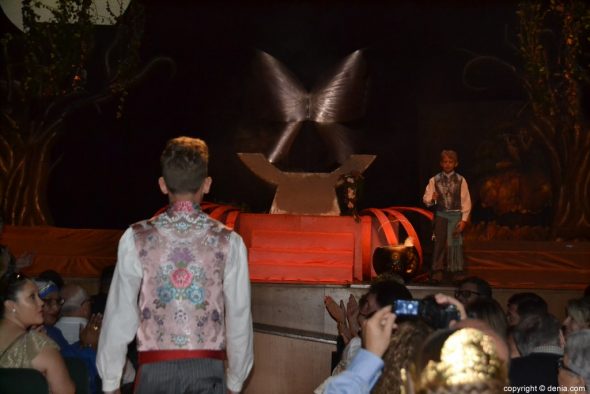 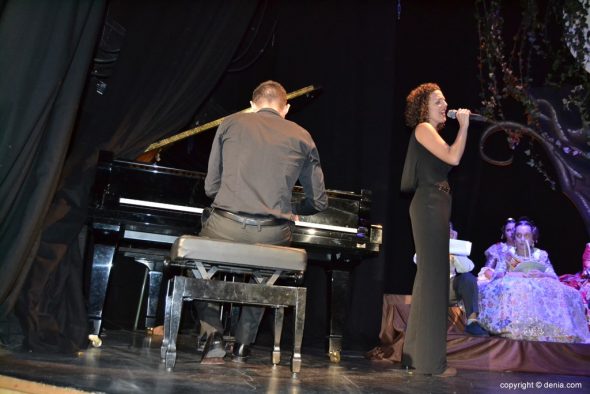 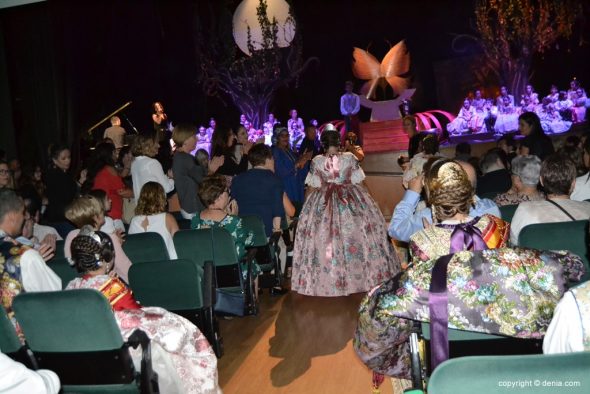 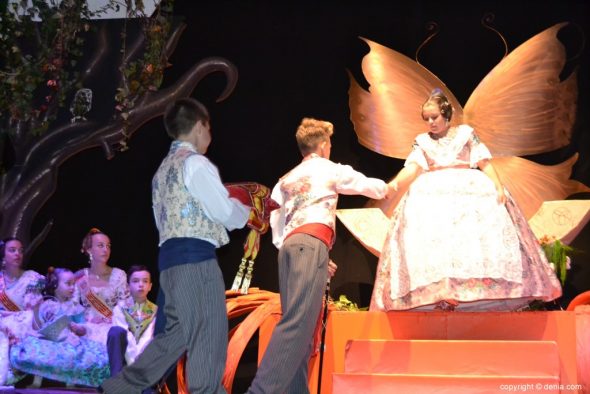 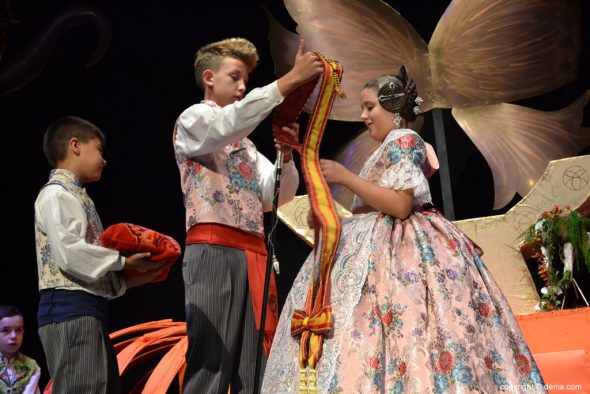 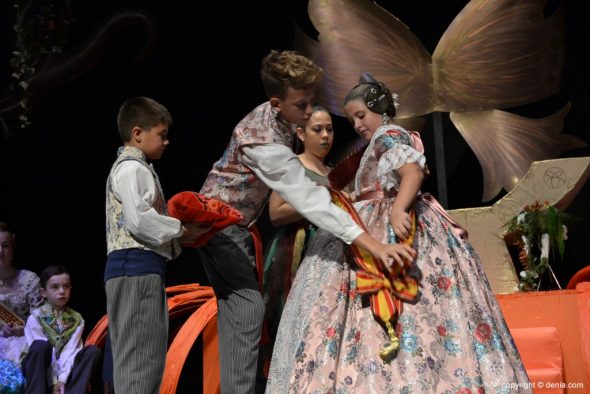 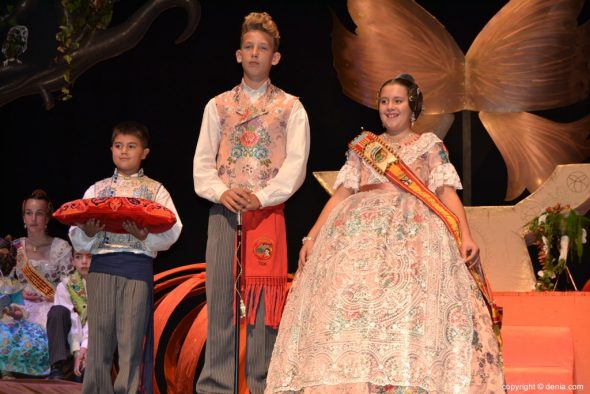 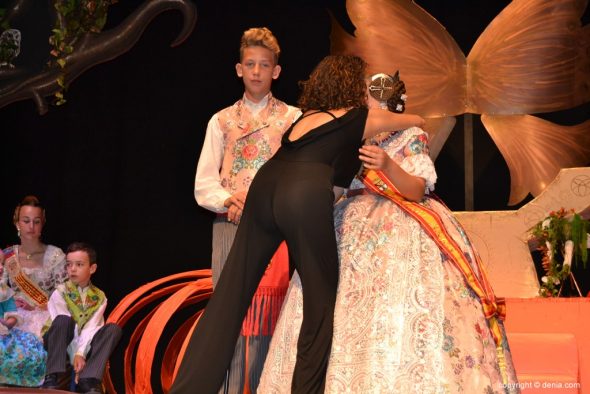 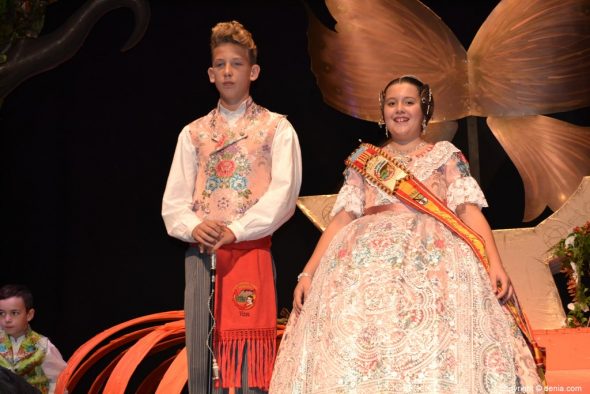 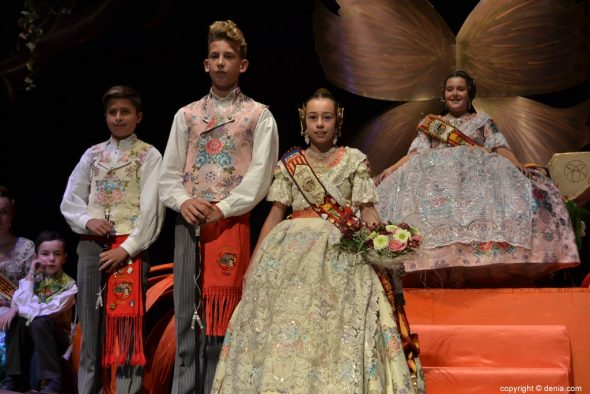 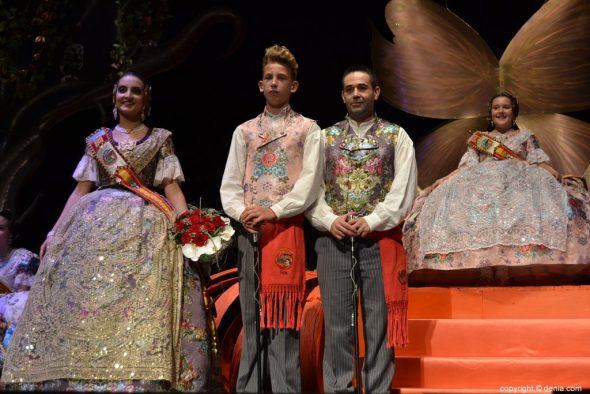 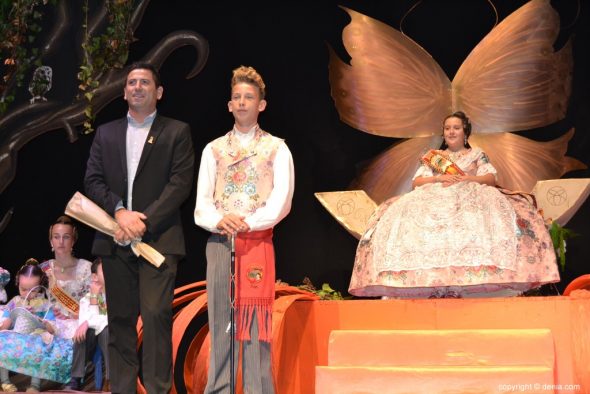 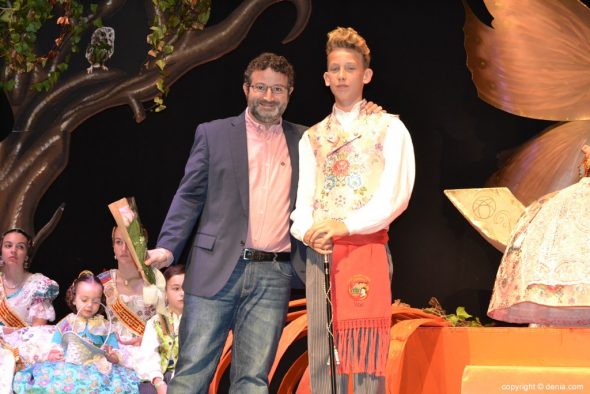 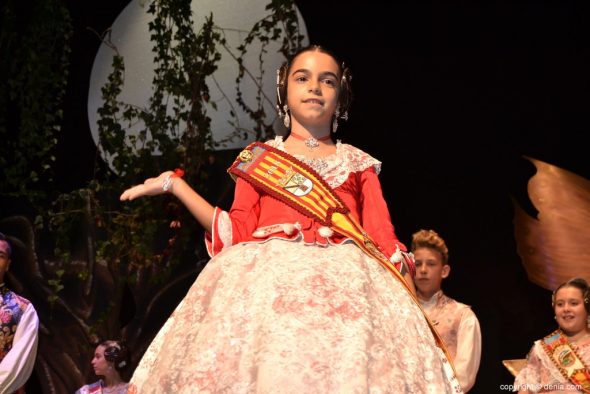 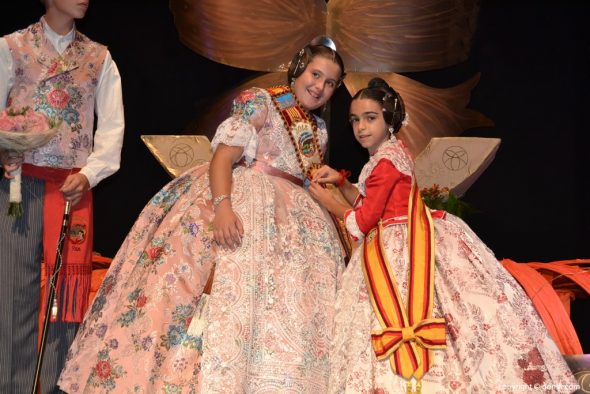 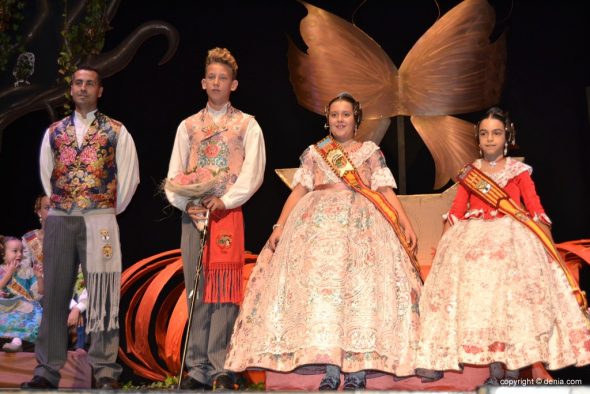 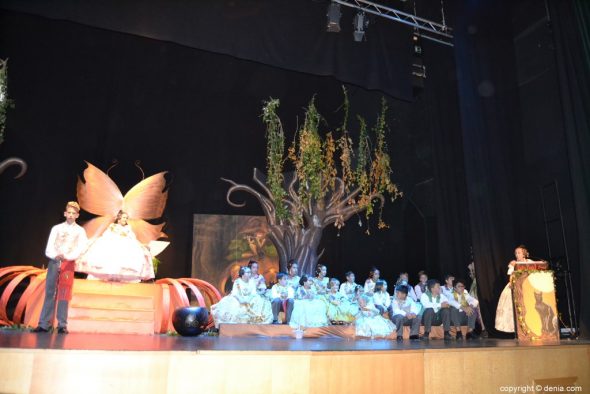 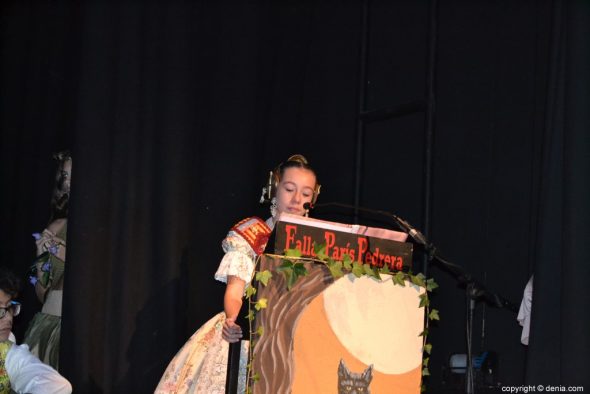 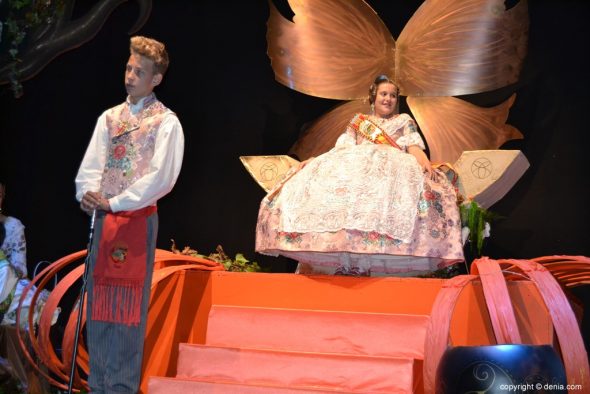 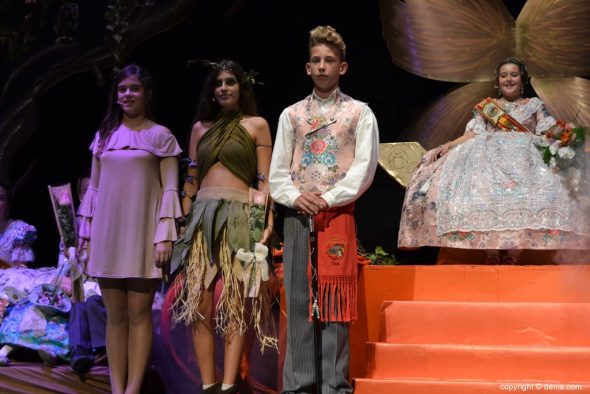 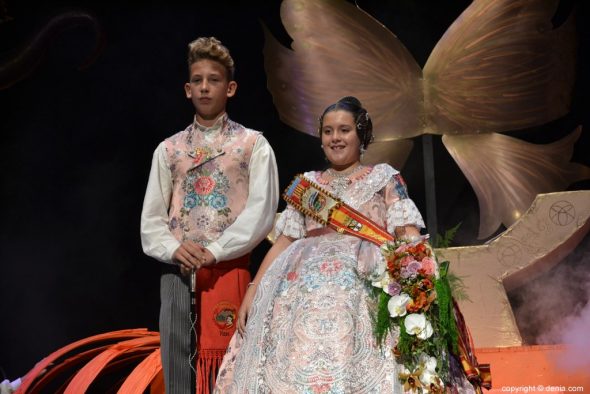