Last November the Football Federation of the Valencian Community launched the Green Card initiative. This card emerged to promote values ​​and sportsmanship in federated competitions, may be shown by the referees of football and futsal, since last November, date of its implementation by the Federation of Football of the Community Valencian 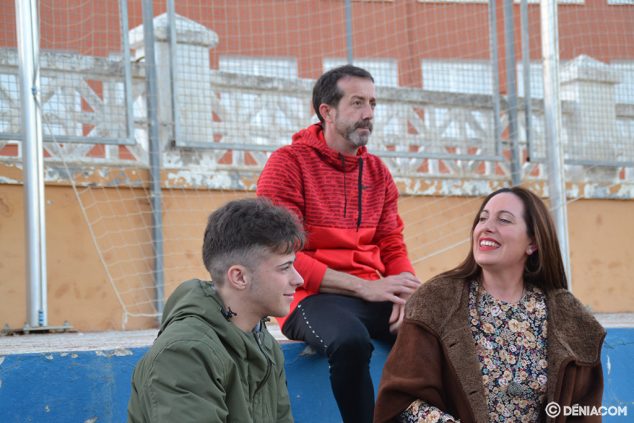 Parents with the match referee

Referees may show a green card in recognition of exceptional sportsmanship actions in the competition, following a series of defined criteria. The principal referee may make use of that card to any person present in a match, and always before an extraordinary action or gesture of fair play, when the event goes beyond what is expected.

This is what happened to Pepa Cutillas, mother of a young FB Dénia EM player who was present in the “Garganes” field of Altea when he heard how a father, of an Altea player, uttered insults and offensive words to his son. Like Pepa, other mothers also listened to him, so Pepa took out his mobile phone and recorded the scene and subsequently denounced it publicly. 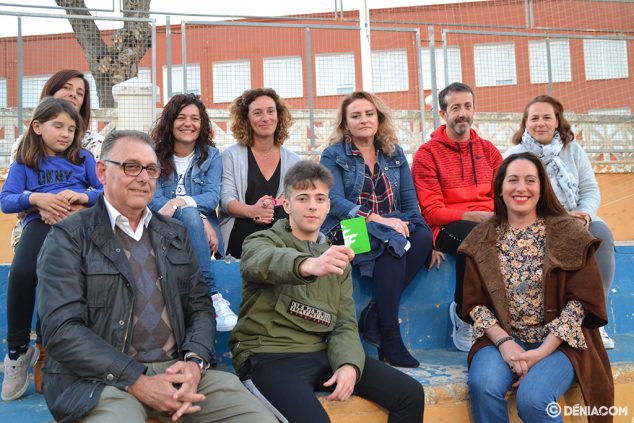 The young colleague, Alessandro Repetto, belonging to the Delegation of Referees of Benidorm, which was the same that was refereeing that match in Altea, showed that card to Pepa Cutillas in recognition of the work done with the public complaint of what happened.

This symbolic act of teaching the green card to Pepa Cutillas was carried out in the El Rodat de Dénia field, where the collegiate Alessandro Repetto attended, accompanied by the president of the Referees Technical Committee, José Enguix Sales.

Pepa Cutillas herself was accompanied by other mothers who had also witnessed what happened in Altea. Cutillas had a small conversation with the referee and shared certain experiences that are not pleasant. She encouraged him to continue arbitrating meetings and to enjoy what he was doing.

Enguix thanked the public complaint made by Pepa and asked that this serve as an example for other people to do the same, to denounce. The objective is to prevent this type of acts from happening again. You can not consent to insults, physical or verbal violence or harassment, in any sports facility and less when it comes to base sport where children are the protagonists.