Autonomous runner-up for the cadet of the Dénia Gymnastics Club

The cadet team of the Dénia Gymnastics Club managed to be Autonomous runner-up in the recent competition that took place in Gandía. Being second in the Valencian Community grants the dianenses their automatic pass to the National phase of the Coba Base. A final that will take place in Pamplona on May 1. 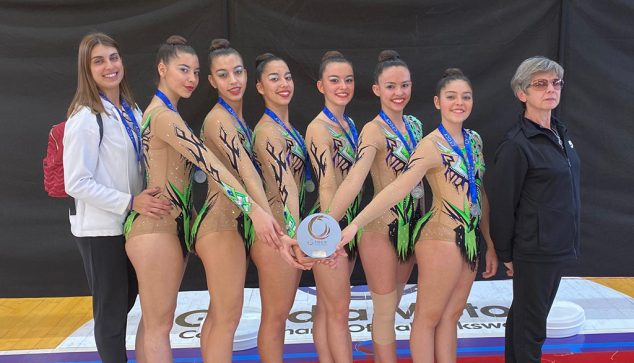 The Dianense formation was formed by the girls Luna Rodríguez, Dharma Mencia, Nalu Ferández, Salma Hamami, Carla Poveda and Zaira Fuentes. A group that demonstrated the great work done during months of preparation with their coaches Andrea and Olga.

Meaning the merit of being second regional since Gandía did not miss a single club. They were the best of the Valencian Community, who demonstrated the high level, in terms of rhythmic gymnastics, which has this land.

Now, with less than two months, the girls will continue to work with seriousness, discipline and intensity to achieve being at the highest level on a date as important as a National, where they will see the faces with the best in Spain.