The situation for the Dénia Futsal it is limit, the equipment fell in the municipal pavilion of Dénia before the Pallejà FS by 4 to 7. The Dianense team seems to have seen a one-eyed, everything is twisted and the team is mired in a deep depression. On the track his players give everything, the effort is total on the part of a staff that is involved in a project that is fading day after day.

In this morning match, with less fans than usual, the team gave it all back. Things started up face for the team that runs Juanma Bermejillo, that in the minute 4 took control of the scoreboard thanks to the goal scored by Edu Romany. With a slow pace, which was the best for him, given the lack of bench depth, only two changes. 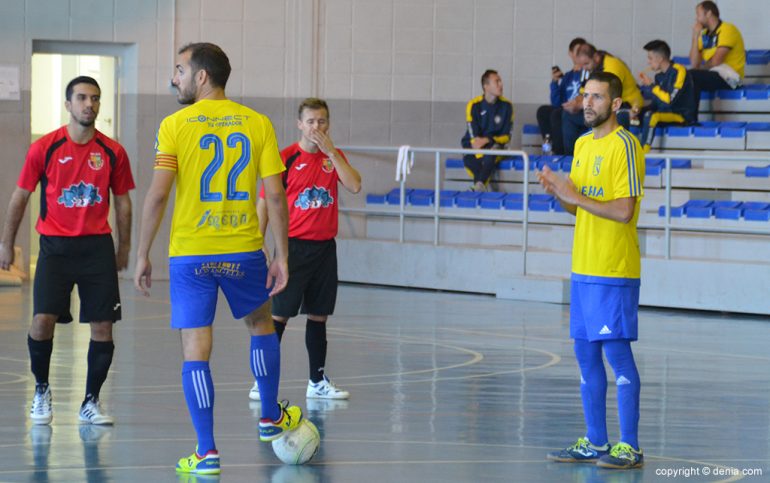 The Catalan team did not find a way to overcome the local defense, while the dianenses crashed before the visiting goalkeeper. Little by little the players of the Pallejà FS were increased the rhythm of game. In the 13 minute came a mistake by local goalkeeper César who could not block Malik's shot. After conceding this goal, the locals again lost the ball in an exit and again Malik beat César.

Two goals that decentered Bermejillo's team that four minutes later fitted the 1 to 3 with a goal by Adrián. Things became very complicated for the locals who did not stop attacking but without success. In the 19 minute, Coca scored again for the Catalans. In that same minute, Curro shortened the differences in the score, arriving at halftime with 2 to 4 on the scoreboard.

In the second half the dianenses came out with fresh air, they dominated their rival, but the ball did not want to enter. In some occasions the shots crashed in the wood and in others, the good interventions of the goalkeeper prevented the locals from scoring.

When the dianenses dominated, the 2 arrived at 5 with a goal from Ramón that put the ball in the goal squad defended by César. This goal sank to the premises that from this moment, played in a disorderly manner. Curro sought to take the team behind him but he just can not do it with an orderly team. 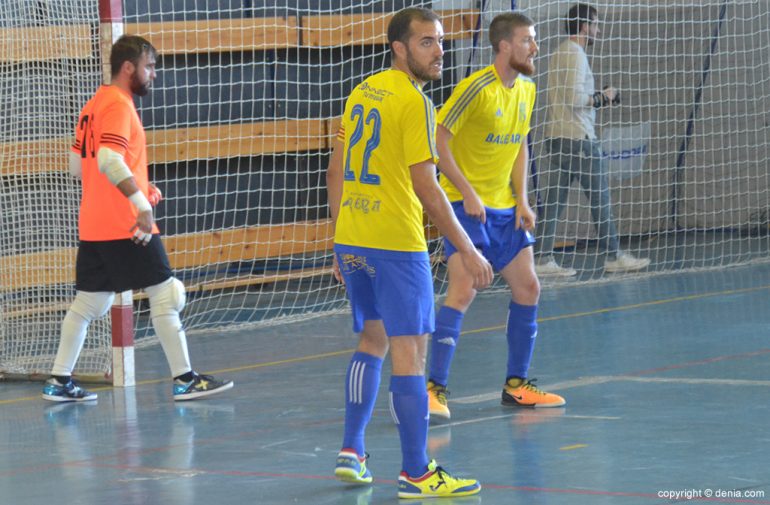 In the 11 minute the 2 arrived at 6 with Rusi's goal, Blai cut the differences, but in the same minute Coca finished a nice counterattack play placing the 3 to 7 on the scoreboard. In the last minute of the clash, Blai was successful in launching a double penalty to put the definitive 4 to 7 on the scoreboard.

In the end, fourth defeat for Dénia Futsal, who are still in relegation places but who are hoping that the dynamics will change, for the moment worse things are coming to him and things can not go. Now everything that comes to them will have to be to improve. The last thing that has happened to the Dianense team was that they could not fill out the Luis Llinares record so he could not make his debut in this match.