Garbí Dénia drubbing of the home of the leader, Torrevieja (36-8)

Torrevieja leader had no mercy Garbí Dénia who he won a precipitous manner by 36 8 to. It was a game where players dianenses surrendered at very low level and were not up to what was expected.

The team's coach, David Salanova had important players for this match for different reasons. There were six players who were not available to the coach.

From the first minutes the salineros players imposed a high rate both in defense and attack. Salanova's men crashed again and again against the local 6-0 defense. Against this background, Garbí Dénia was unable to score goals.

This coupled with turnovers in the offensive game Garbí Dénia, led local players machacasen again and again Dianense goal. With that came to rest with the clear 16 to 2 Local marker.

With this background, and given the impossibility of a comeback in the second half, as the forces were disappearing and tiredness came, the differences were increasing even more.

Torrevieja at no time under the rhythm and relax away from the differences continued to increase.
The second half was merely a formality, taking the end of the match with the score at 36 8. 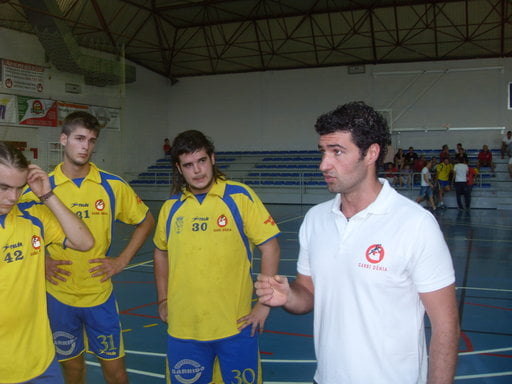