Sergio Alberola was second in its category in the Triathlon Alicante

The Dianense triathlete, Sergio Alberola, The Tri-Esport Ondara, again demonstrated the quality treasures and finished in a creditable second place in his age category 40-44 years of triathlon held in Alicante, in the form Sprint Triathlon. Alberola managed the regional runner-up and took the second step of the podium.

Postiguet Beach was the scene of the second of the seven tests of the "TriWhite Cup 2015 by Lurbel", the most important and popular triathlon circuit in the Mediterranean with offices in three autonomous communities (Valencian Community, Region of Murcia and Andalusia). 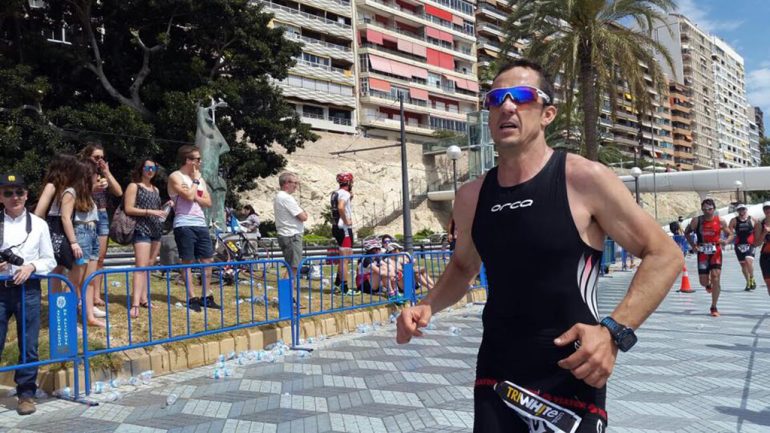 The round in the category Sprint, which was at stake the Autonomic Championship of Valencia, was the star of the day. The high level of the participants and that was at stake regional title, became the test in a show full of excitement for the thousands of people who witnessed the event from Postiguet Beach.

The final victory was for Jesús Gomar, who used a time of 1: 02: 35 to complete the course. The Spaniard crossed the finish line ahead of Emilio Aguayo and Roberto Sánchez. This type of triathlon consisted of a segment swimming 750 meters a second bike 24 km., And a third career walk from 5.000 meters.

In the Olympic distance, the victory was for veteran Mateo Pesquer, who spent a time of 2: 02: 52 to complete the test, two minutes less than Omar López, winner of the first appointment of the "TriWhite Cup"in Benidorm two weeks ago. The third position went to Ricardo Rey, who spent almost three minutes more than the winner.

In this mode you dispute with distances 1.500 meter swim, 42 km, bike and 10 km, footrace is remarkable the participation of two dianenses..; Victor Contri which he ended in the post 42 overall and sixth in its category Veterans 1 with a time of 2: 19: 23.

While David Ribes which ended in the post 57 overall with a mark of 2: 23: 08, he made a great progress since he was given the wrong part of swimming and then improved a lot in the field of cycling and conducted a large segment of race Foot allowed to improve many positions.

In females, was won by Cristina González, with a time of 2: 23: 35, followed by Ana Belén Maruny, more than two minutes, and Vicent Sea.

The next test of the "Triwhite Cup"The next May 31 will be held in Dénia. 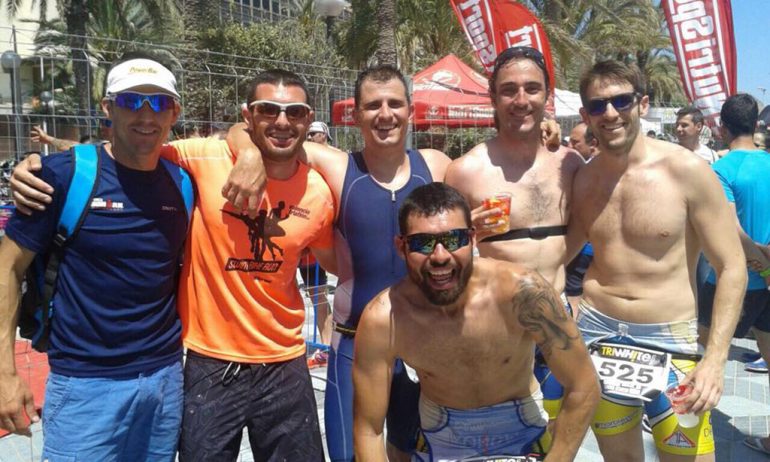