'#SenseFerPor', the new campaign of the City Council of Dénia on the violence that women experience daily

#SenseFerPor It is the new campaign of the City Council of Dénia that invites us to reflect on the violence that women experience every day in everyday situations. The goal is for men to put themselves in the skin of women. Men living in situations of fear and tension that women live daily. Situations that are normal for them and are free from worry, but that women live in fear: walking through certain places, returning home alone, parking in a dimly lit area or running at dusk.

The Department of Equality and Diversity of the City Council of Dénia launches the awareness and awareness campaign on social networks #SenseFerPor, which has as its main piece an audiovisual that raises several of these situations of violence, but this time making them live by men. 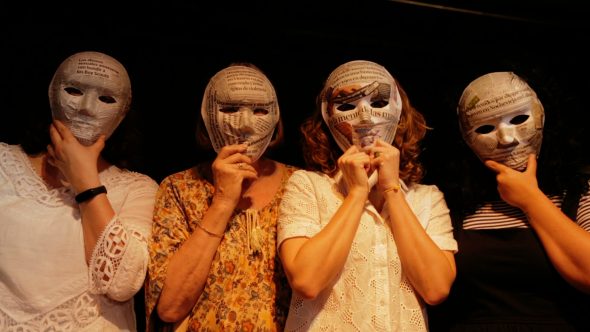 The goal has been for them to experience that fear and explain what they have felt when living in a situation of tension and violence similar to those faced by women on a daily basis. The audiovisual, recorded in Dénia with the collaboration of women from Matria, has been prepared by the producer Man BalaThe APROSDECO Association (Association for People with Intellectual Functional Diversity) has also collaborated and is financed with funds from the State Pact against gender violence.

The actresses, members of the Association of Gifts, give life to the characters with their faces covered by masks and uniform clothes to symbolize the anonymity and fear caused by the aggressors; professional actors and, so that the experiment was as real as possible, anonymous men who lived these situations without knowing that they were being recorded have also participated.

The experiment offers very interesting results and shows, through the testimonies of men, the panic and lack of protection they have felt and how they have lived helped them understand the real fear with which women live daily.

The campaign has begun to spread this week on the social networks of the City Council of Dénia (Facebook, Twitter and Instagram) with a series of publications that, until Sunday, want to create some expectation among the public and capture their interest.

From Monday, September 16, and until Friday 20, the audiovisual will be published in parts, which coincide with the situations of violence proposed.

On Friday, coinciding with the convening of the Feminist Emergency movement, that the night of September 20 calls to conquer the street to vindicate the right of women to a life free of sexist violence, the full video will be made public.

That same night, the façade of the town hall will light violet in support and solidarity with the Feminist Emergency initiative.

From the session a call is made to the citizens to join this campaign and collaborate in the dissemination sharing the different pieces on the social networks with the hashtag #SenseFerPor.