Second team of the players of the CD Dénia: they did not train on Tuesday

The staff of the first team CD Dénia He starred in his second plant of the season, refusing to train in the first session of the week that should have been held on Tuesday.

It was presumed that something similar could happen due to the lack of solutions provided by the board. Fifteen days ago, when the first refusal to train took place, it was possible to put out the fire by convincing the Sports Director, Tano Bertó, to the players. At that meeting they were told that solutions were being sought and that in fifteen days the situation could be fixed. 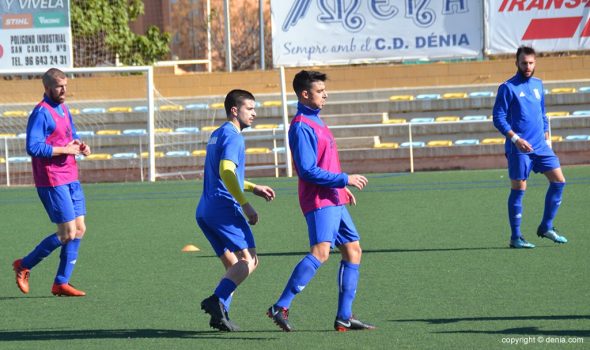 Once the deadline has passed, the solution has not arrived and the players who came to the Field Diego Mena With the intention of training, they met with Tano Bertó. After listening to him, they opted not to train. It should be noted that in the field there were some members of the board of directors present, but not the president, Gema Estrela.

The situation in the club is limited as far as the economic issue is concerned. The promises are no longer accepted by the players and even some of them, those with contracts, could have already contacted the Football Association to inform them of the situation they are experiencing in the CD Dénia.

Some players, like the case of goalkeeper Chiri, came to ask for his retirement last week, but as happened with Luis Domenech, Tano himself asked them a little patience to try to fix the situation. Now everything is in the air and neither the coach himself, Diego Miñana, knows if his staff will train on Thursday or not, with what that means, since he can not plan his work plan.