Second massive response in Dénia due to sanitary restrictions

A crowd has come this morning to the demonstration called by Unidos by the necessity in front of the Dianense consistory to demand that they be allowed to continue with their activity to save the economy. How they affected, "poverty also kills", so they have asked to be allowed to reopen their businesses. 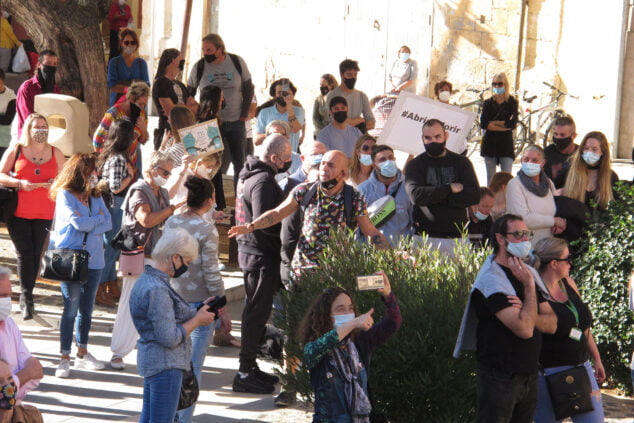 Protesters in front of the City Hall

The call was attended by several businessmen and workers in the gym sector, advocating the importance of opening the necessary facilities to maintain health, but also people linked to street vending and hospitality. It is the second successful demonstration followed in Dénia, where yesterday the hoteliers celebrated another, this time of vehicles, to claim aid to the sector. 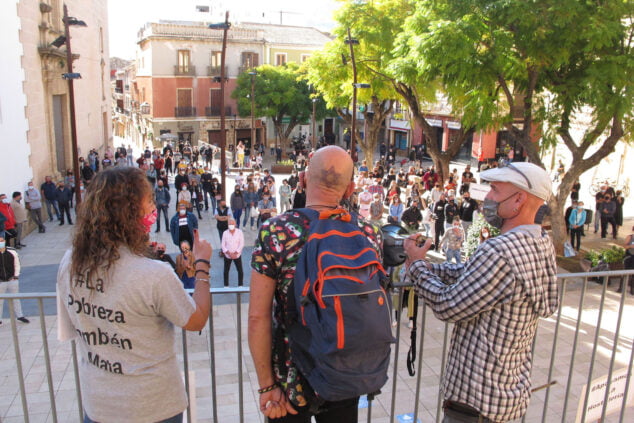 Speech during the demonstration

In addition to demanding a relief from the restrictions, they have also called for the Government of Spain to act on the electricity bill, which they consider has risen disproportionately at the worst possible moment due to the indifference of the coalition parties. 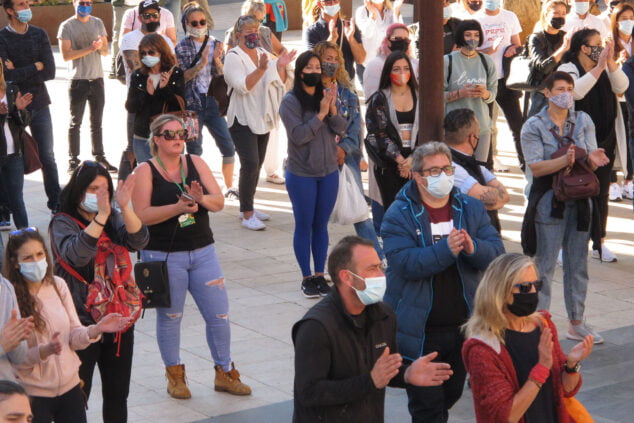 Great participation in the convocation of United for Necessity

However, the movement was primarily pursuing economic reactivation by loosening restrictions that have become tougher due to the current high incidence of the coronavirus in our Community, also in the Marina Alta. In order to exercise their professions, they insist on asking that people at risk remain refugees in their homes while others live in a normalcy with coronavirus and, as they point out, thus be able to recover a more friendly economic situation.

The demonstration has received the support of the controversial healer Josep Pàmies, although now they dissociate themselves from the denialist doctrine despite admitting that the movement has a place for those who believe or not in the pandemic or the vaccine.