Sebastián Ducos: "I keep fighting for the Olympic square"

Sebastián Ducos is a 17-year-old young man from Diane who has found in sailing, more specifically in kite surfing, the necessary inspiration to become an elite athlete. Ducos, a member of the Sports Club
Marina El Portet, comes from get a bronze in the Under 19 category at the European Championship of Formula Kite held in Poland last August and he is highly motivated for the upcoming competitions, especially to win an Olympic place.

Being third in a European is not a minor title, it is something that many fans dream of and that few reach. Something like this can only be achieved with hard work and perseverance. That is why since he can remember
it has been seen riding on a board to sail the seas and even fly them at high speeds. 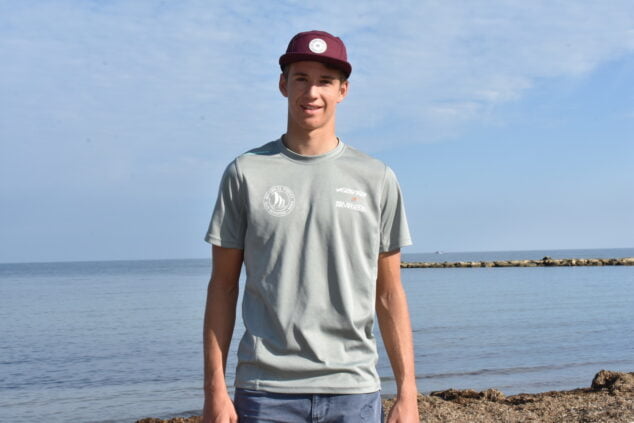 Ducos is currently part of the Spanish Olympic team and is fighting tooth and nail to get the place that would give him the direct pass to compete in Paris 2024. All without neglecting his student commitments. Student of Carmelitas school, He entered the IES Sorts de la Mar to study Baccalaureate and will shortly begin his university studies in Industrial Technology Engineering.

As he has done since he was a child, he will combine his new obligation with training at the Water Sport Center in Marina El Portet, "I know that we must not lower our guard at any time in the competition and this European title gives me the security and the necessary push to continue fighting for more", explained the young kitesurfer. 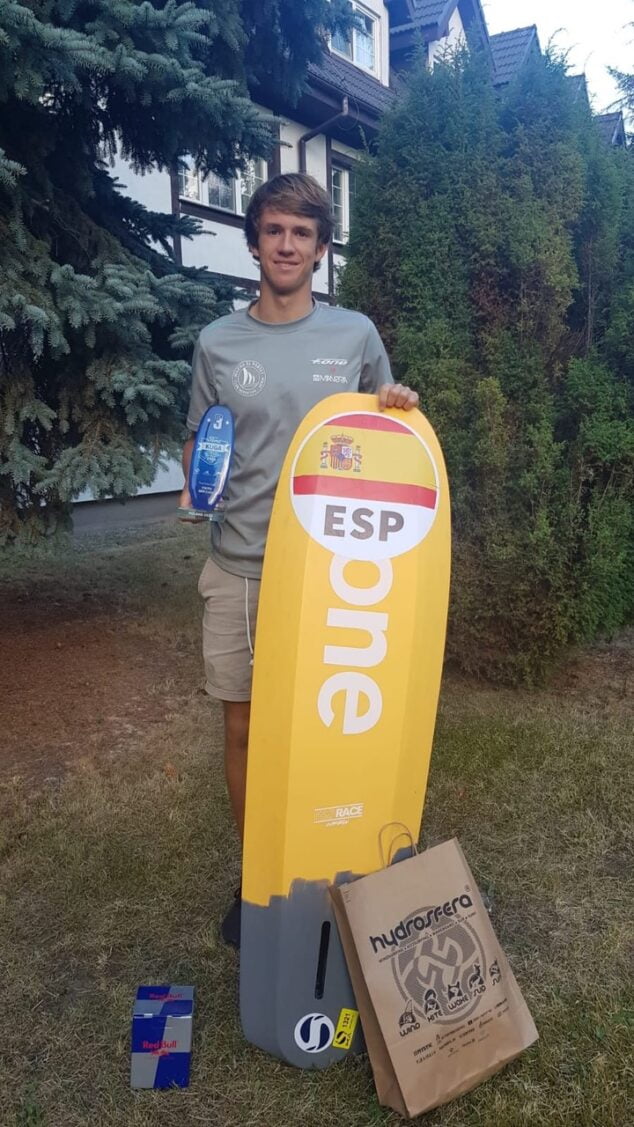 Ducos next to his table

Regarding his achievement in the European, the athlete explained that "I did not expect it at all, because the equipment was new and I had not yet practiced with the equipment they gave me, and that was a great disadvantage, however everything turned out great and I came to Spain with a very valuable third place".

Ducos has been through various kite disciplines since he started racing. In the Freestyle modality, he was third in Spain in 2017 and a year before he was proclaimed fourth in the world. In 2018 he was champion of Spain in the TTR modality and a couple of years ago he took the definitive step to fully immerse himself in the Kite Formula, which is something similar to the premier category of the competitions of this sport.

Passion runs in the family. His father, also named Sebastián, works in the kite sector with a national company and is an accomplished sailor. His 15-year-old brother Santiago is also a very fond of discipline.

Towards his club, Marina El Portet, Ducos only has words of thanks "They have always supported me and I hope to bring many more titles home."

In this sense, I would like to be able to access the Olympic square: "There is a lot of competition, but I will not throw in the towel until the end", has affirmed the dianense.