Dianense Sebastián Ducos has given the bell in the European Formula Kite Championship held in the city of Puck, in Poland, from August 18 to 23. The member of the Marina El Portet de Dénia Sports Club made a brilliant performance that raised him to number three in his Under 19 category and to 25th overall. Thus, he has shown why he deserves to be part of the national Olympic team. 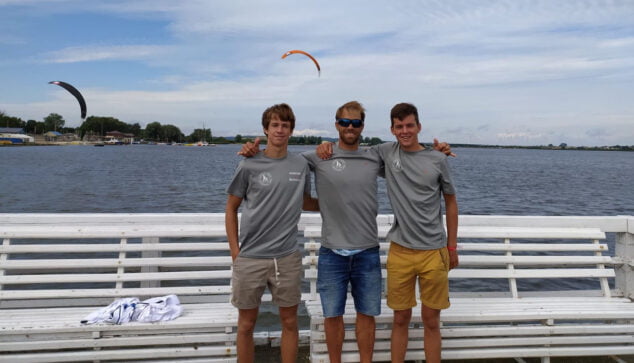 He was not the only athlete competing under the colors of Marina El Portet. Her teammates, the Valencian Álex Climent, current Spanish champion of the class, and the Dianense Kiko Peiró, a member of the Olympic team, were also at the cannon in this important championship.

Ducos put together "a performance from less to more that has earned him to stand out from the 60 participants in his category," as Manu Sanz, coach of the Spanish Sailing Federation and director of CD Marina El Portet, has commented.

After two days of competition, Ducos qualified to compete with the 33 best athletes of the event in the so-called gold group. His progression inside the sleeves even led him to position ninth overall. It is a very important performance for a young Dianense that is emerging as a promise of this sport if he follows the trail he has started in recent years.

For his part, champion Álex Climent did not have his best moment, which was a serious setback for an athlete used to winning. The Valencian competed in the absolute category and also qualified without problems to compete in the gold group. The European finished in position number 18 of the general. Climent had numerous problems with his foil and algae, which led to many ups and downs in the competition.

Meanwhile, Kiko Peiró was not lucky either. The biggest of her problems was that the regulatory material to participate in the European was delivered to her practically the same day as the test, so she could not do the filming and accused the novelty of her tools. She finished number 13 of the silver group. Even so, Peiró will continue to fight tirelessly as he has been doing to date, to show that he is a true prodigy of the Kite formula, a sport in which he entered as just a child.

The director of Marina El Portet, Luis Mira has congratulated the athletes for their achievements and hopes that the track record will continue to increase over time.

In fact, everything is starting to be ready for the next major event: The Formula Kite Mixed European Relay Championship to be held on September 14 in Austria; and to which the athletes of Marina El Portet will attend.