184 new positive cases of coronavirus are registered in the Community

The Minister of Universal Health and Public Health, Ana Barceló, has appeared this morning to update the information on the incidence of coronavirus in the Valencian Community and there are 184 new positive cases, bringing the total number of positive cases to 1.105, of which 378 They are admitted to the hospital and 71 of them are in the ICU. Of the 184 new positive cases, 45 are in the province of Castellón, 34 in the province of Alicante and 105 in that of Valencia.

Also, there are 2 cases not assigned yet because their data is being checked. The number of health professionals who have tested positive in total is 180. On the other hand, the councilor has regretted the fact that so far there have been a total of 33 deaths in the Valencian Community: one in the province of Castellón, 15 in Valencia and 17 in Alicante. At the same time, it has announced that, until 20 hours this Thursday, there have been a total of 20 discharges.

For his part, the President of the Generalitat, Ximo Puig, has announced the contracting of the construction of three field hospitals, which will be located next to reference hospitals, one in each provincial capital. The three field hospitals will mean an increase of 1.100 new beds, of which 500 beds will be available in 15 days, in case they are necessary to face the coronavirus health emergency. 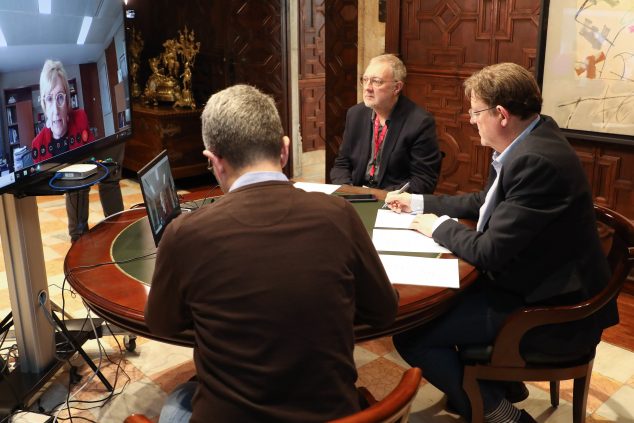 The Ministry of Justice, Interior and Public Administration, through the Valencian Agency for Security and Emergency Response, has indicated that it will allocate around four million euros to start the construction of the three hospitals. The three provisional centers will be prefabricated and deployable buildings that will be connected to each other by tunnels completely isolated from the outside. All the pavilions will be equipped with the clinical and logistical elements requested by the Ministry of Health.

In addition, the Minister Gabriela Bravo has ensured that these facilities, when dismantled after this episode, "They may be used again by the Valencian Agency for Security and Emergency Response, as they are designed to be conditioned for any other crisis situation, such as floods, major fires or earthquakes."

The Aragonese company Hispano Vema, specialized in this type of infrastructure, will be in charge of completing the project.