The Consellera de Sanitat, Ana Barceló, has returned to appear via telematics to update the data of coronavirus infections in the Valencian Community. Among the figures, the one of new registrations stands out, which has exploded with respect to the previous days. 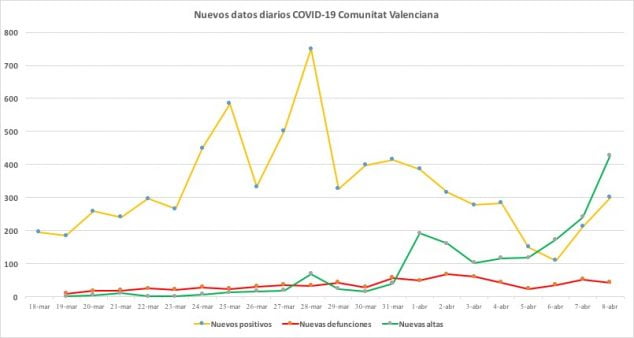 Yesterday We were talking about a record of discharges in the Valencian Community since the coronavirus arrived, with 241 in one day. Today, it continues to grow very sharply, with 428 people recovered on the last day. In total there are already 1.772 people cured since the crisis began, 632 in the province of Alicante.

As for new infections, it has also increased slightly during the last two days, which may be due to the greater number of tests. However, it continues to be below the cured level, which is very positive since it indicates that hospitals can have space to deal with income without overflowing. The new infections have been 300, which already total 7.964 (2.850 in the province of Alicante).