Visits are over: the Generalitat prohibits social gatherings throughout the Valencian Community

It was already mentioned in passing in some conversation between the leaders of the Generalitat and now it is going to be a reality. A new last-minute measure joins those announced last Tuesday and, without a doubt, it is the most restrictive of all: social gatherings between non-cohabitants are prohibited. 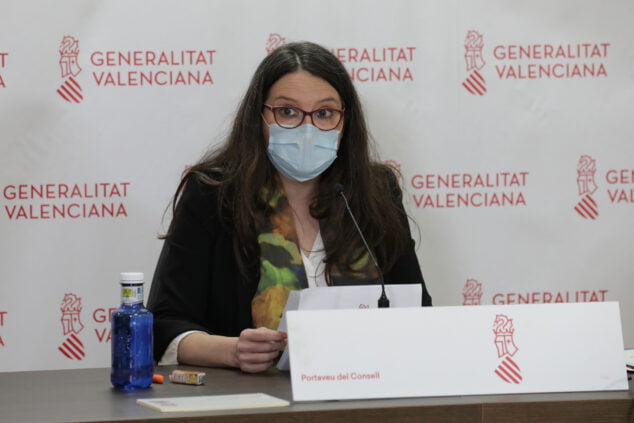 The vice president Mónica Oltra has announced this noon at the press conference after the plenary session of the Consell, that during the next few days a decree will be published to support this measure. Therefore, it will no longer be possible to meet family and friends who do not live together.

It is a new restriction that seeks to stop the incessant increase in infections and deaths in the Valencian Community. With the health system on the verge of collapse, the Generalitat calls for an effort from citizens to manage to reduce the curve of the coronavirus.

Now, the measure could be rejected by Moncloa since collides with the current state of alarm that allowed meetings to be limited to up to 6 participants, so it would require your approval. However, before this announcement it was already made public this week that they were working to find the legal form that would allow them to do so, which they would have found. In addition, the same measure is being applied by the Balearic government.

It is unknown when it will take effect and how long it will last. It has only transpired that there will be exceptions to care for dependent people or those who need care, as well as for people who live alone and couples who do not live together.

Reopening of hotels but with a specific schedule: the de-escalation plan that would begin next week
23 of February 2021
Comentarios

36.634
4.280
11.039
2.120
We use cookies necessary for navigation and traffic analysis. We do not use cookies that provide us with personal data or advertising cookies.
More optionsACCEPT
Manage consents