Zombi Paella, the game publisher of Dianense Enric Aguilar and responsible for the popular The Skull Fallera, has released a trailer in the form of a trailer of what will be his next game, The Hort Family. 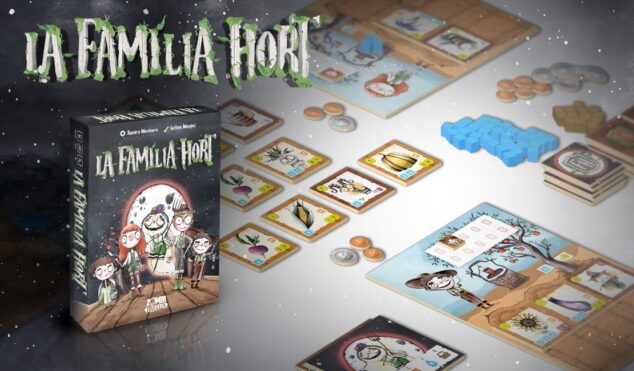 As they were advancing at the beginning of September, this new project, which is the publisher's first game whose authorship does not belong to Aguilar, will hit the shelves on December 3. The game tells the story of an eccentric peasant family, where four grandchildren fight to inherit the lands of their ghost grandmother. Players will plant vegetables, carnivorous flowers, or mandrakes. They will water and pay, buy animals and sell their products at the best price. The Hort Family is a resource management game, simple and strategic, with rules accessible to all audiences.

The Hort Family It is once again betting on Valencian as one of the languages ​​included in the game, apart from Spanish and, for the first time, English. It is intended for all audiences, and is ideal for bringing together new players and more experienced players in the same game. Its launch, as we said, is scheduled for December 3.