Sports summary of the year 2013

2013 year I leave us in good and bad news sport plane. In football again it is a difficult year, after the second consecutive decline CD. Dénia. Bass club to Preferred Third Division after a fateful season.

Institutionally the management ended its stage and elections were called. The only candidate was the one headed by Gema Estrela which he was proclaimed President of the club. His hand new coach arrived, Jesús Moratal that adjusting to a very modest budget concocted a great squad that ended the year second in the standings.

In the 2013 basketball world it has been a great year. In late May, the junior team of the EMB. Basketball Dénia participated in the Championship of Spain getting to be the 16 32 of participants. One of his players, Alba Gilabert It was called to a cadet Spanish preselection working with the best technicians in the country.

Dénia team met senior male Basketball at the beginning of August that militate in First National, as there was a vacancy and belonged on sporting merit this promotion. The women of the club, still struggling to get promotion to the First Division.

The great success of local basketball Dianense is given by the great work that is being carried in base categories. From the local school league to all teams of the Municipal School Basketball and Basketball Dénia's own. The Dianense basketball is among the elite of the Valencian Community.

In the world of football, regretted that the Paidos in the national youth league will remain without the title of champion in the last day. OAP mood of a few made it possible not disappear CD. Dénia futsal hand Auto Motor Dénia follow in the Third Division. ACYDMA the regional league, still every week deparando big games.

Athletics is another of the great ones in the 2013 year, and its greatest exponent was Aina Fornés which it was recognized by the Higher Sports Council and the Spanish Sportsmen improvement of school age.
The popular tests are becoming more numerous and this causes the growth of its practitioners. At the federated level, the CA Baleària Diànium returned to have a season full of great results.

In Rhythmic Gymnastics, Laura Crespo Piera, was chosen as best sportsman of the year at the Sports Gala Denia. She and other colleagues made a big role in the championship all Spain.
A broad representation of young gymnasts managed to climb the podium showing the quality they treasure and the great work being carried out C.Gimnastica Rhythmic Dénia.

In the world of handball, Garbi Dénia He descended from category and this caused a major sporting restructuring. Older players gave way to a young and exciting team that will be given time to achieve good results.

Another great sporting moments of the year were 2013 "X Minijocs Olympic High Marina" held in May, vertebración example of an entire region.

Clubs like the Real Club Nautico Denia It has been one of the most successful, with sailors, paddlers and rowers among the best on the national scene.

Among the most successful names in this exercise are the trialtea Andrea Fernández with just 14 years, he got many victories in this difficult discipline. In the automotive world, Alex Sirerol still struggling in a sport as complicated as it is motorcycling, where not only drive but worth knowing have a good team and especially economy to be fighting on equal terms with the other riders.

Highlight all those companies and individuals thanks to them, in complicated times in which we all move, make it possible Dénia remains a living city as far as sport is concerned.

Athletes wish all a Happy New Year 2014 and that all dreams are fulfilled. 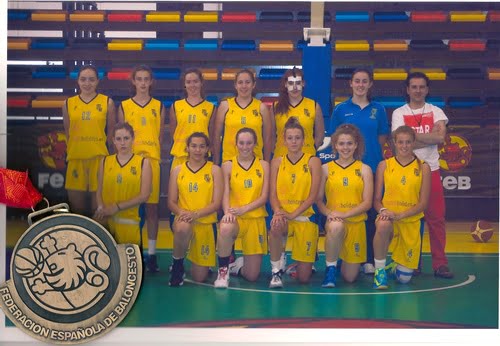