Sports summary 2014: from January to June

It ends the year 2014 and it makes sense to take stock of what left us. Obviously there are lights and shadows throughout this exercise. Like most sports seasons do not start at the beginning of the year, it is best to summarize the salient month. In the first half of the highlights this year has been:

The year began with the Second Race King cake which had the proper name the athlete, Siro Piña was the winner of it, clearly. In this world of athletics athlete Aina Fornés It was junior champion and autonomic test absolute runner combined.

In the football world the CD. Dénia He gave out his striker Armando Lemos to English football and the team remained among the best in the group III Preferential. But within the club Dianense a sad time he also lived as was the death of Pedro Perles Giner, a man who had been a team delegate for more than 30 years.

In the world of the basket the news was positive as Andrea Marqués, one of his young hopefuls was included in the final list of Valencia Cadete team that played the Spain Championship Selections, Where he earned a seventh place. Another young Dianense value of the quarry, Pau Puigcerver powerful confirmed his departure to Valencia Basket.

World Athletics We highlight the triumph in the III Solidarity Race of the Red Cross of the athlete, Víctor Fernández of the Athletics Club Franc Beneyto Runners.

While in the region a new amateur cycling team was presented, the Rolser-José Jorro with the presence of dianenses cyclists in their training. Faithful to his appointment, he visited us BMC for their preseason on our roads.

In racket sports, the Dianense, Sergio Pérez was summoned to join the Spanish selection Cadete who played a major tournament in Hungary.

This month came the best news in the world of athletics. Miguel Ángel Pizarro was silver medal Autonomic Championship in indoor track in the distance of 200 meter dash. Lily Riva was gold medal in the category of veterans in 200 meters, Mayca room was bronze and María Perelló was runner-up in the junior category in the test of 1.500.

It was not a good month for the CD. Dénia since he lost his leadership and that caused nerves among the board that granted the casualties to Pepe Gómez and Javi García. At the same time, he confirmed the arrival of new players such as Paco Rueda, Manu Utrilla and Ricky. Although the most significant was the program by the players with the image of the president own Gema Estrela, who was much talked about in international media.

Dénia arrived seventh stage of the Navy Volta cycling with the triumph of Pedro Luis Millan in a race that was decided to sprint.

In the world of football and in the regional league ACYDMA, there was one of the biggest wins living memory at the hands of the Reale Seguros Ginestar equipment.

This third month of the year left us a very good taste for fans of quarry football, since for the first time in history a Dianense soccer player dressed in the colors of the Spanish National Team. The player José Luis García, known as "Pepelu" played with the Sub 16 national team under orders from Albert Celades.

In basketball, Andrea Marqués left the Dénia Básquet for joining a large the CB. Ros Casares and continue his great projection, although I leave weakened to the dianense set all were happy for their incorporation to one of the most powerful teams of the national panorama.

In athletics, Rodrigo Camino made one of the toughest tests between, Getting a canary land classification. Aina Fornés again a medal in a championship of Spain. While popular athletes guarded weapons to participate in the Circuit a Peu Marina Alta.

The big news came in the sport of Rhythmic Gymnastics with Laura Crespo was the best in the Regional Final. Another Rhythmic Gymnastic Club component of Dénia, proclaimed Inga Shakhanova champion Spain Base Level.

Great response from our athletes Raquél Paya charity race Said Day won in men and women Aida Fornés. Denia.com whole team was the organizer of the event. A few days later held the Fourth Half Marathon and Marathon Dénia with the triumph of Mounir Horma and Said Day respectively.

In the world of the duathlon the dianense Andrea Fernández had a great performance in the Spain Championship which it was held in Aviles.

By this time the CD. Dénia kept immersed in the fight for promotion, so I did not hesitate to make an effort for the signing a front, Luis Morelló.

One of the appointments that arrives annually during Holy Week is the Salt Route Regatta in its East version, which in this edition was won by the ship, "Café del Mar".

The dianenses followers saw as the CD. Dénia was only 1 promoting minute ascent, despite winning the UD. Massanassa alginet victory left him off having the chance of being promoted.

Motorcycling, Alex got Sirerol the podium in the race of the Spanish Cup that was held in Jerez. In the sport of sailing, two sailors of the Real Club Náutico Dénia, Jacobo Miquel and Javier Martínez were third parties Cup of Spain catamarans.

Dénia celebrate another edition of its triathlon with notable participation. In the world of futsal Selection ACYDMA again give great joy demonstrating the quality they have players competing in the regional league.

In the meridian of the year the good news came in transfer mode and renovations in the world of football. A cadet, Hugo Monserrat Sign Real Madrid. While Pepelu renewed with Levante UD to 2021. On the CD. Dénia began planning the new season with first signings. 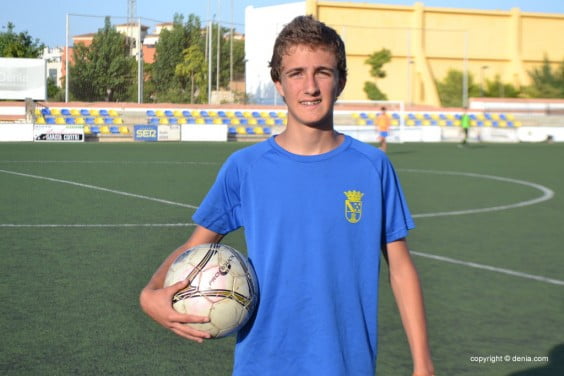 The lovers of sports cars met at the Maritime Station to see the arrival of the participants in the particular race Gumball 3000.

For the first time the Montgó Natural Park was the scene of a mountain race, Which was attended by world-class specialists accompli.

These were the most important news during the first six months of the year 2014 where there were more lights than shadows.