Workers of the works and services brigade of the City of Dénia work on Wednesday to repair the structure of La Glorieta, the central Dianense square whose pillars have suffered damage during routine pruning work. 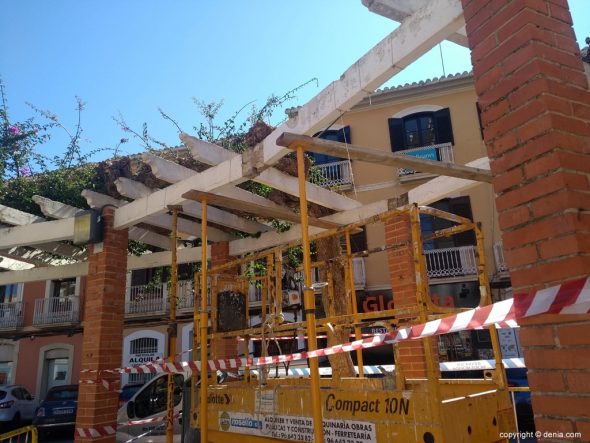 Apparently, one of the pillars of the square suffered a blow during the pruning, which brought to light the deterioration of the structure, with more than sixty years of life, since the year 1955 moved from there the Municipal Market to the current location, on Magallanes street.

The works are to change the damaged pillar and install new beams that support the weight of the structure. The intention is that they are finalized before failures, since La Glorieta, in addition to being a place of obligatory passage in holidays, will welcome the days 17, 18 and 19 of March mascletaes that traditionally shoots the fails Center at noon. 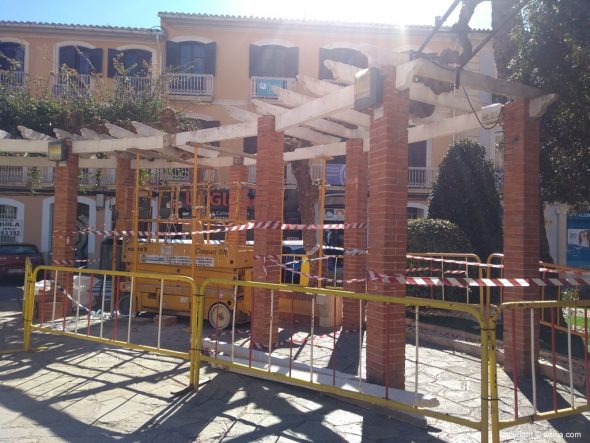