"We demand the sexual freedom of women, the right to be happy, to live as we want"

Yesterday afternoon, around 200 people participated in the demonstration organized by La Xarxa de Dones de la Marina Alta on the occasion of International Women's Day. In it, representatives of various associations and municipalities of the region, as well as a large number of citizens, joined the protest march that ran through the center of Dénia. 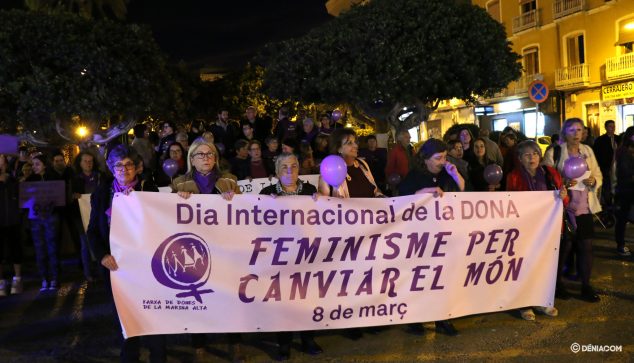 Convocation at the roundabout

From Glorieta from the Valencià Country, where the call for the demonstration took place, to the Plaça del Convent, Marqués de Campo walked around chanting different protest slogans, concluding with the reading of the manifesto Feminism to change the world in the mentioned square. 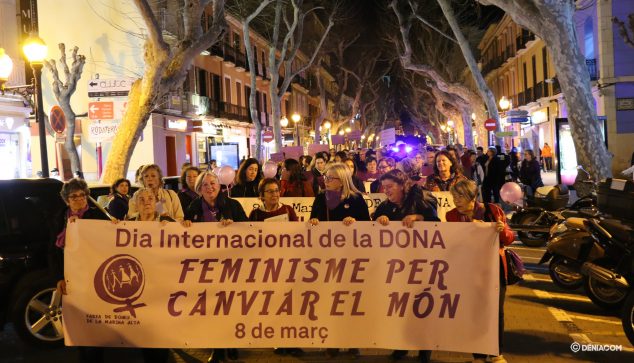 "We return to the streets to cheer loudly against all the discrimination and violence that women suffer every day everywhere", read one of the organizers to the applause of those present. 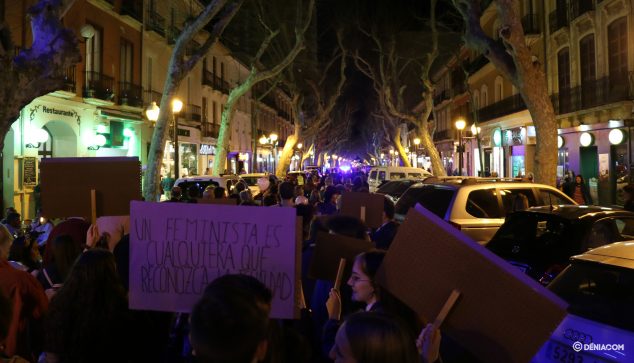 Manifesto "Feminism to change the world"

The feminist movement will return on March 8 (sic) to make history. Again we will return to the streets to cheer very loudly against all the discrimination and violence that women suffer every day everywhere. It was the union of many women in the world that won great victories for all of us. 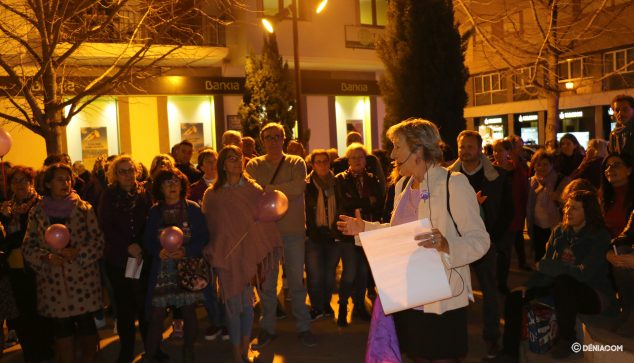 Women have a primary role in the maintenance and care of life. It is time to put the care in the center of society. Women do not want to continue alone with this burden and demand joint responsibility and the right to care and care. 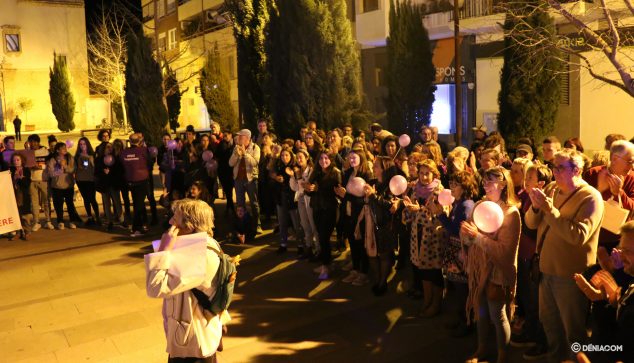 Demonstration at the Plaça del Convent

We denounce that being a woman is the main cause of poverty. The precariousness that affects women is aggravated by being older, by orientation. Being migrated, racialized, for being transsexual women, for having functional diversity or any image that is not within the regulations. There are sectors with inadmissible conditions: hotel cleaning workers or domestic workers, sideboards, and so many others. 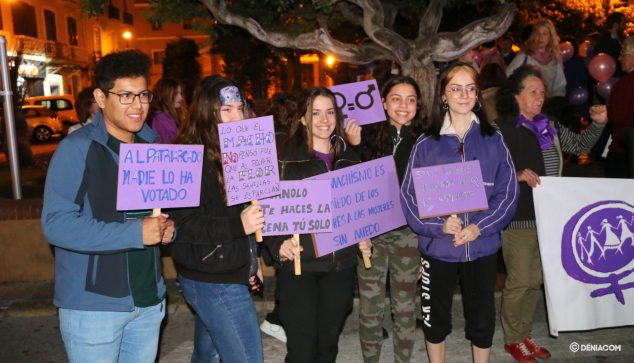 Participants in the demonstration

We demand that the time of priests be recognized in the calculation of pensions.

We demand decent jobs and wages; the repeal of the Labor Reform; ratification of ILO Convention 189; measures to eradicate sexual and sexual harassment and that women with functional diversity have a real and effective treatment of social and labor insertion. 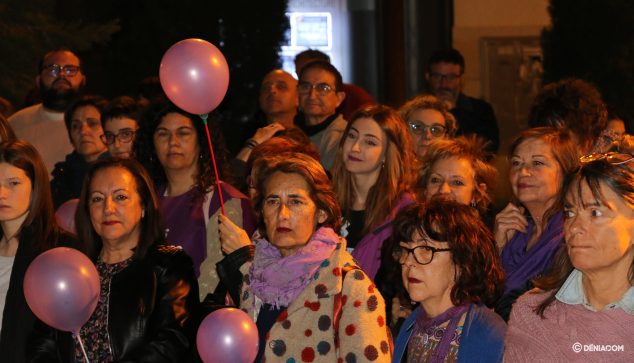 Attendees at the Women's Day demonstration

We demand an education that does not make women invisible, an education in values, where coeducation and affective-sexual education in schools form people for a world of equal rights and respect, without gender stereotypes. 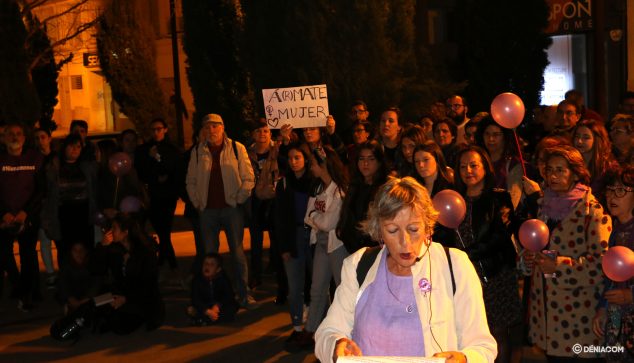 We demand a public, secular and feminist school, free of patriarchal values.

Enough of the fact that women live under the terror and lack of freedom imposed by murderers, abusers, stalkers, rapists, pimps and whore. 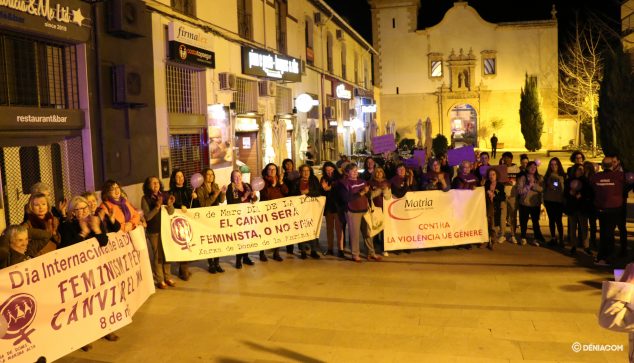 Reading of the manifesto in plaça de la Constitución

We demand compulsory training with a gender perspective to the judiciary, in the security forces and bodies and to the administrations. That the pacts against gender violence are provided with sufficient resources.

We claim women's sexual freedom, the right to be happy, to live as we want.

Comrades, remember that March 8 is every day. The road is long and the mobilizations continue.

Together we are unstoppable! 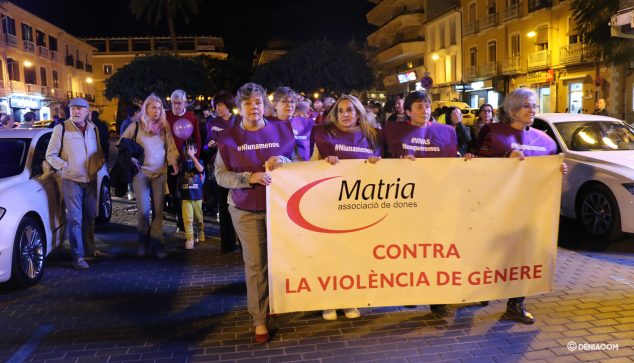 Demonstration at the Roundabout 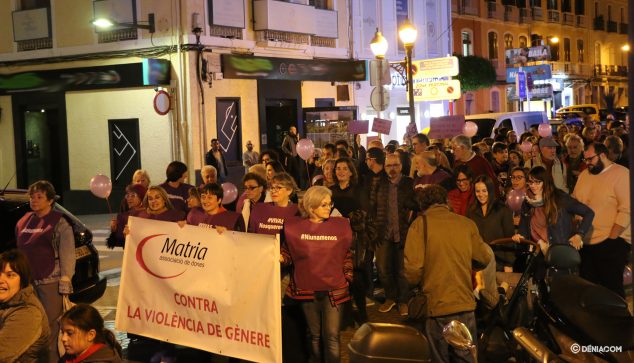 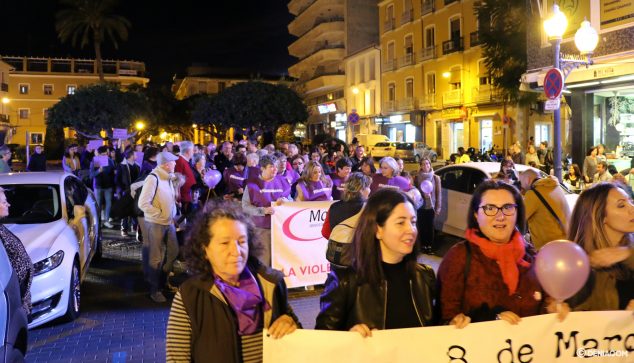 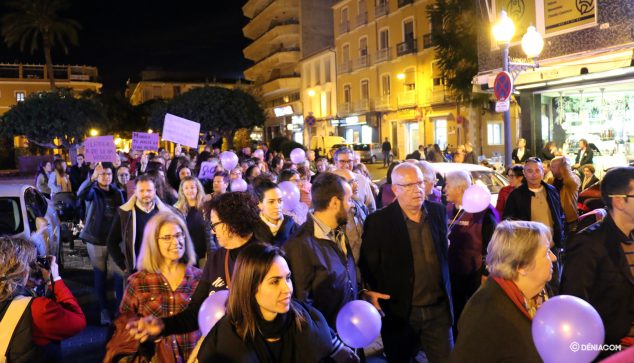 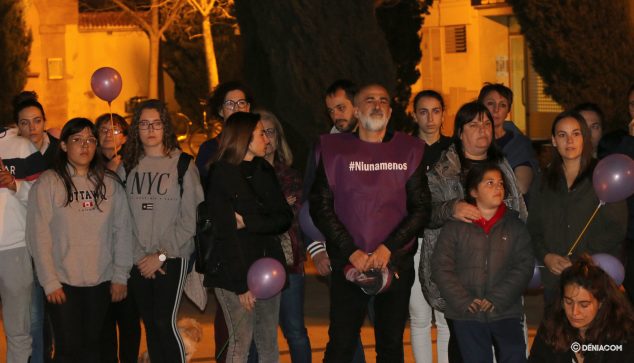