Who was the Marquis de Campo? Discover the characters "Street to street"

It is the street where everything happens, the heart of Dénia. But, have you ever wondered who is the character that gives it its name? We analyze why Jose Campo Perez he deserved that the main artery of Dénia paid tribute to him. 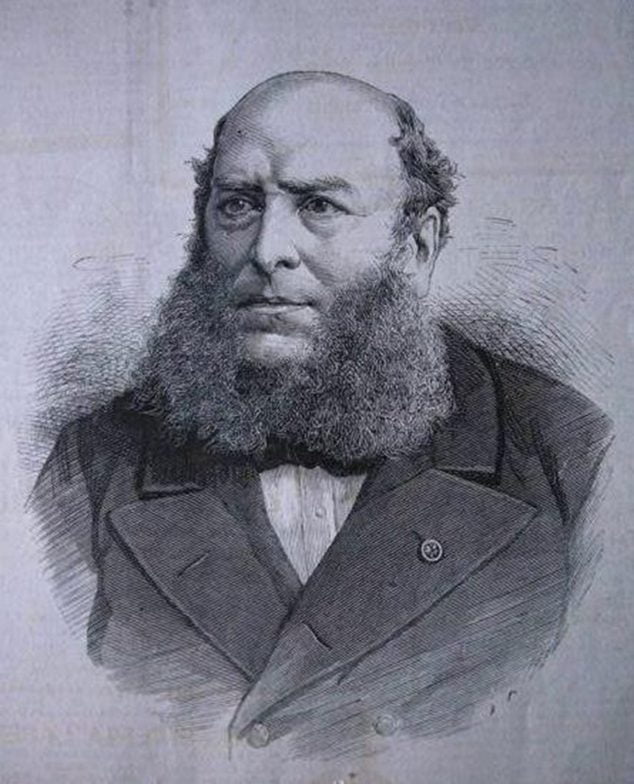 What did he do for Denia

The Marquis de Campo was the one who brought the train to Dénia: On March 30, 1884, the Marquis de Campo was present at the inauguration of the Dénia-Gandia-Carcaixent railway. Years before, in 1852, José Campo established the Sociedad de Ferrocarriles del Grau a Xàtiva, the first Valencian railway. He had the financing and advice of the Royal Valencian Economic Society of Friends of the Country, of which he was a partner, and with the involvement of the bourgeois class in his projects. The train was one of the factors that decisively contributed to one of the greatest periods of economic development in Dénia, which coincided with the peak moments of the raisin.

But, let us start at the beginning.

The many facets of the Marquis de Campo

José Campo Pérez was born in Valencia in 1814 to a prosperous family, especially on the part of his father, Gabriel Campo Arpa: the paternal family was a family of Aragonese merchants who made a fortune from trade with America. José Campo had many faces: he was a cunning businessman, merchant, publisher, shipping agent and politician, as well as a symbol of the Valencian bourgeoisie.

In politics, he always belonged to conservative party, and became mayor of valencia with only 29 years. His promotion came when he moved to Madrid, without completely leaving Valencia, something that catapulted him into the society of the moment. In 1874, he received the aristocratic title of Marqués de Campo from the hands of King Alfonso XII, for his hostility against the First Republic and for his political and economic contribution to the restoration of the Monarchy. He also became a senator for life.

In business, his shipping line grew to a fleet of twenty-five ships. In the financial sector, he founded the Valencian Credit and Development Society, considered the first Spanish investment bank, the Spanish Central Credit Society, the Caja de Ahorros y Monte de Piedad de Valencia and the Banco Peninsular Ultramarino. In addition, he obtained the concession of the Correo del Seno de México, which linked Cuba and Puerto Rico with Veracruz and other areas of the Gulf of Mexico. 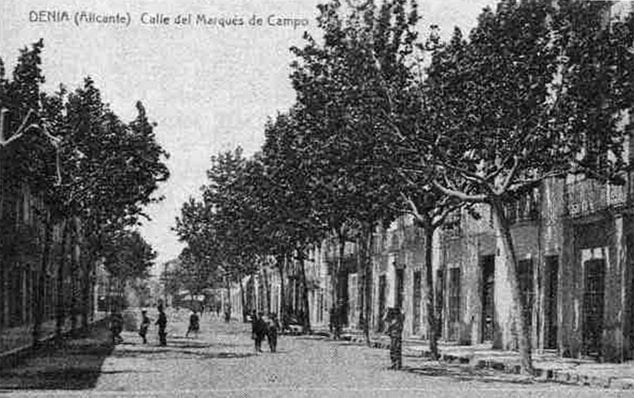 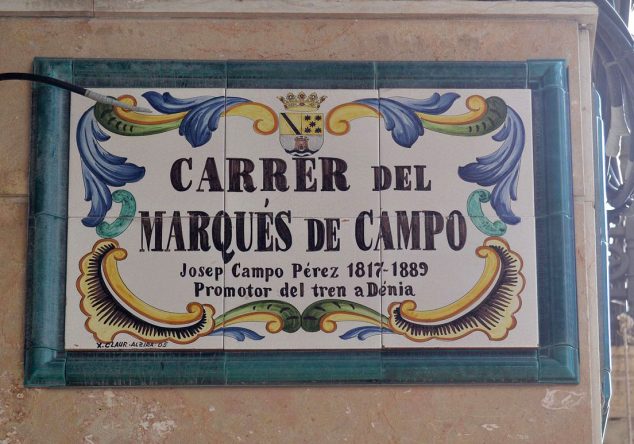 Learn more about the history of Marqués de Campo street. And if you want to know more characters that give the streets of Dénia their name, these are the ones published so far: