What happened to the Portland factory? Unpublished photos and many unknowns

For many young people in Dénia, the Portland Factory may simply be the abandoned factory next to the Pinaret d'Elies. They are used to seeing the silhouette of their chimney from time to time appear in the distance. But few people know its history and what it meant for Dénia. And the few that remain have trouble talking, there is a general mutism about the topic. Nevertheless, Carles Doménech, professor at the Historiador Chabàs Institute and the UNED Recently retired, he has carried out a historical investigation to deepen this part of our industrial heritage. An outreach work on the labor, economic and industrial history of Dénia from the postwar period until Franco's death. He has found many answers, and at the same time, new questions. 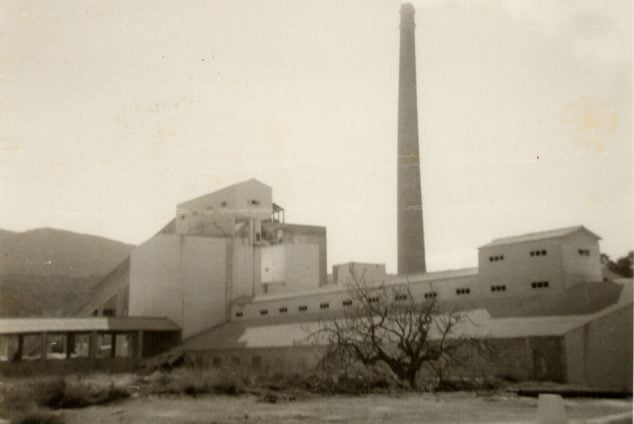 The Portland Factory was the only Spanish company that closed for environmental reasons during the 35 years of Franco. The calcination of the materials to obtain the cement produced limestone gases in suspension. These gases affected the workers, but above all the natural environment: a thick layer of white powder perched on the orange trees that surrounded the factory that prevented photosynthesis and normal tree growth. This problem was compounded when they also began to build villas nearby, due to the arrival of tourism.

Factory timeline: from construction to closure

The civil works of the factory (offices and other facilities) begin in 1954, in 1955 the technical work is done (chimney, tanks, oven ...) and in 56 the activity begins. During its construction, there were six deceased, a record death rate in Dénia in the workplace. These facts were a shock for the people.

What is cement and where did the raw materials come from?

The product that was manufactured was Portland target, the "aristocracy of cement", a material of great beauty different from the gray portland current. The company that operates the factory is CEMESA, Cementos del Mediterráneo SA. Cement is an artificial product that is obtained mixing limestone, clay and kaolin. The deep cut in the mountain to which we are accustomed, the Montgó quarry, was the source of limestone for the Portland factory. The clay was extracted from sea sand, collected in Les Deveses, specifically in the Molinell area. And the kaolin (used in ceramics, much appreciated in Manises) was bought and brought from Asturias.

The three components entered a furnace, in which they underwent a calcination process that, as we have said, caused gases. Very soon after the factory started operating, the effects of these polluting emissions began to be noticed. The conflict of interests between farmers and CEMESA was about to break out. 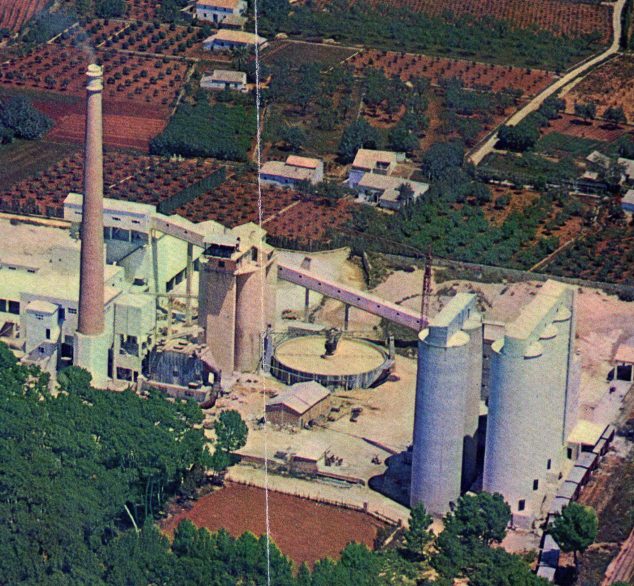 Aerial image of the factory in 1968. A special raft was built to mix materials (Photo: Juan Antonio Chorro)

The origin of the crash

Around 1960, in Dénia there began to be a process of replacing the vineyard with the orange tree. The orange was expensive and its cultivation was very profitable. But the orange tree is very sensitive to atmospheric pollution, and the white powder of the cement plant perched up to three kilometers around. To this is added that between 1968 and 1970, villas begin to appear around the factory. At that time is when the confrontation peak is reached, because in addition to the agricultural sector other fronts join, and the judicial route begins. There were four lawsuits, in one of the longest judicial proceedings in the history of Dénia. The courts rule against CEMESA in 1971, and the dismissal process for the 125 workers begins. The sentence left "the door open" to the factory reopening if environmental conditions changed, to which CEMESA responded by installing filters to meet that premise. 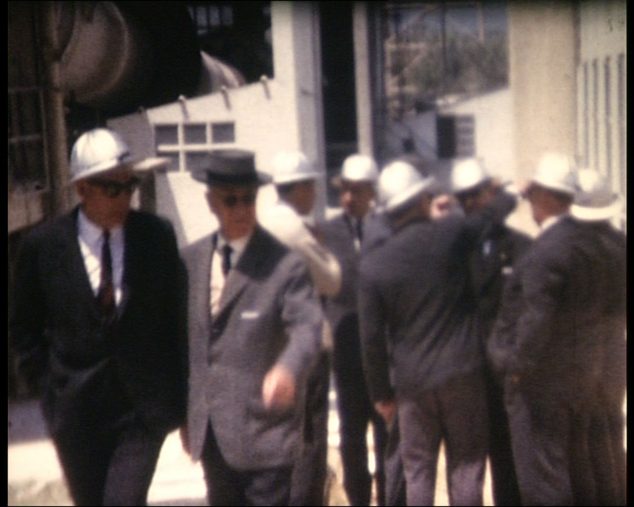 Shareholder visit to the factory. around 1970 (Photo: Ramón Oliver)

Following the publication of the judgment in the Official Gazette of the Province of Alicante, about 6500 allegations are presented, some in favor and others against the reopening. If you consider that the population of Dénia at that time was around 16.000 people, it means that a huge percentage of the population took part in this cause. This confrontation created enmities that still continue today, and that have made Doménech difficult to investigate. Silence indicates that it was a conflicting issue.

The last ruling of the Supreme Court settled the matter, and the factory closed definitively in 1973.

Claim the industrial heritage of Dénia

The general structural plan has a catalog of protected goods, but in the case of the Portland factory only the chimney is protected. 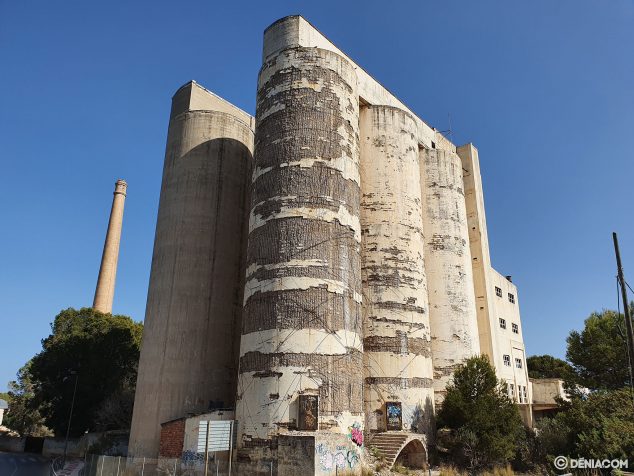 View of the Portland Factory today

The rest of the construction, if no measures are taken, "is docked," according to Carles Doménech. "There is machinery and valuable elements to conserve, because industrial heritage is not just the building. It could become a museum headquarters, to give value to the economic and industrial history of Dénia." The only ones vestiges of industrial heritage left in the city are the Gas boiler and the facade of the old Gualde sawmill, at the corner of Diana Street with La Vía Street. 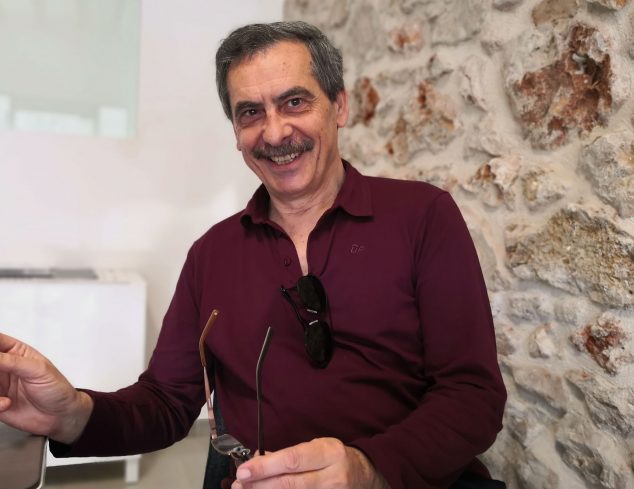 Carles Doménech has been immersed in arduous research for several years, and his work, the historical chronicle "La Dénia del pòrtland: Ciment i taronges, a difficult encaix" It is pending publication. Its intention and that of its hundreds of collaborators is to "channel its edition via municipal, seeking the collaboration of the City Council of Dénia".