What is causing the coronavirus outbreaks that already leave more than 300 infections in Dénia?

Although the restrictions urge to maintain social distance from other people and, since the latest measures, prohibit visits to family and friends, coronavirus outbreaks continue to occur in Dénia, causing the rate of infections to increase in the municipality. Although normality and even the new normality has been momentarily put aside waiting to recover a more stable incidence than the current one, these events insist on making clear the importance of staying as isolated as possible. But what causes these breakouts? 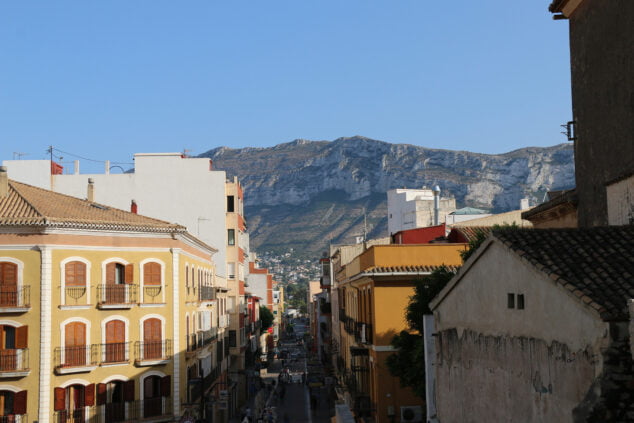 Diana de Dénia street with the Motgó in the background

Faced with so much new terminology, it is important to insist that an outbreak and a contagion are not synonymous, absolutely. Is named outbreak contagion of at least two people as a result of the same positive That is, an outbreak must have at least 3 infections and have the same origin or common ties that has caused it to have reproduced to pass from one person to two others, which can cause an alarming expansion if it maintains that rate.

Public Health is in charge of tracking these outbreaks to isolate the people who may be affected and thus prevent it from spreading. It is the difference between a controlled outbreak of 3 people to a large and untraceable one that affects dozens. The capacity and the limits of participants in social gatherings are being reduced more and more in order to make the outbreaks that they can cause are as small as possible and stop them in their tracks.

For example, an outbreak of a meeting of 6 detected the next day can affect only 6 at most if they have not seen other people in the hours before detection. However, under the same conditions, being detected before it spreads to points other than the origin, if the outbreak has occurred on a massive birthday party or in a closed disco, which has been attended by a couple of hundred of people, the work of tracing is unaffordable, which would cause an alarming expansion.

It is one of the reasons why nightlife was closed in August, despite the fact that luckily it hardly caused outbreaks due to, it is presumed, some measures in the premises that worked. There was only one case in Dénia in the entire pandemic with 4 infections. Something anecdotal knowing what could have happened.

Meetings are not the only focus of outbreaks

In Dénia there have been 58 outbreaks of coronavirus throughout the pandemic, the last one detected yesterday. In total, these have left 301 infections tracked, all of them having been stopped in time.

But where do these outbreaks occur? It has already been repeated ad nauseam, although it is very important to insist: most have occurred in the social sphere, that is, meetings with friends or family. More than 80% of the outbreaks are social in Dénia. In total, 41 data of this nature have been detected since there is data, which have left 211 positive. They are usually minor shoots detected in time, in part due to the restrictive measures in this regard that mean that, despite being a constant occurrence, the number of exposed people is minimal. There was only one large case with up to 18 infections during the first weeks of December, with much kinder regulations regarding these meetings.

Now, job-related outbreaks should not be underestimated, which are usually larger than the social ones in Dénia. The municipality has notified up to 11 of this type, being very common that they exceed 5 cases. These have left 59 infections in the city. However, unlike those of a social nature, there are no specific restrictions in this area since the work is still mostly face-to-face and people are just as exposed as during the months before and after confinement despite the fact that the incidence is much older.

In the case of education, unlike what is usually believed, it causes a minimal number of outbreaks, although they are usually striking since the protocol is more severe and classrooms are continually confined. In Dénia there have only been 4 outbreaks with this origin, leaving 20 infections. Half of these in a single outbreak that was reported on December 28.