wristbands to prevent loss of children in Dénia this summer

Fortunately, there are not many cases of loss of minors in the beaches of Dénia every year. In 2015 there were only four cases with minors between 5 and 10 years old, which were successfully resolved thanks to the efforts of the Local Police. Although they are solved on all occasions, the bad time that parents or those who are in charge of minors have is not pleasant.

That is why the local police in Dénia distributed for free this summer wristbands families for children and their parents are easily contactable in case of loss. As explained Chief of the local police Mayor, Jose Martinez Espasa, these bracelets will be available for families in tourist offices in Denia and local police. To acquire, family leave phone numbers and an address where you can locate them will be associated with the number of bracelet so that facilitate the meeting in case of loss of children to be able to quickly locate their parents. 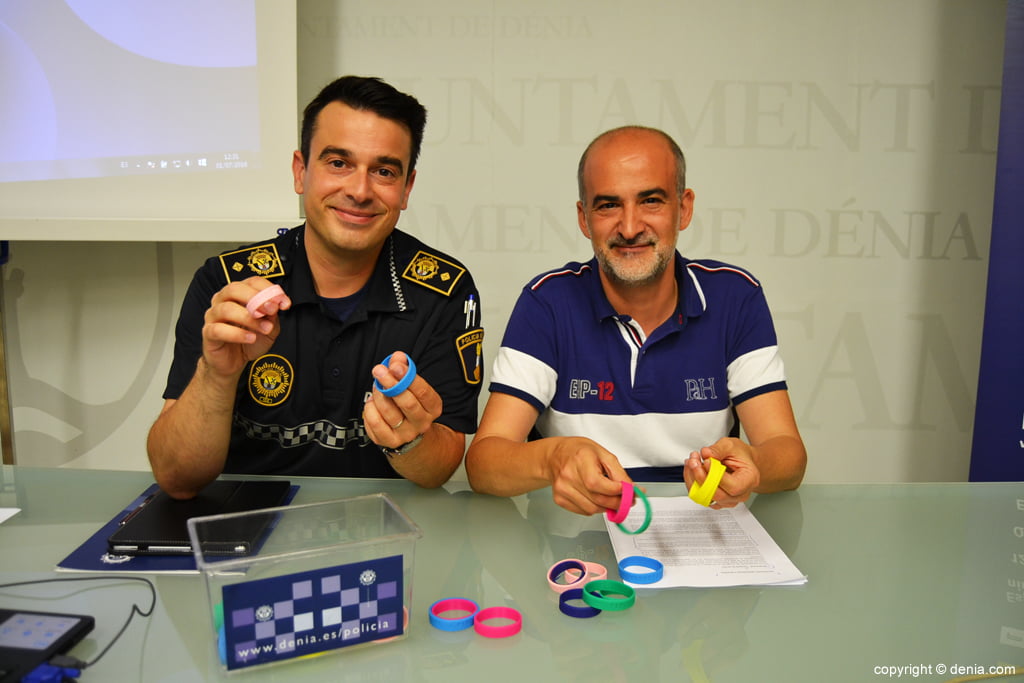 For Martínez Espasa "It's a simple idea that can avoid parents having a hard time". For the moment they have been prepared 500 bracelets that have begun to distribute already enabled in Dénia points where the families of the steps will be informed.

This measure is one of the Local Police and the Department of Public Safety who heads Javier Scotto They have launched this summer, framed in the campaign Closer to youA set of actions based on prevention, proximity to citizens and some improvements to ensure the safety of residents and visitors.

That is why this summer, for the first time, the Local Police staff will be reinforced with 12 new agents who will patrol the beaches, as well as the reinforcement of the provision of vehicles to cover the 22 kilometers of coast with two more quads. For its part, the maritime surveillance service is maintained for the entire coastline, including the Cap de Sant Antoni marine reserve. The reinforcement of the workforce will also make it possible to maintain the rural patrol in the It montgó for fire prevention tasks, uncivil behavior and citizen service.

The Local Police of Denia has activated new channels in social networks to be closer to the citizen. The Twitter account that premiered a few months ago adds a new Facebook page and a new Youtube account. The first will hang information outreach to neighbors, while the second platform will be used to hang tutorials and explanations about the services they offer.