The second day of the regional veterans' league has left the Publidiseny / Veteranos Gata and Jakarta teams in the lead, tied in points. Jávea, both with six points after winning the first two league games.

On the second day, Gata won by 5-1 at Robin Look Internacional, while Jakarta Jávea won by a fair 1-0 at Colombians FC. In the remaining games, Energías Renovables HG beat Ecolatinos by 2-1 in a very even match. The Veterans of Pedreguer tied 1 with the Veterans of Calpe; the Veterans of Jávea defeated Denrum by 0-4; Pizza Mammaleone tied 2 with UD Oliva Veteranos, who lost the leadership he won on the first day. 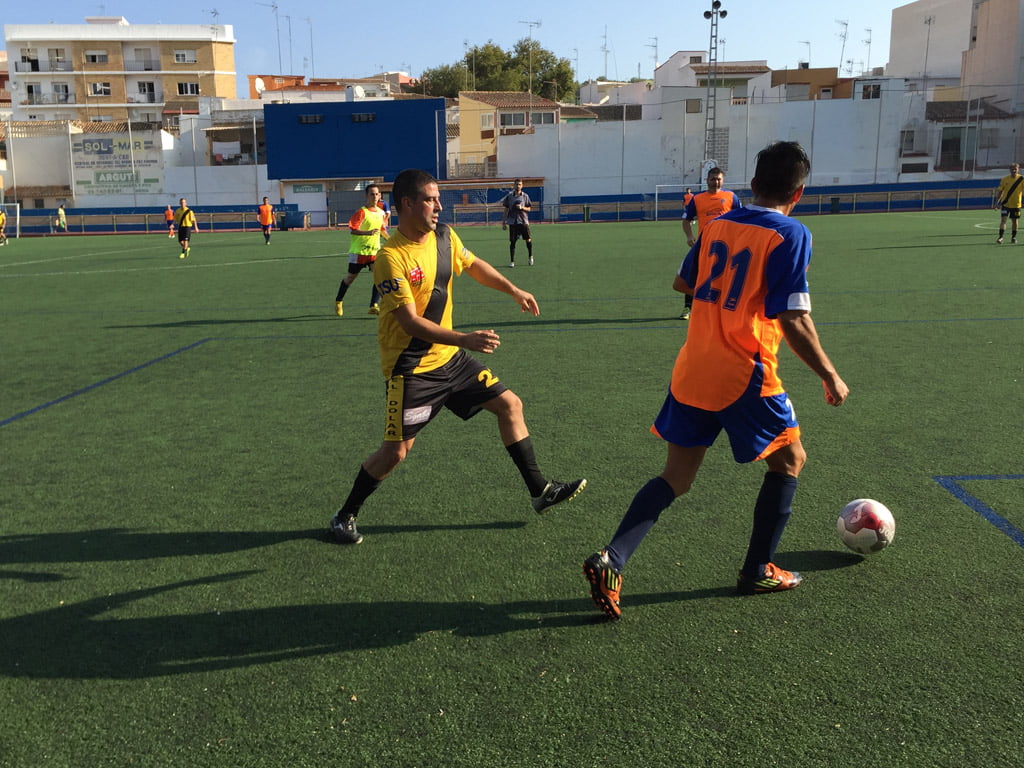 The veterans of Dénia and Ondara also tied 2, while Construcciones Ricardon Mañas lost to Teulada Moraira Youth by 1-3. The game between Kamarka Dénia and the Soc. De Caçadors de Pego was postponed.

After the second day, the classification is as follows: 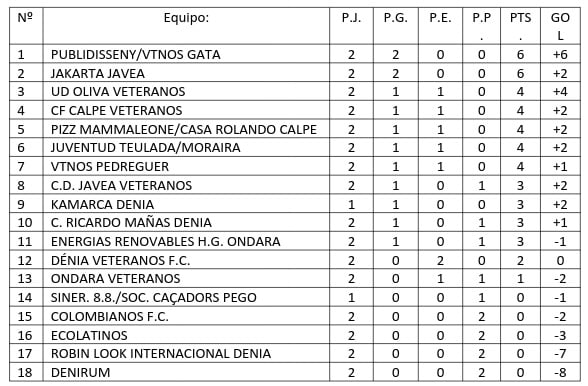 The third day of league will be played next Sunday September 18 the following times: