The Social Democratic Party and the Bloc have signed a joint communique in which denounce the haste with which the Popular Party and Center Unificat have closed the governability pact Denia when there are still avenues for dialogue.

Both parties consider that it should be the PP, the majority party, who initiated the talks, although with the BLOC only spoke "five minutes of courtesy" and with the PSD did not meet. Both PSD and BLOC, according to Juan Sancho, "We are open to talk in order to build together the best project for Dénia". Since the PSD and proposed a pact BLOC "Broad consensus against personalism" and consider that the sharing of responsibilities should be done so "Representation of each party and efficiently".

Also, PSD and BLOC is clear that from any position will continue betting on dialogue, consensus, defending their ideas and working for the city. 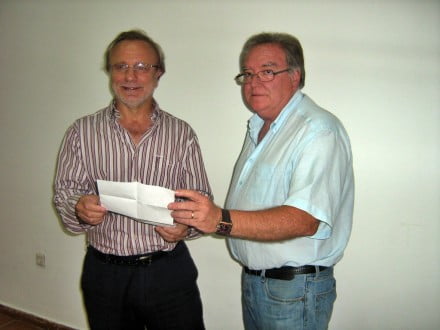