During the night of Tuesday, after 22:00, a loud roar on Marquesado Avenue has caused neighbors to look out on their balconies again to see where the noise was coming from. 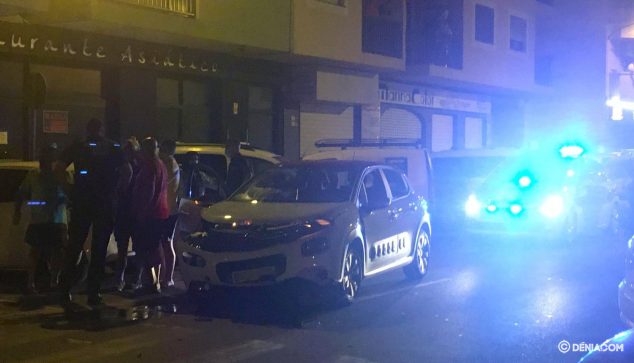 It was a hard collision between two vehicles at the intersection of the avenue with carrer de Sertori. Apparently, one of them who came from Sertori to join Marquesado towards Plaza París has skipped the right of way and invaded the opposite lane, where the other affected vehicle was circulating. Both have finished with the bumpers destroyed by the strong crash. The driver of this second vehicle has suffered minor injuries caused by the accident. 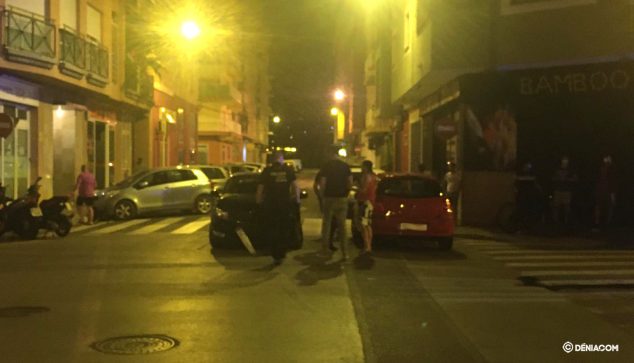 But what could have been left in an accident more by recklessness, has turned into a confrontation of a whole neighborhood against the occupants of the vehicle that has caused the crash. The latter, realizing that the police had been called and that he was clearly to blame for what had happened, has entered the car to reverse and place it on its street of origin. Seeing his intentions, dozens of neighbors who were in windows and balconies have started yelling at him to stop. Far from stopping in his endeavor, one of the occupants has stood in the middle of the road and has begun to confront and threaten dozens of witnesses. "Whoever wants to come down and stick with me"shouted the latter with arrogance. 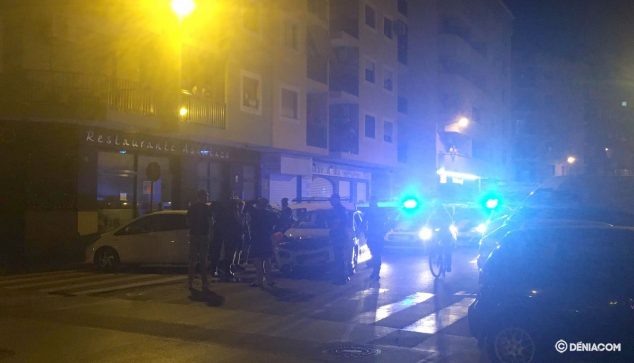 Two police vehicles came to the scene in a few minutes, before the tension escalated. When they took a statement from the driver of the vehicle that caused everything, the neighborhood made it clear to the officers in chorus that they had changed the location of the tourism before they arrived.

A major nightclub closes its doors due to the coronavirus
August 03st, 2020
2 Comments