In just over a month, the streets of Dénia will coexist with ninots, satire and criticism. In just over a month, we are in failures. This Wednesday afternoon, the president of the Local Board Fallera, José Vicente Benavente, has presented the Fallas de Dénia 2018 program.

The president explained that presents "a program that maintains its essence but in which we wanted to modify some of the acts in order to bring together as many falleros as possible and balance this year's programming". 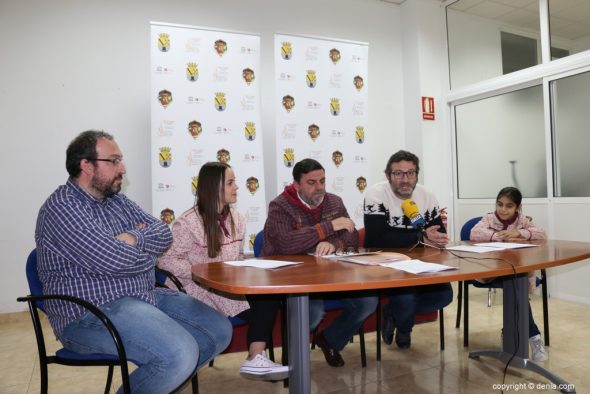 The changes will begin to be noticeable this same weekend, with the celebration of the visit of decorated houses, to which the falleros sides join. Thus, the commissions will tour on Friday and Saturday afternoon the falles casales to discover their decorative proposals and enjoy at the same time the sides that each fault has prepared.

Next weekend, 24 and 25 February, the Gala Dinner will be celebrated, with the delivery of rewards and recognition to the Exemplary Fallero, Jaume Bertomeu; and the Children's Gala Snack.

Already entered in the month of March comes one of the most significant changes. He Saturday 3 will be the day of the Crida, the proclamation and the Sopar of Germanor. In this way, the falleros will concentrate on the Red Cross at the 18: 30 hours to parade to the City Hall, where from the 19: 30 hours, the major falleras and the town crier, Manolo Catalán, will take the floor. Then, all will move to the Torrecremanda tent to enjoy the Sopar of Germanor.

Pleadings in the morning and in the afternoon

The big days of faults will be marked by the change in pelitesías. This year, and with the aim of "Make it a smoother and more balanced act for falleros", the Local Board Fallera has chosen to perform the homilies during the morning and afternoon of the days And March 17 18. This change, according to the president of the Board, "also allow them to combine pleitesies with the parades through their neighborhoods and the activities of each commission".

On 18 day, Sunday, the music will gain new importance, with a renewed entrance of bands. This year, the bands that accompany each commission will parade from the port, through the Calle Marques de Campo, in company of the charges and the falleros of each failure. At the end, all the participating bands will interpret, together, the Fallero in the Plaza de la Constitution.

Advancement in the cremà

Finally, the most significant change for the St. Joseph's Day it is the schedule of the cremà of the faults. At the 20: 00 hours will burn the failure of the Local Board Fallera, advancing the schedule of the other faults after having coordinated with the troops of the Regional Fire Park. It is planned that the winning failure of the 1º prize of special section will burn to the 1: 30 hours. 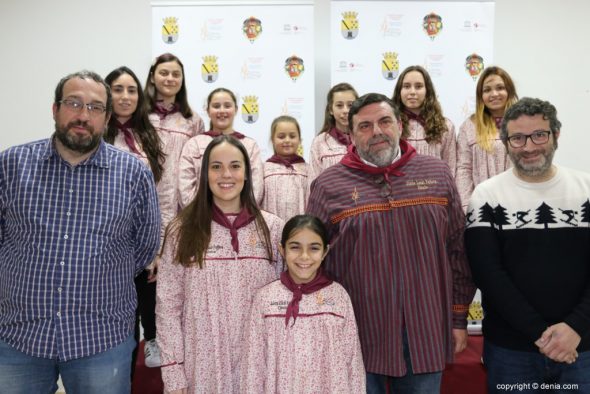 Benavente has been accompanied by the councilor for parties, Óscar Mengual; the major falleras of Dénia, Melani Ivars and Carla Vinaroz; his courts of honor; and the preacher, Manolo Catalán.

YOU CAN CONSULT THE COMPLETE PROGRAM OF DÉNIA 2018 FAULTS HERE.