The test, to be held on Saturday June 1 has as main novelty its change of location as tour the sports and tourist port Marina de Denia.

Juan Carlos Signes commented that "We are pleased to celebrate this sporting event since last year could not be done and thanks to the efforts of Jaime, we will be back to enjoy the triathlon in Dénia". "We expect the participation of more than 300 athletes and pace are the inscriptions sure that we can get", Said Jaime Donderis.

The "IX Triatló Ciutat de Dénia" will begin at 16 1 hours of Saturday June. President of Club Deportivo Multiesport Marina Alta, also said "We believe that conducting the test in this environment is visually more attractive to the general public and also to the participants".

The test will start with swimming, walking 750 meters in Marineta Beach Casiana, in a circuit as defined by buoys triangle. Once completed, athletes should take the bikes to find the road to Las Marinas and the kilometer 3 where they have to make a turn of 180º and return to the roundabout of the Red Cross. This tour should give three laps and then head back to the Marineta Casiana.

There the running segment will begin along the beach promenade in the direction the broken about 300 meters, where they will turn around and return until entering Marina de Dénia, where the Triathlon goal will be located, specifically between the restaurants Turtle Island and Republic.

The triathlon is open to everyone and to participate you must register on the website of the Triathlon Federation of the Valencian Community (www.triatlocv.org). The registration period ends on Wednesday May 29. Categories, both male and female, ranging from cadet to veteran C. The organization will give trophies to the top three in each category and the top three teams. 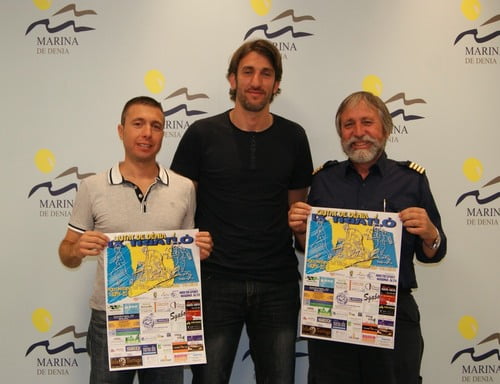