This morning the mayor of Dénia, Vicent Grimalt, Director of Marina de Denia, Gabriel Martínez, the Governor of District 2203 of Rotary International, Arturo Alagón and the president of the Rotary Club of Dénia, Paqui Caparrós have inaugurated the sculpture, located at the entrance of the Marina and Tourist Port of Dénia. 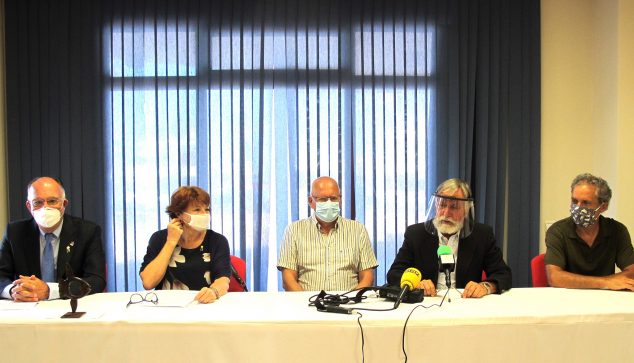 "I would like to express the joy and gratitude for having this sculpture at home and within the reach of the eyes of our citizens and all who visit us"This is how Gabriel Martínez started the press conference. This piece, made by the sculptor Toni Marí, is a sunfish that measures 3 by 2,5 meters and that aims to raise awareness of the need to care for the environment. "I want to thank everyone who has made this project possible, which I believe has been placed in the perfect place", said Toni Marí. 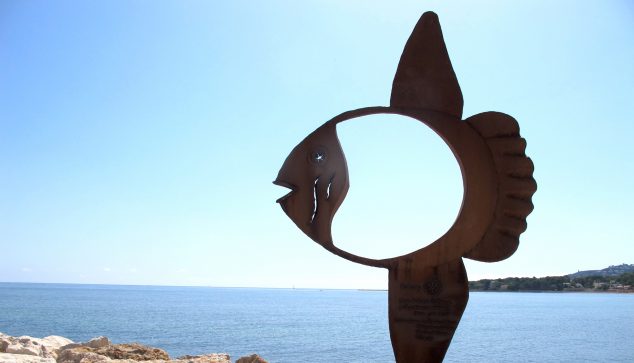 For his part, Paqui Caparrós thanked Marina de Dénia for giving up the space to locate the initiative of the Rotary Club of Dénia, "That began with the idea of ​​transmitting, educating and raising awareness about the environment". This year, the Rotary Club of Dénia has included among its projects awareness of the deterioration of the environment that is occurring worldwide and, especially, that of the seas due to pollution, mainly by plastics. This fish-shaped sculpture by the sea serves to remind us that they are there and we must respect and protect the place where they live and enjoy. 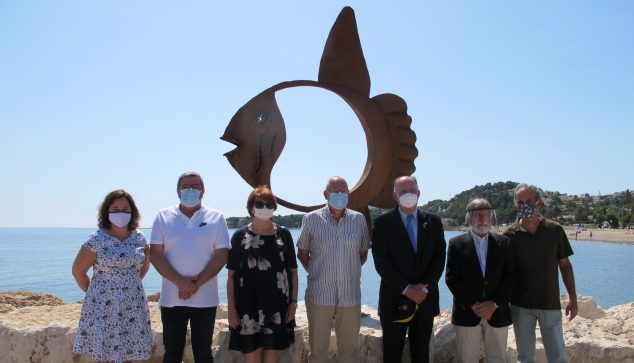 Inauguration of the Moonfish by Toni Marí

The mayor of Dénia thanked the Rotary Club for the work they do and also Urbaser Dénia for the service they perform. "I personally like the sculpture and it has been placed in a place that unites two very important ecosystems for Dénia, the beach and the sea and near the sculpture by Joan Castejón. From here I would like to appeal to people to realize that it is essential to respect the environment since it could be even worse than the virus we have now ”, Vicent Grimalt has concluded. 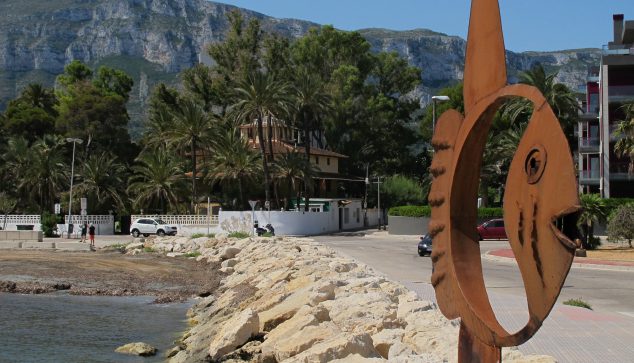