Why is there a street in Dénia dedicated to the Roman general Sertorio? Dive into «Calle a calle»

We continue the series on the characters that give name to the streets of Dénia. Sertorio street joins Joan Fuster avenue with Patricio Ferrándiz, crossing, among others, Marquesado avenue and Paseo del Saladar. For those of a certain age, it will never cease to be "Calle de Baratijas Rosita". But the truth is that it is named after a Roman general: what was his relationship with Dénia? 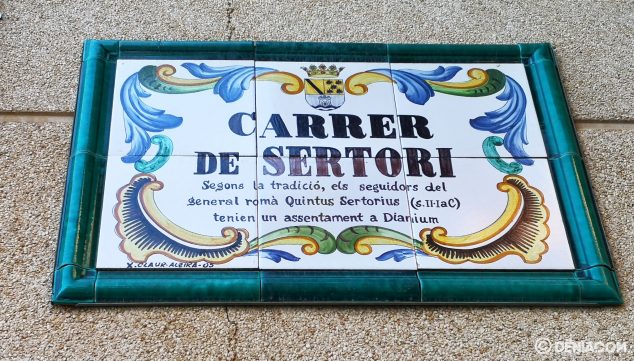 Who was Sertorio and what did he do

We are in the XNUMXst century BC, when Rome was experiencing a civil war conflict between two sides: the aristocrats, led by Sulla, and the Democrats, led by Mario. The young Fifth Sertorius supported the cause of the Democrats, and after several defeats, he fled Rome, taking with him a large number of exiles. First he went to Africa, but soon he came to Hispania (the name in Latin that was given to the territories taken by Rome in the Iberian Peninsula), thus transferring the conflict to here.

Sertorio defied the power of Rome from Hispania, and the port of Dénia allowed him to control the coast and ensure the supply of his armies. As archaeologist Josep Antoni Gisbert explains in his book "History of the Marina Alta", between 82 BC and 72 BC, there are many written references on the role of the port of Dianium as den of General Quinto Sertorio's fleet. In fact, the port of Dénia has a design in keeping with what was a "refuge-port in ancient times", as the author explains. The Sertorio naval station was in Dénia, in opposition to the Cartagena base (Carthago Nova), which was favorable to Rome. Dénia, visible from afar by sailors, was a privileged place to install hemeroscópeas (watchtowers) to see long distances. And from the Montgó you could see the entire Gulf of Valencia and even the Balearic Islands. 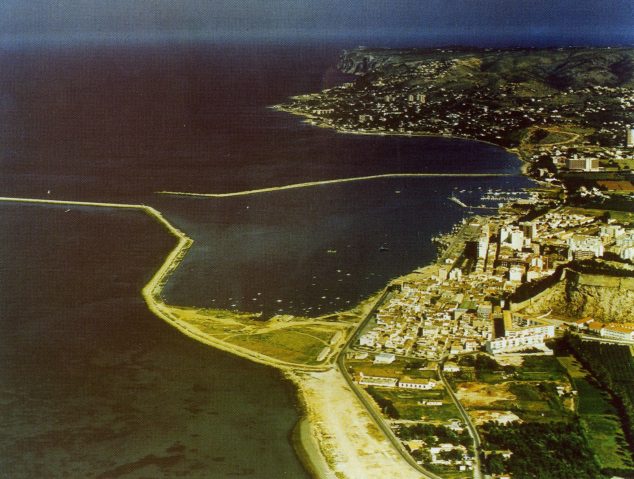 Aerial view of the port of Dénia several decades ago (Photo: 'History of the Marina Alta. Volume I', by Josep Antoni Gisbert). Provided by l'Arxiu Municipal

The military activity of Sertorio in Hispania lasted more or less a decade, in which his troops came to dominate the entire Peninsula. His main opponent was Put it (Quintus Cecilius Metellus), always surprised by the "guerrilla warfare" practiced by Sertorio: continuous fighting, without rest, full of ambushes and surprises.

The period of Sertorio in Hispania was a great advance in Romanization, that is, in the assimilation of the Roman way of life and customs. 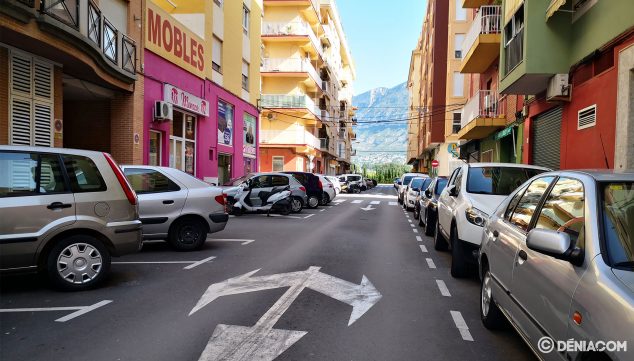 View of the Sertorio de Dénia street, with the Montgó in the background

The history of the white fawn

Sertorio even approached the level of mythological hero. As Roc Chabás explains in "Historia de Dénia", Sertorio used different persuasion techniques to win the sympathy of the Hispanic people:

"Exempt Fifth Sertory of the base passions that dishonored the other leaders of the town, he did not allow himself to be dragged or softened by delight, fear, or revenge; generous in rewards, prudent in punishments, endowed with heroic courage ( ...) He knew how to win the affection of the Spanish at the same time; if they fought, he provided them with beautiful currencies and a lot of money; he had even adopted the dress, language and religion of the Spanish. It was the custom of Spanish generals to have addicted squires, who died when they died; Sertorio had them by the thousands, who in the midst of dangers thought only to save him. To obtain prompt obedience and supernatural credit, he persuaded the Spanish that he had received from the goddess Diana the gift of a white fawn by which he made himself reveal the things that good spies informed him of, and suggest what in his prudence seemed appropriate. "

This fawn was actually the gift of a Lusitanian hunter (Lusitania was the Roman province in Hispania that corresponds to part of present-day Portugal and Extremadura). Sertorio tames it and uses it to gain the sympathy and respect of the people: the mass of supporters believe that it is a gift from divinity and that Sertorio receives instructions from it. This clarification is made by Emilio Oliver in his "Historia de Dénia".

The chronicles tell that the day the animal disappeared, its war defeats began and its luck radically changed. 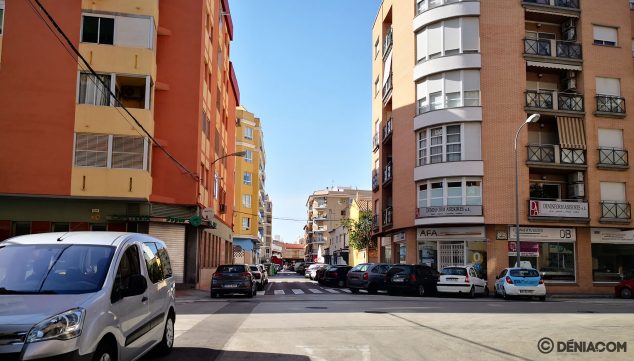 Sertorio's dream was to be the absolute owner of the Peninsula, but he begins to encounter betrayals of all kinds. Metello, the supporter of Sulla, puts a price on his head and there are many desertions of Romans who were active in the ranks of Sertorio. This affects the character of the general who, in the words of the historian Chabás, begins his decline:

"Suspicious of the loyalty of the Romans, his very suspicion causes him to treat them with harshness and severity. He entrusts, therefore, the keeping of his person exclusively to Spaniards; but this preference excites resentment and envy in them, which favors the desertion. Metellus' edict makes him see in each of those around him a conspirator, and his reason suffers cruel delusions, and the black humor that dominates him makes him harsh, harsh, capricious and cruel. He quickly loses his conquests ( ...) "

First he leaves Celtiberia and the Basque Country, then he goes to the coast of Tarragona and finally comes to take refuge in Dénia.

This is the moment that takes advantage Perpenna, Sertorio's lieutenant who had to settle for being his second, to conspire against his general: he invited him to a feast to celebrate a false victory and, as Roc Chabás recounts, "The immoderate joy and decomposition of the assistants offend the pundonoroso captain who, disgusted, with his head in his hands, reclines on the table. Perpenna then drops a glass of wine and, warned with this signal, the conspirators assassinate him in his very seat with its sharp daggers (73 before Jesus Christ). Unfortunate end of that which for eight years had shaken the Roman power, and made doubt whether Spain would be Roman or Rome would be Spanish. " Between Metellus and Pompey they got him killed, which they did not do on the battlefield. This was in 73 BC 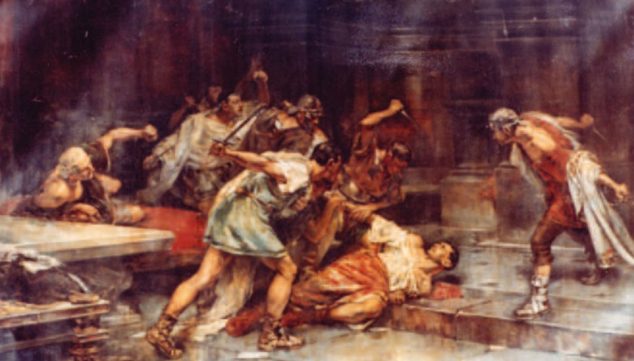 Chabás talks about where did sertorio die: "Whatever the place of death of Quinto Sertorio is, it is still a problem. That Dénia is the place where this general was assassinated I will not dare to affirm it in an absolute way; but I am convinced that this event happened in this city, or at least not far from it. " The historian collects the statement of Veleyo Patérculo, who assures that it was in Etosca, the current Vila-Joiosa. But most historians cite Huesca as the place of Sertorio's death.

The war ended easily: with Sertorio dead, Perpenna took command, falling quickly to Pompey. "The Spanish guard of Sertorio, according to his oath, was killed; and in the blink of an eye, all of Spain was subdued."

Emilio Oliver, citing Gabriela Martín, assures that in the Morand orchard there must have been the center of the city, with the forum and the main streets. The rest of the city would be in the old part of the current population.

The Roman civil wars have left traces on our coast, also in the network of forts built by Sertorio around 77 BC: in addition to the deposit of the Penya de l'Àguila in Denia, there are those of the Tossal de la Cala in Benidorm, the Cap Negret in Altea, the Penyal d'Ifac in Calp, the Punta de la Torre in Moraira-Teulada and the Passet de Segària in Benimeli. Their mission was to monitor the traffic of the Roman ships between Ibiza (Ebusus), Dianium and Carthago Nova.

If you like to know more about why the streets of Dénia dedicate their names to certain characters, here are all the articles published so far: