The Popular Party of Dénia has issued a press release on el “New pioneer plan in the area of ​​Urban Planning” just approved by the government team to “Solve the latent problems that exist in the Department of Urban Planning”. 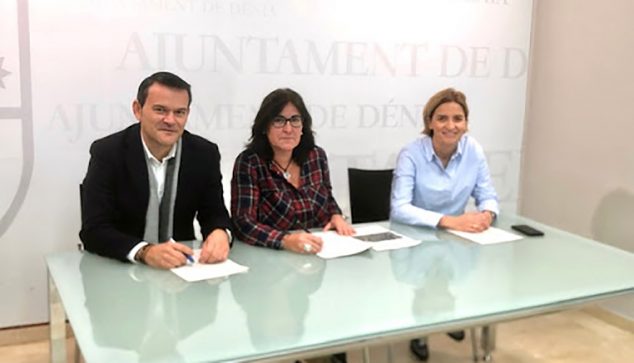 "From the Popular Party of Dénia we have been denouncing the situation of paralysis suffered by the Department of Urban Planning, whose bad management we hold María Josep Ripoll", notes the training in its statement. "As we said in the plenary session, everything that has happened in that department since Mrs. Ripoll assumed this (in) competition is amazing and spooky[so], which takes more than a year to give a first answer to the documents presented ".

The municipal group attacks the councilwoman harshly, ensuring that after 5 years she has plenty of experience to remedy the situation, "Or at least try to change their attitude and with a considerable lack of empathy towards the self-employed and businessmen whose activity depends directly on the functioning of Urban Planning in Dénia".

"We are not talking about great promotions, or balls, we are talking about the bread and lentils of masons, plumbers, electricians, painters ..."

Popular people consider a bad joke to announce this "Pioneer Plan in Urban Planning", noting that it has been the management of Ripoll that has led the department to a situation "ominous" and lock "never seen before in this city" and with an impact "terribly negative in the local economy". "It is an insult, insofar as it will cost us citizens an additional 250.000 euros for a job that should be done by now, because we have paid for it and well: even with a salary increase for her and all her colleagues in the Government Team of PSOE", underlines the formation.

From the PP point to Ripoll as maximum responsible. "He is not aware of the bad work of his council, which we do not understand, especially when he should have realized that many of the officials of the Department of Urban Planning are requesting transfer to other destinations. There are plenty of reasons".

The popular Dénia point out that the solution does not happen to increase the staff, but is that the councilor "He goes to his house and is replaced by a person who is able to make the team of people who make up Urbanismo work again, and who really lead a united and seamless team".