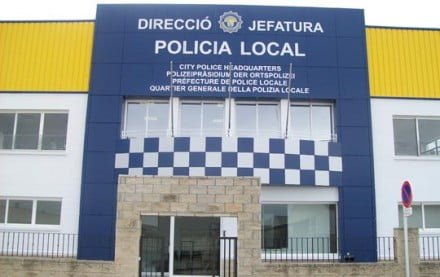 The local police in Denia has behind him over 125 years of history. Since its inception in 1873, the local body has grown to reach 95 agents that comprise today.

From its beginning, its role has always been linked to traffic control, being in the retina of the inhabitants of the city ima'genes indelible directing traffic in such mythical places like Els Quatre Cantons agents.

After the creation of the Spanish Constitution in 1978, the importance of municipal police forces were boosted by regulating the functions of the agents, their uniforms, denominations and legal statutes.

Currently the organization of the local police in Denia is chaired by the mayor of the city, Ana KringeAnd the councilor of government, which is 2012 Javier Ygarza. Behind them is the Police Headquarters and the Deputy Department. Services of the local police are divided into two parts: the Service of Public Safety and the Rural Service, Environment and Districts.

The agents of the local police in Denia have a large fleet of vehicles helps them exercise their function in the city. Feature cars, motorcycles, bicycles, SUVs, trucks, quads and dinghies to help them in their maritime duties.

Currently the body of mad Police is governed by the Strategic Plan for Development of Local Police 2011-2013, born as a continuation of 2008-2010 Strategic Plan. Innovation is a fundamental part of this plan, encouraging self-learning among agents, recycling and improvement.

Dénia Local Police has its headquarters from 2010 in a new building located in Polygon Industrial, plus a low administrative offices of the City. It is expected in coming years to move to a new building next to the courts of Torrecremada, who will share with the police.