What is the dog beach in Dénia?

The coast of Dénia is one of the biggest attractions of the city. However, it is not always accessible to everyone. Pets, in fact, are not usually welcome on the seashore. There is only one beach that admits dogs in the city, located on the north breakwater of the port. However, depending on the date, you can also enjoy the rest of the coast with your four-legged companions. 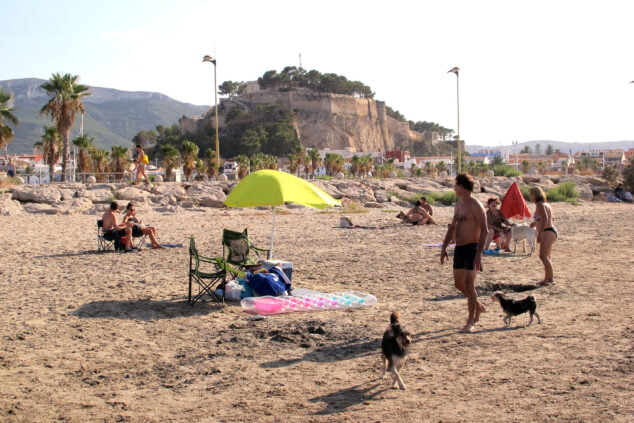 Families with their dogs in Dénia

The historic claim of families with pets

In Dénia there has always been a sector of the population, increasingly larger, that has claimed spaces to enjoy the coast in summer with their pets. In fact, for a few years there has been a beach that allows dogs for twelve months, but it is a very limited corner and lacks the services or care of the rest of the beaches. 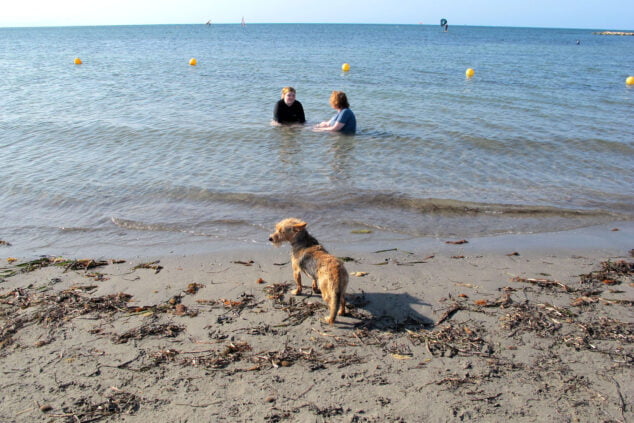 Dog on the shore of Dénia beach

However, during much of the year you can access almost the entire Dianense coastline with a dog. Always outside the high summer season, so sun and beach tourism does not benefit from this measure that could serve as a claim for families with pets.

As we said, there is a small corner of the beach where the presence of dogs is allowed. In this one, which is known as dog beach without more, people and dogs coexist to enjoy the sand and a good bath away from the prohibitions. 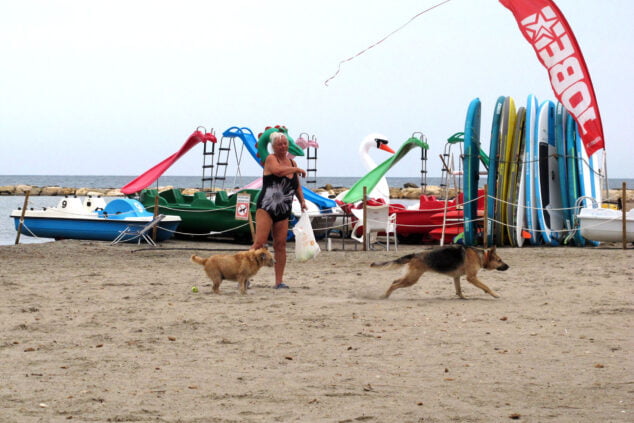 Woman playing with her dogs on the beach of Dénia

It is a sandy beach formed between several breakwaters, so the presence of vegetation such as posidonia is common. Its extension does not exceed 100 meters, so users have little space to enjoy with their families. 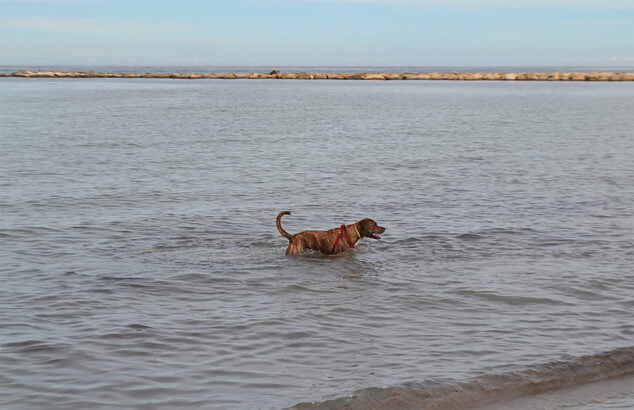 Dog taking a bath in Dénia

It is located on the north breakwater of the port, between the beach Punta del Raset and the station Baleària. It is a place of easy access from the urban area, since it is a very short distance from it, so it is not necessary to take the car. In fact, it is recommended to walk since there is no parking space. public parking near.

Although it is a highly demanded space, his opinions are usually quite negative. Many users criticize the little section given to the dog beach and its condition, since, being a place between breakwaters, it is very common for a large amount of posidonia to accumulate.

Other beaches that allow dogs

Although the aforementioned is the only beach considered for dogs, The truth is that in most of the beaches of Dénia dogs are allowed outside the high and mid-summer season. 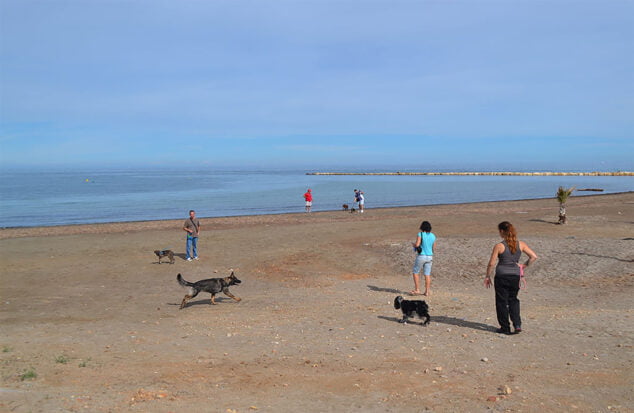 People walking their dogs near the shore

In almost all the natural beaches of Dénia the presence of dogs is allowed from November 1 to March 1. In the case of the urban beaches of the Marineta Cassiana and a stretch of Marines, Pets are allowed until June 1. 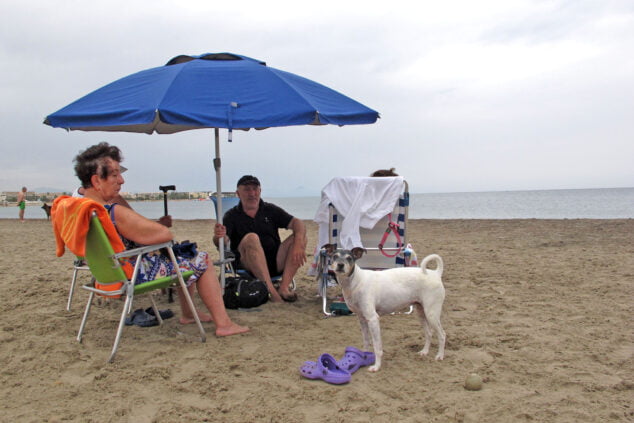 Now, there are some exceptions. Both the end of Les Deveses as in the area of ​​l'Alberca, in the Els Molins beach, the presence of dogs is totally prohibited throughout the year.

In addition, restricted areas that cannot be walked on are marked. These are the regenerating dunes, breeding areas also for the plover plover, a protected native species.

This will be the Valgamediós square in Dénia, whose final works already have a date
November 17th 2022

The City Council presents the roadmap for the Youth of Dénia, La Xara and Jesús Pobre
November 17th 2022

37.861
4.432
12.913
2.440
We use cookies necessary for navigation and traffic analysis. We do not use cookies that provide us with personal data or advertising cookies.
More optionsACCEPT
Manage consents