Dénia beaches: they remove the posidonia taken out by the storm and repair the footbaths

From the City Council of Dénia they report that during the next two weeks, CV Tourism will work in the beaches de Marines of Dénia for the repair of the footbaths, destroyed by the temporary glory, last January.

The consistory apologizes to the bathers for the inconvenience caused by the fact that there is machinery working in the area, and explains that "These actions could not be carried out before due to the restrictions of the state of alarm and for legally regulated environmental protection reasons: between March 1 and June 30, since there can be no machinery on the beaches classified as natural to protect the plover breeding in the dunes (Territorial Action Plan for the green infrastructure of the Valencian Community coastline -PATIVEL) ". 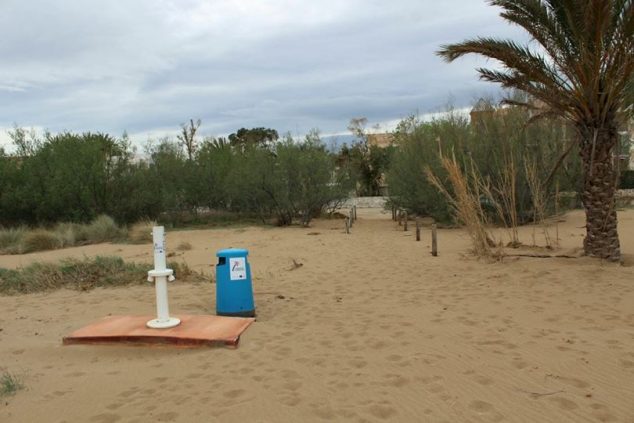 Action to repair the footbaths on the beaches of Dénia

On the other hand, it is reported that after the small sea storm last weekend, the first actions to remove posidonia have already been carried out in the Marineta Beach Cassiana and manual cleaning in the El Trampolí area.

Removal of algae on the beaches of Dénia
Related articles

Dénia will offer free hours in private car parks in exchange for consuming or buying at their premises
August 13st, 2020

Search work begins for a 20-year-old young man from Denia who has disappeared
August 12st, 2020