Research staff from the Fundació Fisabio-Doctor Peset University Hospital in València and the Polytechnic University of Valencia (UPV), belonging to the Center for Research and Innovation in Bioengineering, have developed a new Elisa-type immunological test to study seroprevalence against SARS- CoV-2. 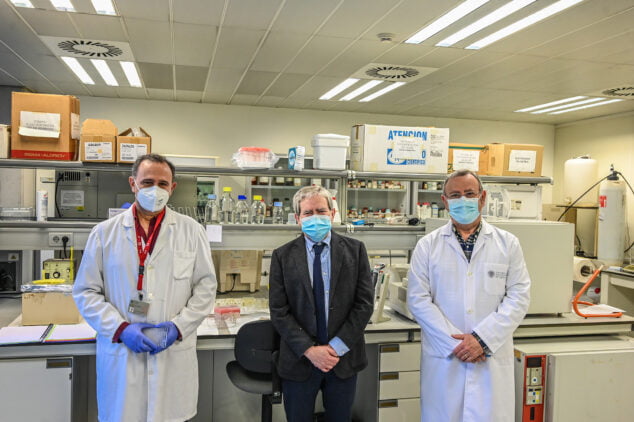 The test, in the prototype phase, allows the detection of IgG and IgM antibodies against the virus from human serum samples. It stands out for its low cost compared to other similar ones already on the market, as well as for its high sensitivity and reliability - these characteristics are typical of the Elisa tests.

The validation of the test, baptized as DifElisars, will be carried out between personnel from the Doctor Peset University Hospital of Valencia and the Polytechnic University of Valencia; specifically, a total of 200 samples will be analyzed. The Valencian team of researchers will also study differences in the immune response generated - antibody levels - between men and women from the serum samples analyzed.

In their study, the UPV-Hospital Universitario Doctor Peset team has initially worked on the collection, preparation and characterization of approximately 50 patient serum samples to be used as positive and negative controls for Covid 19. Subsequently, the sampling will be expanded of samples until completing the 200 to carry out the seroprevalence studies.

The test offers a colorimetric signal, proportional to the concentration of these antibodies, and allows the sample to be characterized by comparison with positive and negative controls.

"The availability of a test of these characteristics acquires at this moment and from now on a capital importance, since it would allow the simple follow-up, with high reliability and low cost, of the individual response of each subject in the mass vaccination campaign currently in course ", according to Guillermo Sáez Tormo, clinical chief of the Clinical Analysis Service of the Doctor Peset University Hospital, and Ángel Montoya, director of the Immunotechnology Line of the Ci2B of the Polytechnic University of Valencia.

On behalf of Fisabio-Doctor Peset University Hospital, in addition to Sáez Tormo, Nuria Estañ, head of this service, and Juan Alberola, from the Microbiology Service of this Valencian public hospital, participates in the project. From the UPV, together with the main researcher, Ángel Montoya, Juan José Manclús also intervenes, who also have the collaboration of the Integrated Service for Prevention and Occupational Health of the UPV itself.

The project is part of the Polisabio 2020 health research program, promoted by the UPV and the Fisabio Foundation.