Poaching persists on the Dénia coast

At 13:00 p.m. yesterday, Sunday, the Dénia Local Police Maritime Surveillance Service patrol intercepted a young man swimming outside the marked bathing area on Les Bassetes beach. When approaching him in order to inform him of the obligation to carry a signaling buoy in case he went out of the bathing area and forced him, in this case, to return to the safe area, they observed a bag in one of his hands. . 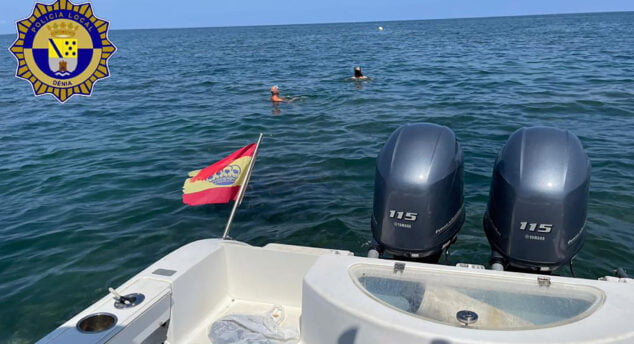 The Local Police of Dénia intercepts the poachers

Initially he claimed not to have anything with him, but when he swam one of the agents he discovered that it was a bag with four small octopuses inside. After being asked if he had a fishing license, he admitted that he did not have one. 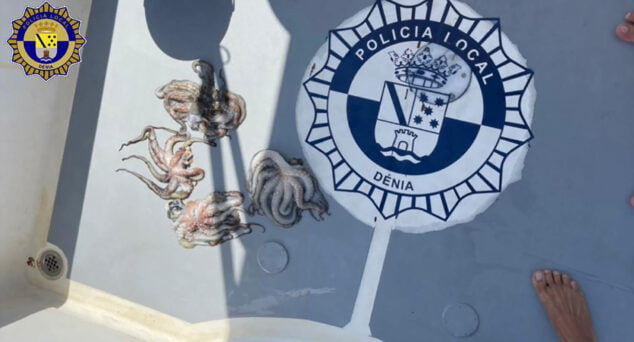 gender seized by the police

At that precise moment, he was informed that his complaint was going to be filed with the Ministry of Ecological Transition for fishing without the required license, having also captured four octopuses weighing less than 1kg, which is the minimum established by the normative. The item has been requisitioned and will be delivered to the Santa Llúcia residence.

The images left by the storm in Dénia: destruction and flooding in just a few hours
November 11th 2022

Murder attempt in Dénia: a man is repeatedly stabbed after arguing in a bar
November 11th 2022

Turisme will allocate almost 40 million euros to Alicante and 270.000 euros to the towns affected by the fire
November 10th 2022
Leave a comment