The Dianense player, Jose Luis García Vayá, known as'Pepelu'', has been summoned by the national coach, Luis de la Fuente, to be part of the team that will have to play two qualifying matches for the final phase of Eurocup 2021 in the near future. 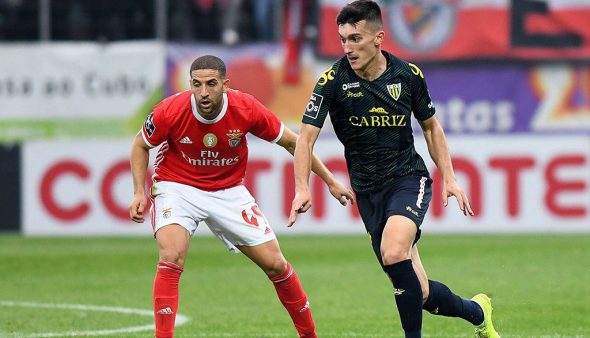 Pepelu in a Portuguese league match

The first of the matches will be played against Macedonia, this Thursday 14, in the municipal field of Santo Domingo in Alcorcón at 19: 45 hours. After playing this first game, the Spanish team will undertake a long trip to Israeli lands, to meet the Israel National Team on Tuesday 19, in the city of Ramat Gand, at 18: 30 hours.

Pepelu, who returned to the national team in the previous call after having been away for a long period, is awarded his extraordinary campaign that is being done with his team CD Tondela.

The Dianense midfielder with his work has convinced the coach, who has called him again this time not to play two friendly matches but two officials.

The big news in the call is the incorporation of the young promise of FC Barcelona Ansu Fati. In this event all the players mentioned by De la Fuente play in national teams with the exception of Pepelu, who does it on the CD Tondela de Portugal, and Eric García, who does it in Manchester City.