Young Dianense, Pepelu Garcia, his 17 years fulfilled his dream to debut in the first team Levante in a clash of official competition. 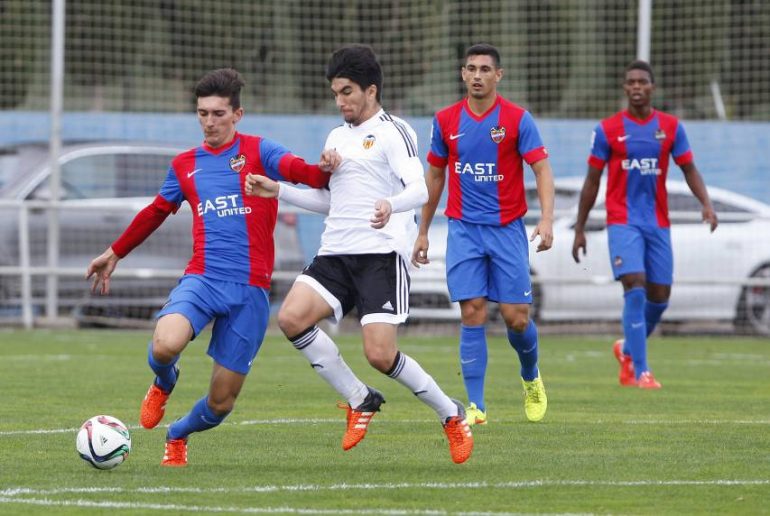 Pepelu jumped into the field "Cornellá-El Prat"to play several minutes of the second leg of the Copa del Rey qualifying round that his team played against RCD Espanyol in Barcelona. Thus, the Dianense, became the second youngest player to debut with the first Granota team in official competition. The first was Vicente Rodríguez "Vicentín"Who debuted at the 16 years in a Second Division league game.

The young Dianense was the reward for daily work and above all a joy was after the small disappointment she had two weeks ago when he entered the call to play the first leg, but where ran out to play. The Levantine technical, Ruby, gave him to fulfill his dream.

The past and present hand symbolically occurred since Pepelu entered substitution veteran Juanfran. This Dianense midfielder is one of the pearls that counts the club "granota"And despite his youth he already has the experience of playing every Sunday in Second Division B, forming part of the Levantista branch.

Last summer, the player with Levante UD renewed until 2021 and the entity chaired by Kiko Catalán has him well tied as it has a buyout clause of 30 million euros.

Pepelu, who is also one of the fixtures of the Spanish National Team Sub 19, is followed by the great clubs of Spanish football, although everything indicates that, for now, his future is Levantista.