Paris Pedrera dressed up in the appointment of 2019 positions

Neighborhood Paris Pedrera hosted last Saturday, 1 in September, the appointment of their positions for the 2018 / 2019 exercise. 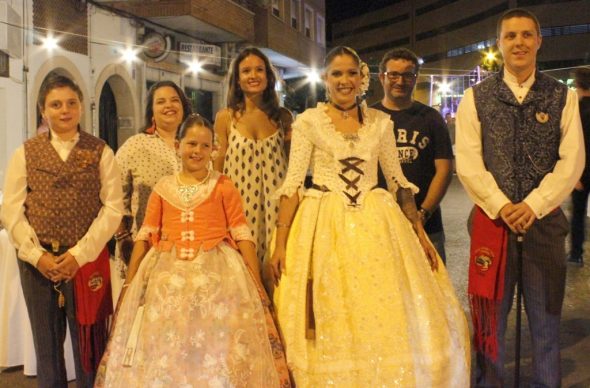 The highest representatives of the commission, Fran Naranjo, Elena Puig, Pepe Gonzalez-Albo and Marina Grimalt, arrived on horseback at Sagunto street, where dozens of friends and family awaited them on a very special night.

The mother of the major faller and the cousin of the little Marina were in charge of directing a few words to the protagonists of the night, who together with their presidents received the paintings in memory of their year as representatives of Paris Pedrera.

The Fallera Local Board asks the authorities to set an example and allow in 2021 to celebrate Fallas 2.0
03 November 2020

The Floats of Dénia: when are they, parade, history and photographs
August 01st, 2020
Leave a comment