The small Marina Grimalt was proclaimed and exalted as a major child faller of Paris Pedrera this past Sunday, in an act whose main thread was the film Coco, the memories of loved ones and light.

Gorka was in charge of exercising conduits of the presentation, dressed as the protagonist of the film, with guitar included. He was the one who called the components of the children's commission to the stage, after which it was the turn of the child president, Pepe Gonzalez-Albo.

Marina appeared from the top of the stage, sitting on her throne as a senior child faller, under the watchful eye of the falleros, family and friends who wanted to share with her an unforgettable day. 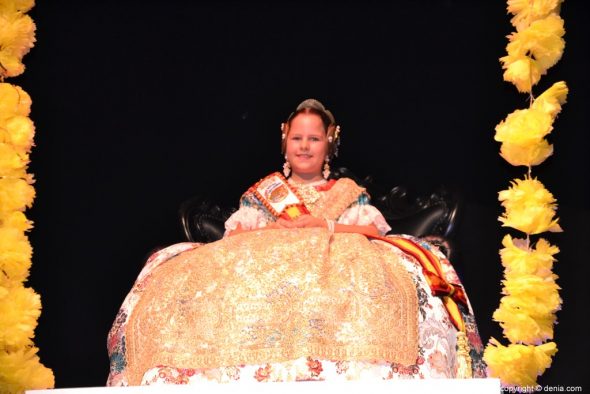 The turn of commendations began with the childish charges of 2018, Thais and Izan, who briefly said goodbye to his reign to give way to his companions. Then they received the affection of the Comissió de Festes de la Mare de Deu; the party councilor; the charges of the fault, Elena and Fran; and the major infantile faller of Dénia, Neus Suárez.

An excited Marina listened with tears in her eyes to the words of her mother, in charge of her exaltation, and from which words of pride sprang to her little girl. 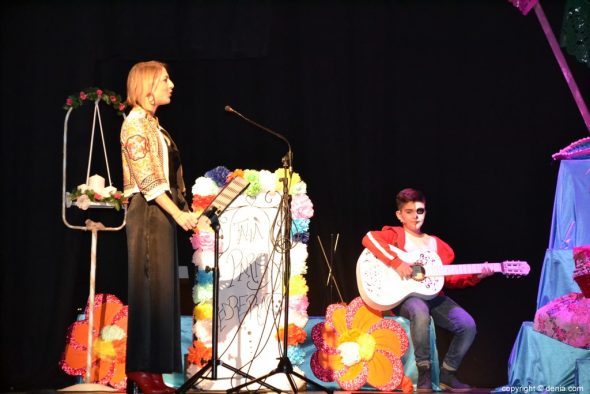 The protagonists of the day, Marina and Pepe, closed the ceremony with two speeches of thanks to the love that the people around them is giving them in their year, a special year that has already reached its equator. 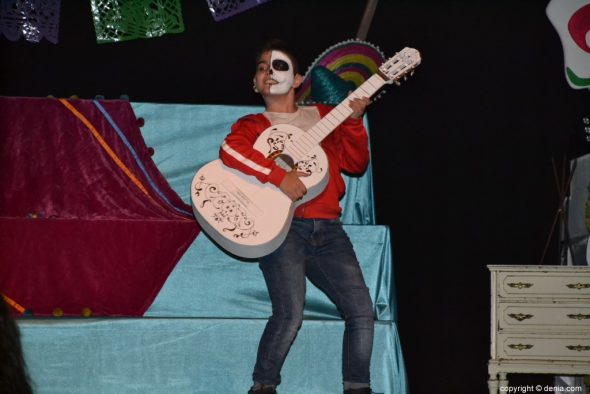 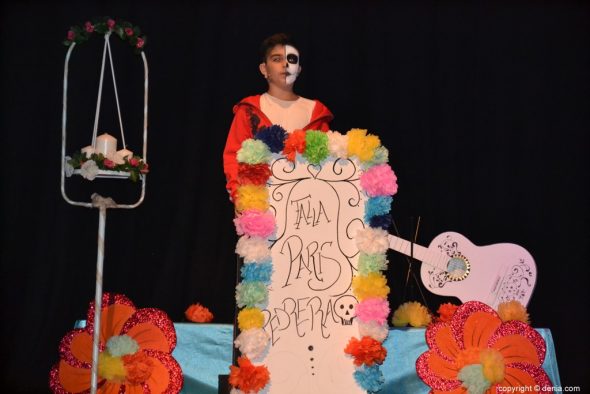 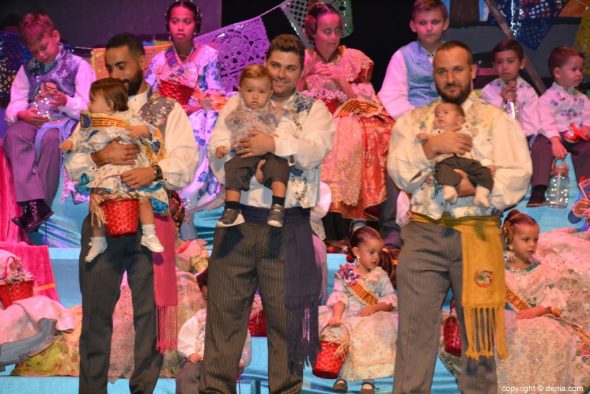 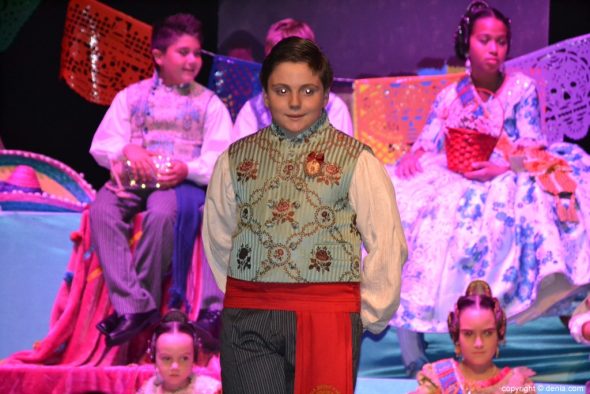 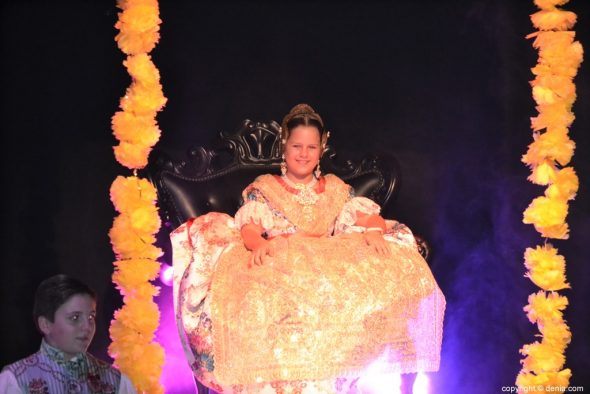 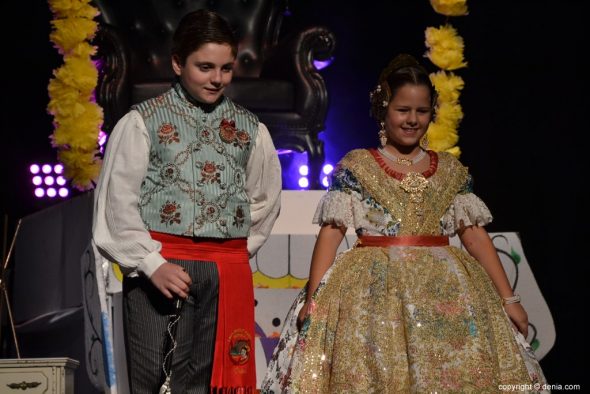 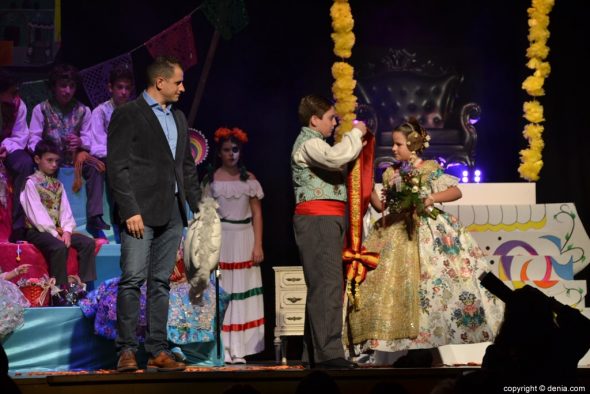 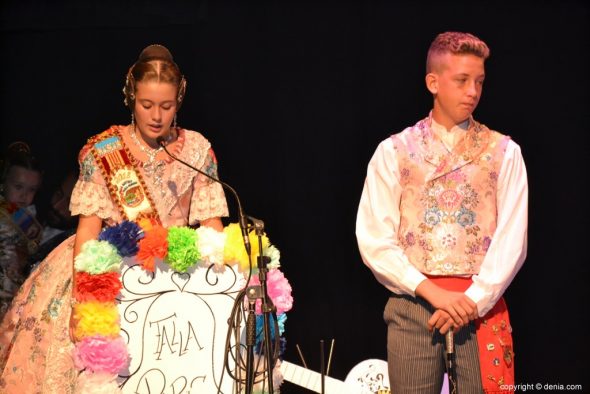 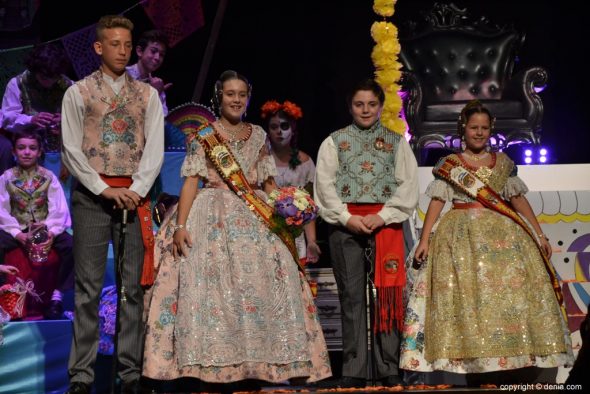 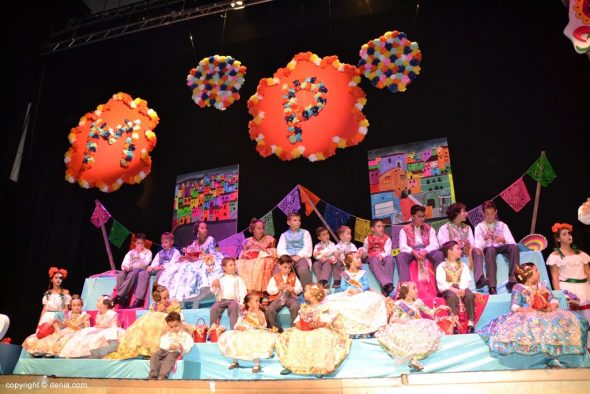 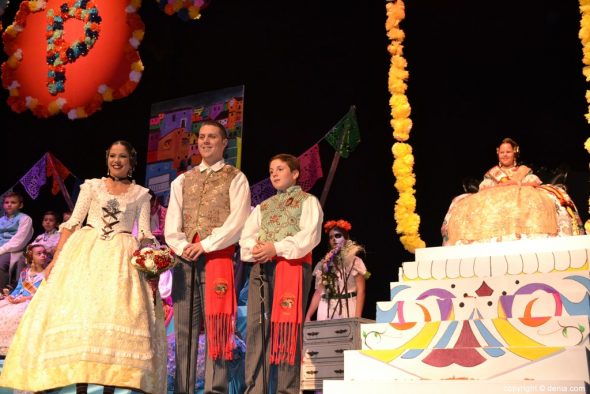 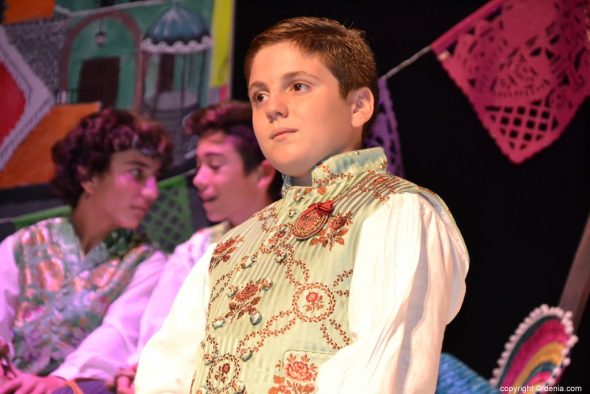 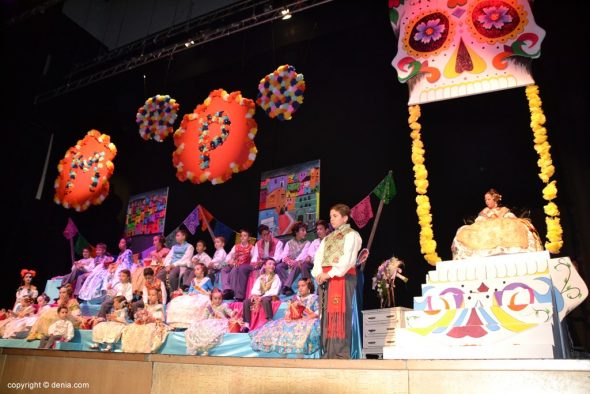 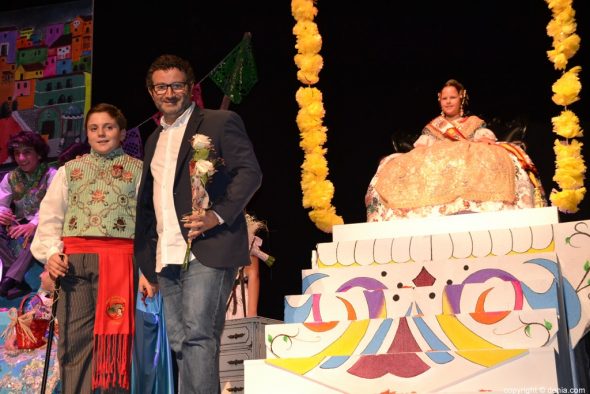 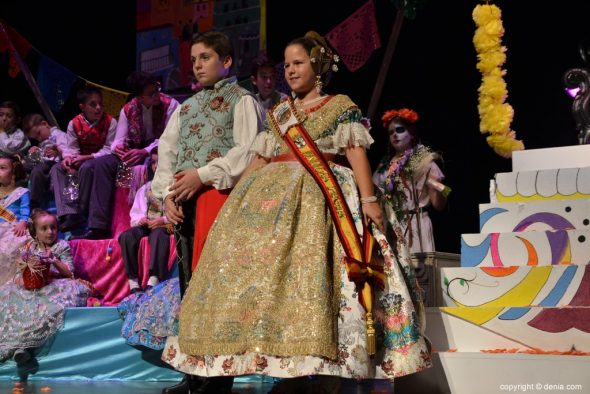 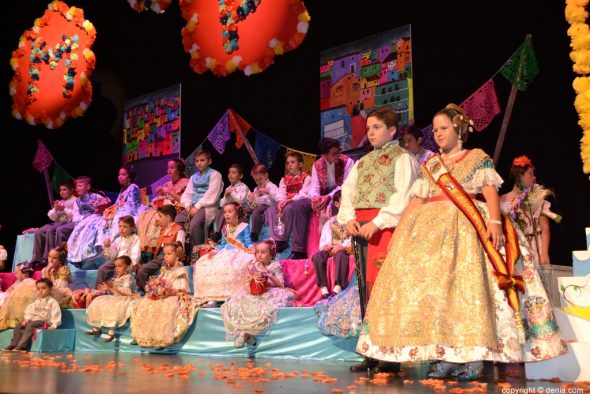 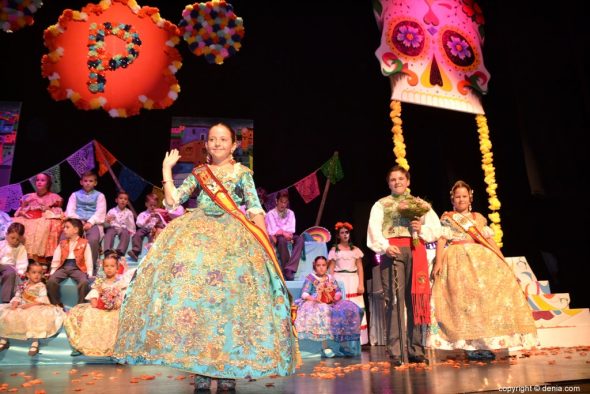 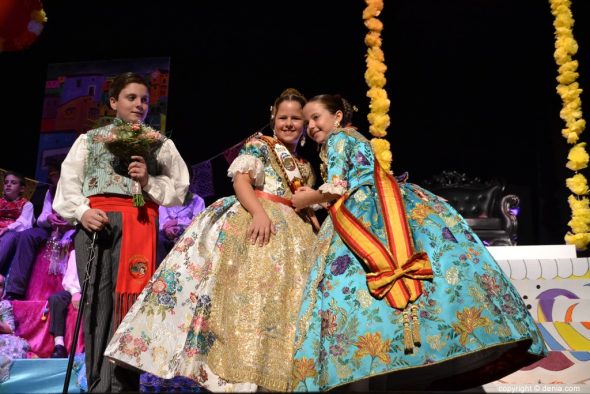 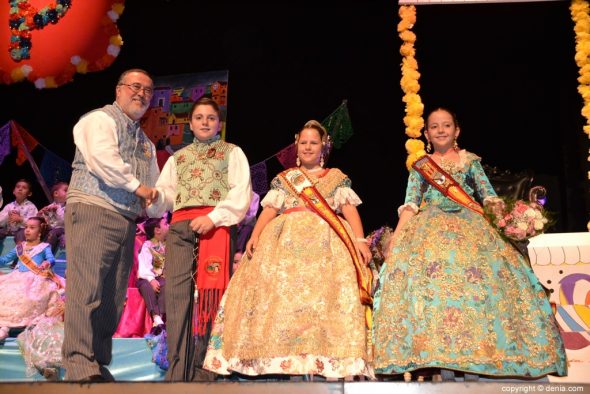 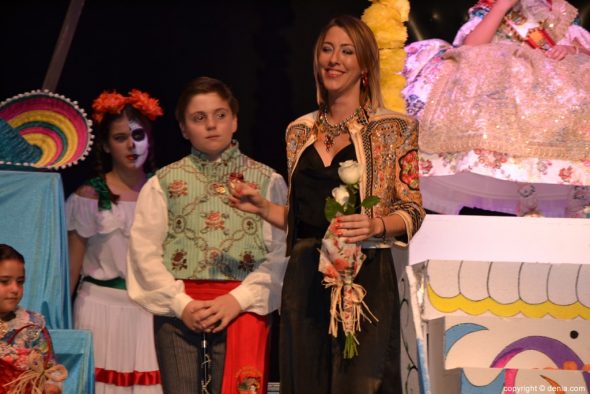 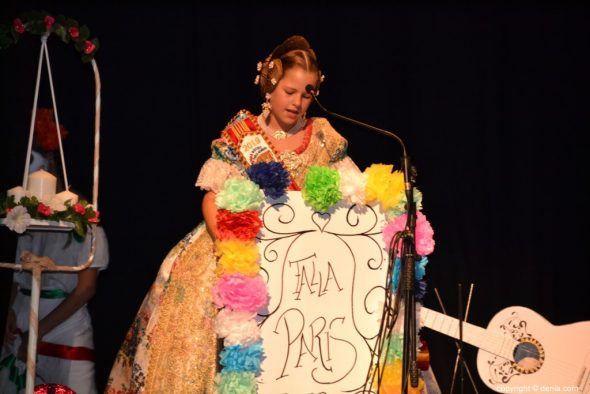 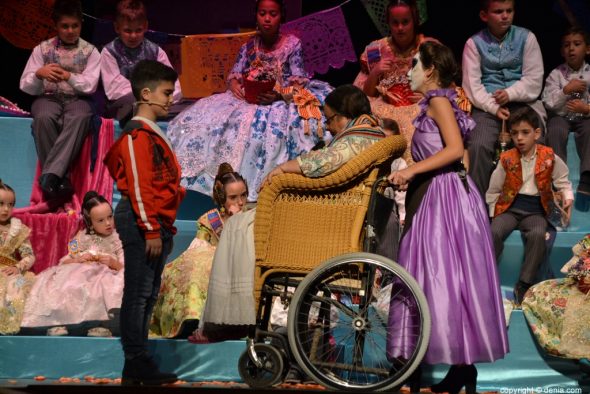