The municipal pavilion of Dénia was the scene of the most simple victory in the present Regional Junior League championship that the Paidos-F. Fernández Luna has achieved. The schoolboys thrashed 9 3 to Horadada FS, team that is currently the bottom of the group.

The guys who run Raúl Gil They came out very focused and from the initial whistle they were the dominators of the game. In the 4 minute, Pablo Ferrando managed to open the can and scored the first for the locals. Despite fitting this goal, the visitors put a lot of pressure on the schoolboys who were not comfortable on the court.

The strategy worked very well for the Paidos that in two plays traced and through Javi made the 3 to 0. In the middle of the school play festival, Pablo and Luis got the ball before going to rest. 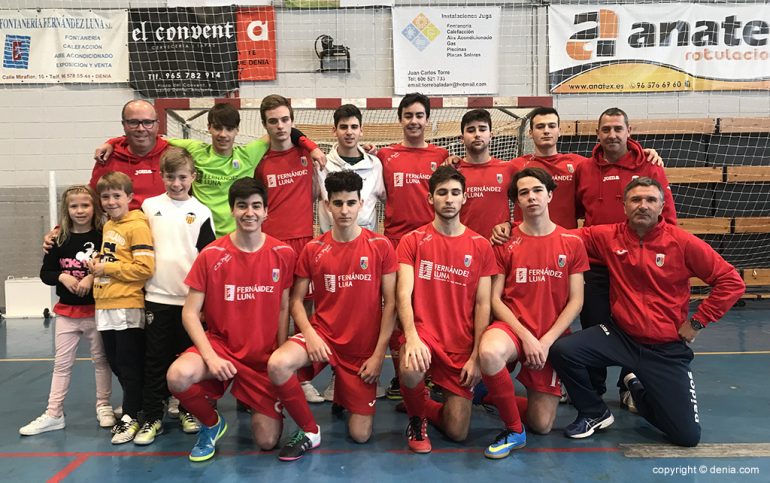 In the second half, Horadada's players felt tired and the locals took advantage of it to keep coming to the rival area very clearly. Diego twice expanded the account. The visitors of penalty and a corner managed to decorate a marker so adverse. They opted to take goalkeeper player but it was not worth much as the locals with 2 more goals closed the final score of 9 to 3.

A victory that allows Raúl Gil's team to continue in second place in the standings with five points from Akrasala Alicante.

The Hercules San Vicente has been the team that has endorsed the first defeat of the season to Paidos Dénia cadet when defeating 4 3.

Things soon became complicated for the students as the 2 minutes made an error when it came to taking the ball, causing the local 1 to 0. The successive attacks of those of Paidos did not find the objective sought. Although they managed to equalize the shock thanks to the maximum penalty Jorge scored. A minute later the dianenses took the lead on the scoreboard by marking the 1 to 2, Jorge after a nice wall with Alex. With the 1 scoreboard to 2, the teams retired to the locker room.

In the resumption the hérculanos left with a greater pressure, which caused complications in the exit of the collegial ball. With problems to maintain possession of the ball, the Paidos boys failed to control the game. The locals in two actions in a row turned the score with 2 goals. Alex in a counter equalized 3 but in the center kick the Hercules went to overtake and complicated the game to visitors.

Paidos players tried in every way, even with goalkeeper player to level the contest but were not lucky enough to score, which was the first defeat of the season.

After losing this clash, Paidos Dénia continues to lead this group with 5 points of difference over the second classified, which is Nueva Elda FS. 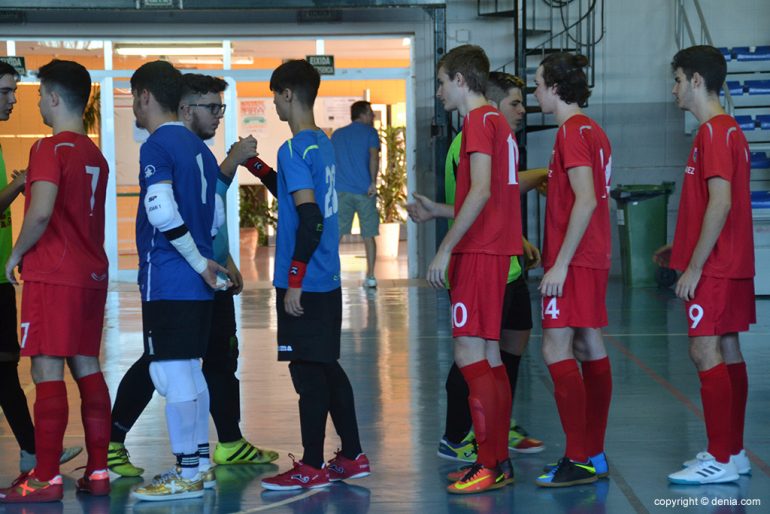