P. Stilos Rafol managed to stop the leader Bodega Aguilar before which he tied one

The 14 day of the regional league ACYDMA left a tie in the most interesting match of it. In Hall of Rafol de Almunia faces, the Barber Stilos Rafol and Aguilar were leading winery. A crash that did not disappoint the large crowd that came to witness it. Equality was present throughout every minute without any of the two teams displayed superior. In the end the match ended with a tie, the third point gives Ondara team since the league began. 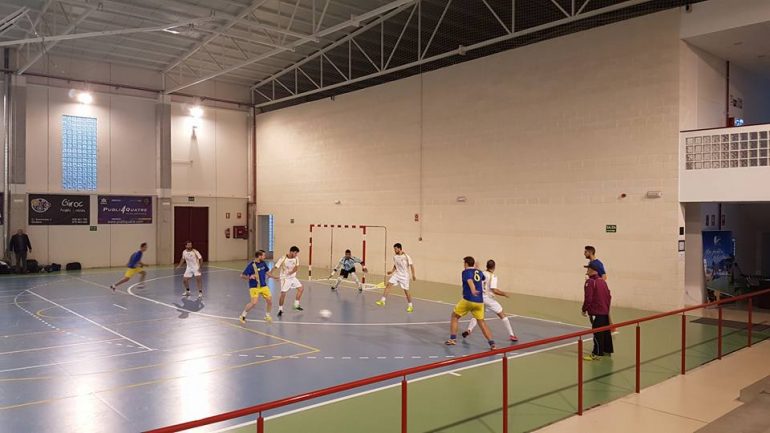 For his part, Juan Miguel Rte easily got rid of Els Poblets team which defeated by 3 0 to. A victory leader after the draw leaves him two points behind in the standings.

The rout of the day came from the hand of the whole Reale Seguros Ginestar who won 15 1 to the Bar Cal Nay. Little can comment on a party that the insured team dominated from start to finish. With this win the Reale consolidates his third place, but with the same points that have the Hotel Nou Roma. Hoteliers did not exceed five tie before the set of Il Fratelli. A stumbling block after the victory of AD GroupSeyma by 1 10 before the FS to Moraira, press the classification in the chasing group leader.

The set of Baleària take air and scale some positions after defeating the Paidos 5 8 to Dénia by. Easier than it had anticipated the Dorian Gray who won 2 7 to the House Llobell. 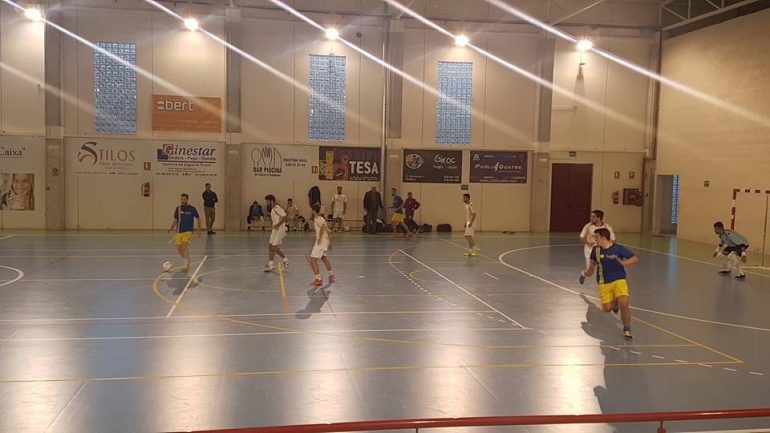 The team's director championship is Reale Seguros Ginestar who has scored goals 98. The fewest is Bodega Aguilar conceded that 15. 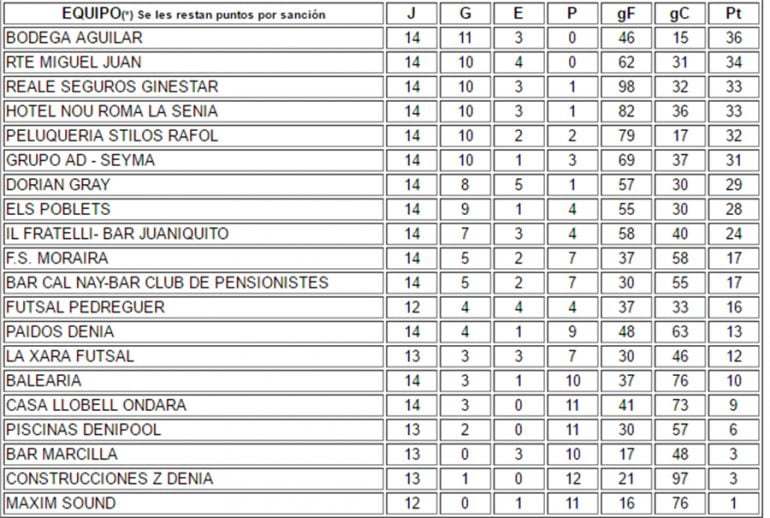